China’s Resource Diplomacy: It’s not Charity for sure 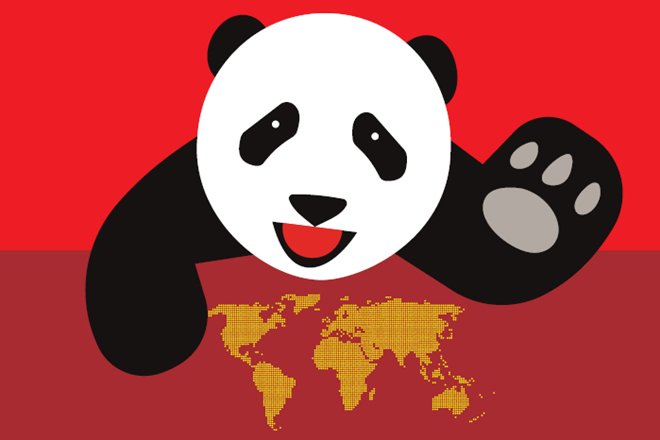 Resource diplomacy refers to the diplomatic activity designed to enhance a nation’s access to resources and its energy security.

It normally happens when great powers contend for supremacy. There are several interlinked components of resource diplomacy. Generally, resource security has three components namely insuring a stable supply of energy and resources; keeping resource supplies at acceptable prices; and being able to transfer those resources to fixed locations, not necessarily to the home country but where they can be processed or consumed.

In economic context, if recipient countries negotiate for a win-win outcome, resource diplomacy can work positively in supporting infrastructure growth for developing countries. However, in most instances, the inhibiting factor for a balanced outcome is that beggars cannot be choosers.

China’s enormous overseas spending has slowly allowed it to write the rules for 21st Century commerce as part of this resource diplomacy.

The increased overseas purchases of resources makes other countries dependent on China’s economy for their own growth, thereby expanding China’s global influence.

The transformation of the BRICs acronym from an investment term into a household name of international politics and, more recently, into a semi-institutionalized political outfit (called BRICS, with a capital ‘S’ after South Africa’s inclusion), is one of the defining developments in international politics of the first decade of the 21st century.

Beijing’s aim is to help displace the United States and Europe as the leading financial power in large parts of the developing world. To some extent, Beijing may wield some economic power over other competing global economies given that history has never set any precedent that an empire is capable of governing the world forever. Currently, international order is being restructured where traditionally-dominant economies have undergone adjustments and restrictions necessitated by the global financial crisis and its aftermath.

As if endorsing the foregoing assertion, the International Monetary Fund (IMF) unavoidably blessed the Chinese Renminbi as one of the world’s elite currencies, alongside the Dollar, Euro, Pound and Yen. Developing countries especially in Africa are increasingly finding that they must operate in China’s orbit to support their growth.

China and the African continent collectively contain a third of the global population and have recorded the fastest growth rates in the world over the past 15 years.

In some countries across Africa, a deeper relationship with China is already paying dividends. For example, the findings from Afrobarometer’s 2014/2015 surveys in 36 African countries, which included a special series of questions on China, suggest that generally 63% of the respondents have favourable views on economic and assistance activities by China.

Although there are several caveats to using this data to corroborate economic sense, the exactness of these survey results is less important than what the actual numbers signify. The recent exponential growth in China-Africa trade corridor numbers support the view that China and African countries are developing commercial ties that are more balanced, diversified, and beneficial to both regions.

China Development Bank and the Export-Import Bank of China have financed big-ticket projects in Asia and Africa as compared to Bretton Woods Institutions (the World Bank and IMF).

In addition, the birth of the Asian Infrastructure Investment Bank where China has significant power was a result of the difficulties China faced to get veto power in Bretton Woods Institutions. In 2015, the BRICS bank was also formed and China holds a clear dominance within the BRICS group (Brazil, Russia, India, China and South Africa).

BRICS bank is highly regarded as a competitor or alternative to the IMF and World Bank. China’s economic clout in Africa has strengthened and there are fears that Beijing would use these development banks as another tool to exert its influence across the global economy.

Although China-Africa relationship has evolved greatly over the past few years, critics and common pessimistic perceptions have not kept pace with changing realities. Traditionally, the Chinese are not very transparent about their flows of overseas loans.

China is not a member of the Organisation for Economic Co-operation and Development (OECD) and thus they do not participate in the OECD’s Creditor Reporting System, which is the source for much of the data on official flows from the wealthier countries.

While Chinese policy bank officials do release data from time to time on their African loan commitments, this is not systematic in either their parameters or specificity. As is the case with the United States Export Import Bank and other export credit agencies, Chinese banks also rarely publish information regarding specific financing agreements.

It is also uncommon for the recipients of such financing to fully disclose the details of the finance they receive. More often, the loans are tied to the use of Chinese contractors on the projects.

In this regard, China’s investment has been cast as an exploitative neo-colonial business partner with little interest in forging genuine win-win deals in African nations.

Sometimes, the pessimists’ views have some merit given the opaque, government-to-government nature of China’s relationship with the continent. Other schools of thoughts opine that the behind-closed-doors, government-to-government approach of the Chinese state entities lacks transparency and it has therefore been criticised for compromising the expected economic and social benefits of such deals for African countries.

For example, from 2000 to 2015, the Chinese government, banks and contractors extended US$94,4 billion worth of loans to African governments and state-owned enterprises (SOEs).

The figures speak for themselves that indeed the burgeoning of Sino-African links is unprecedented and is becoming the main topic of interest in Africa’s international relations. African governments typically agree to long-term concessionary loans from the Export Import Bank of China to fund major infrastructure projects. They do so because other sources of financing are lacking or are too slow to meet immediate infrastructure needs.

China has realised that Africa is unique and that the approach by Bretton Woods is tied to archaic and largely ineffective Africa investment models hence the danger of missing out on the double digit returns that successful African investments provide.

Thus, the capital flows behind this system of infrastructure financing, often results in illogical comparison between United States, European, and Chinese forms of investment in Africa. Zimbabwe has also been the loci for Chinese investments.

In July 2017, Zimbabwe made an application an application for US$153 million from China Export Import Bank for the upgrade of Harare International Airport. Loans pledged by Exim Bank are in excess of US$1 billion.

In 2016, China’s Premier surprised several global powerhouses when he visited Zimbabwe and pledged around US$4 billion of China-led Foreign Direct Investment (FDI). If executed, this level of commitment contrasts starkly with the action or lack thereof from Bretton Woods banks in Zimbabwe.

It is unfortunate that some of the innumerable challenges mentioned as investment deterrents in Chung’s article have not been addressed hence the delays in real China-led FDI flow in the country. It is worth emphasising that given the shifting global dynamics, what ultimately comes from China’s promises depends largely on what we do ourselves.

Sustainability relies not only on goodwill from the East and the West, but also on us being able to add value, negotiate and focus on long-term goals as already achieved by other neighbouring countries whose China-led FDI flows are comparatively high despite vast opportunities in-country.

China has backed its proposal for real win-win cooperation between China and Africa by committing US$60 billion of new investment in major projects which can help develop local economic capacity if the country religiously pursues these opportunities.

Pursuing the opportunities embedded in China-Africa trade corridor is a low hanging fruit for Zimbabwe given that China’s investment in Africa often eschews conditionality as compared to Bretton Woods Institutions.

As for Zimbabwe, the compelling returns will be gained by setting up an investment-led task force to take advantage of China’s resource diplomacy and unlock massive investment potential for the benefit of the country.

The enormity of infrastructure gaps that Zimbabwe needs to resolve requires exploring these strategic opportunities offered by these “all-weather” friends.

Chishamba is a Zimbabwean banker with experience in treasury and corporate banking. He writes in his personal capacity.

3 thoughts on “China’s Resource Diplomacy: It’s not Charity for sure”