Who understands our times, Bernie or The Donald?

There are many explanations for Benjamin Netanyahu’s victory in this week’s election that have to do with Israel’s particular situation — its economic boom, stable security climate and the prime minister’s political talent. But he is also part of a much larger phenomenon: the continued strength of populist nationalism around the world — and the continued inability of left-of-center parties to respond to it. 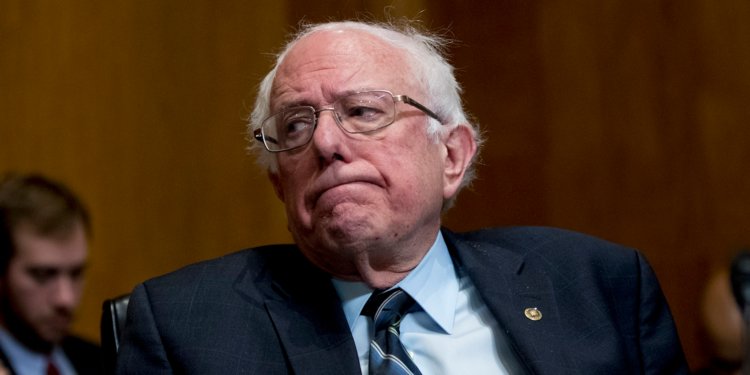 The case for populist nationalism goes something like this. It’s a nasty world out there. People are trying to take our jobs, undermine our security, move into our country. The cosmopolitan urban elites don’t care; they benefit from these forces. So we need a tough guy who will stand up for the nation and against the liberals in our midst.

In some variant or another, this is the argument made by Netanyahu, Vladimir Putin, Recep Tayyip Erdogan, Narendra Modi, Viktor Orban, Jaroslaw Kaczynski, Jair Bolsonaro, the Brexiteers — and, of course, President Trump.

In 1972, the philosopher Isaiah Berlin wrote that nationalism “expresses the inflamed desire of the insufficiently regarded to count for something among the cultures of the world.” He placed the roots of modern nationalism in Germany, a country obsessed with finding its place in the sun. But the sentiment — a kind of victim mentality — can be found in almost all modern variations, even among rich and powerful nations.

Look at Putin’s claim that Russia has been pushed around by the West since the Cold War, the Chinese obsession with their humiliation since the opium wars, the Israeli right’s complaint that the world is biased against Israel and Trump’s constant refrain that all foreigners — from Mexicans to Chinese to Europeans — take advantage of the United States. These leaders promise to rectify the situation and restore their countries’ proper standing in the world.

When asked the next day what he meant by the term, Trump responded, “I love our country. And our country has taken second fiddle. . . . We’re giving all of our wealth, all of our money, to other countries. And then they don’t treat us properly.”

Netanyahu, for his part, has long argued that Israel deserves a much better “place among the nations,” a phrase that was the title of his 1993 book that argued for a robust Israeli nationalism that is aggressive and unapologetic. Though Israel’s strength and security have grown immeasurably, as its historical enemies — Saudi Arabia and Syria, among others — have either become buddies or basket cases, the argument that the world is against it has somehow persisted.

In fact, despite the pose of victim hood adopted by most of these populists, nationalism is probably the most widely held ideology in the world today. Which American politician today does not speak up for the United States? The real debate is whether nationalism should be informed and influenced by other values such as liberty and equality and, if these two sets of values conflict, which one should be preferred. That’s why the most ardent capitalists — from Friedrich Hayek to Milton Friedman — have always been in favor of globalization and economic freedom above nationalist protections and controls.

The danger for liberals is that they underestimate the power of these raw, emotional appeals. For centuries, liberals have assumed that nationalism was a kind of irrational attachment that would grow weaker as people became more rational, connected and worldly. In fact, Berlin wrote, like a twig that is bent in one direction and has to snap back, as globalization grew in its reach, nationalism would be the predictable backlash.

Populist nationalists understand the core appeal of their ideology. I recently asked a Bolsonaro supporter whether the Brazilian president’s economic policies (which are free-market-oriented and reformist) or his cultural nationalism was the key to his appeal. The supporter’s answer: Nationalism is the party’s core; the economics is simply about efficiency and growth.

Meanwhile, liberals in the United States still don’t seem to get it. The Democratic Party continues to think the solution to its woes is to keep moving leftward economically. This week, Sen. Bernie Sanders (I-Vt.) revealed his new Medicare-for-all plan, which was immediately co-sponsored by four other presidential candidates. The plan will probably require an additional $2 trillion to $3 trillion in annual tax revenue.At the same time, Trump tweets about the Democrats’ love of “open borders” and insists he will protect the country and enforce its laws. What if Trump understands the mood of our times better than Sanders?