The former MP again says while the Royal Address is being debated, the Dewan Rakyat is set to debate PAS’ shariah bill in defiance of the High Court judgement.

KUALA LUMPUR: Outspoken former MP Tawfik Tun Ismail who is seeking to stop the tabling of PAS’ shariah bill in Parliament has again warned that matters on religion come under the jurisdiction of the Malay Rulers, and as such it would be against the Rule of Law to list the bill in the Dewan Rakyat’s Order Paper.

“The Rule of Law starts at the House of Laws,” said Tawfik, the son of the late Tun Dr. Ismail Abdul Rahman who served as Deputy Prime Minister and Home Affairs in the Seventies.

Tawfik has named Dewan Rakyat Speaker Pandikar Amin Mulia and Secretary Roosme Hamzah as defendants in his bid to seek a court order to stop the tabling of a bill to amend the the Shariah Courts (Criminal Jurisdiction) Act 1965, known by its Malay acronym RUU355. 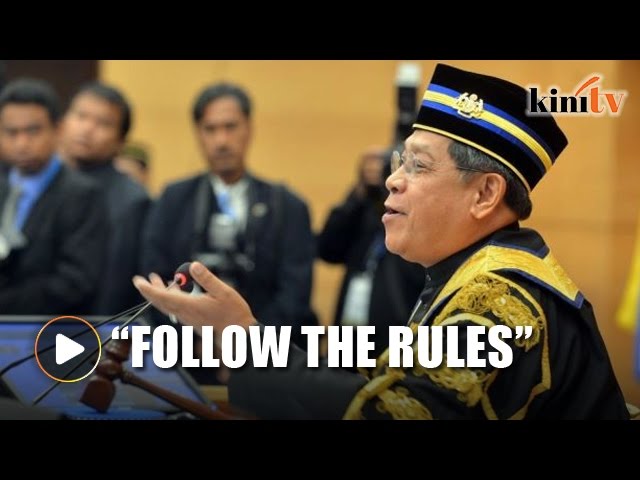 What Rule is the Speaker talking about? Most of the time this moronic Pandikar does not know his job. The Rule of Law is Greek to him. He is another Najib Razak’s horndog, says The Chimp

The amendments proposed by PAS President Abdul Hadi Awang seek to give wider powers to shariah courts as well as introducing stiffer sentences on Muslim offenders.

On February 22, Tawfik scored an initial victory against Pandikar after the High Court rejected the Speaker’s attempt to throw out his suit.

Tawfik has since warned against debating the bill in Parliament, and urged the Attorney-General to advise Pandikar that it would be subjudice to list the bill in the Order Paper, which lists the day’s business for the Dewan Rakyat.

Strange Bedfellows in a Pact to ruin Malaysia for Political Gain

“It is unparliamentary and most improper of, and against the rule of law, for the House to debate the motion of thanks to His Majesty… while Hadi’s bill to amend RUU355 stares you in the face in the daily Order Paper, in defiance of the judgement from the High Court, using laws that were passed in this August House, and in blatant contravention of the Constitution,” he said today.

Tawfik said listing Hadi’s bill in the Order Paper also contradicted the Speaker’s own decision in the past to stop debates on matters that had gone to court, including foreign courts.

He said Pandikar “should apply the same standards to this matter currently being heard before our own nation’s courts”.

“As the next general election is imminent, members from both sides of the House must stand united and obey the very laws you passed, demonstrate your sworn commitment to the nation that gave you the sacred duty to defend, uphold and protect their constitutional rights, and demand the private member’s bill be withdrawn from the Order Paper immediately,” said Tawfik, who also reminded MPs of the oath of office to “preserve, protect and defend” the constitution.

“Not to do so is clear contempt of His Majesty and His Majesty’s judges, in blatant defiance and contravention of the constitution, and the trust that the citizens of this nation have placed upon you all, and the thin end of the wedge that would open the door to further erosion of our fragile Constitution.”

Hadi’s bill seeks to raise the maximum punishment on shariah offenders from the current 3 years’ jail to 30 years, as well as to impose a fine of up to RM100,000 and 100 strokes of the cane.

But Tawfik, in his suit against Pandikar, said Hadi’s motion did not conform with the requirements of the Standing Orders of the Dewan Rakyat and that it violated Article 8 of the Federal Constitution, which guarantees equality for all Malaysians.

On February13, 2018, I wrote about Tawfik Tun Dr Ismails’s case against the Speaker and secretary of the Dewan Rakyat for wrongfully allowing the tabling of a Bill by PAS chief Hadi Awang seeking to increase the sentencing powers of the Syariah Courts more famously known as the RUU355 case. 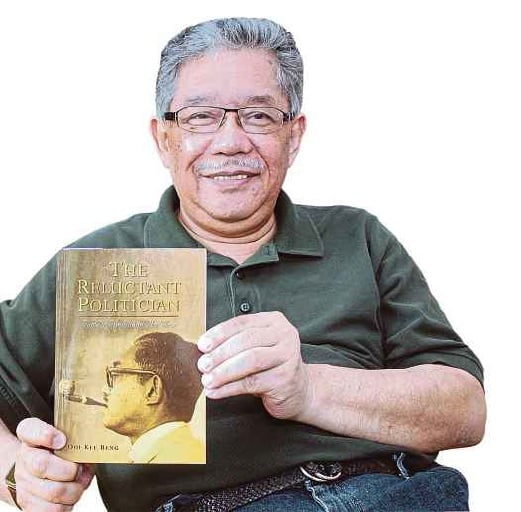 Tawfik Tun Dr Ismail claimed that Speaker Tan Sri Pandikar Amin Mulia acted unconstitutionally by allowing the tabling of Hadi’s Motion and RUU355 without consulting the Conference of Rulers and breaching various laws and the standing orders of Parliament. This amendment would also create inequality in the law amongst Malaysians especially Muslims for purported Syariah criminal offences as the Syariah laws in the states are not uniform.

This case showed that PM Najib and UMNO were playing politics with religion and the Speaker behaved deceitfully in Parliament. See link:

My friend Lawyer Rosli Dahlan, who represented Tawfik, pointed out to Judge Dato Wira Kamaludin Said that Pandikar was misleading the court and showed that the doctrine of Parliamentary supremacy does not apply in Malaysia.

Lawyer Rosli revealed the abuse of parliament by the politicians to pass bad laws for political mileage without concern for the Rakyat especially Muslims. He also said that the Speaker committed treason against the Sultans by sidelining and disregarding the Rulers role to be consulted under Article 38 of the Constitution.

To avoid answering to Rosli’s charges about his treasonous behavior, Pandikar applied to strike out Tawfik’s case by claiming that as Speaker he has absolute immunity and is not answerable to the Courts.

Speaker Pandikar arrogantly defended his deceitful ways by saying -“If you have power, you are powerful. If you don’t use that power, you are a bloody fool!”

On Thursday afternoon February 22, 2018, Judge Kamaludin delivered his verdict that Parliament is not supreme and that the Speaker of Parliament is also subject to the Court’s jurisdiction.

The Judge said -“I agree with En Rosli and in my opinion, the court has jurisdiction to hear this case,” and directed Pandikar to file his affidavits. “I want affidavits to be filed in quick. We cannot keep Parliament waiting,” he said.

Pandikar who had arrogantly refused to answer to the affidavits by Tawfik is now being treated like a delinquent child who refused to hand up his homework. Judge Kamaludin is now chiding Pandikar that he will be punished if he doesn’t file his affidavit.

Once again my friend Lawyer Rosli Dahlan is taking to task public functionaries who misbehaved and abused their powers regardless even if he is the Speaker of Parliament. I salute him for his bravery. Rosli had previously sued Attorney General Gani Patail and successfully moved the court to rule that Gani’s does not have absolute unbridaled powers as Public Prosecutor.

The RUU355 case is significant because a High Court Judge is brave enough to instill discipline even in the Speaker of Parliament that there must be respect and compliance with the Constitution. It is significant because a member of the public is suing the Speaker of Parliament not to sideline the Rulers in matters that involve public policy. This case symbolises the people defending their rulers. Daulat Tuanku!

Thank you Tawfik, thank you Rosli for showing us that Pandikar is the ultimate bloody fool!