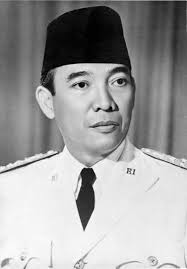 To All our Indonesian friends, associates and blog readers,

Dr. Kamsiah and I wish you all a Happy Independence Day with lots of admiration and feelings. You have come a long way and are now poised to  become the  solid rock of ASEAN in times of global tension and great stress.  It took the people of Indonesia a lot of sacrifices and trials and tribulations to build a nation of diversity and unity, rich in culture and history. But you can justifiably proud of what Indonesia is today. –Dr. Kamsiah Haider and Din Merican

Bandung 2015: A short walk but with giant steps

A short walk but with giant steps–Bandung 2015

(From L) Chinese First Lady Peng Liyuan, China’s President Xi Jinping, Indonesia’s President Joko Widodo, his wife Iriana Widodo, Malaysia’s Prime Minister Najib Razak, his wife Rosmah Mansor, walk down the street with other Asian and African leaders during ceremonies marking the 60th anniversary of the Asian-African Conference in Bandung on western Java island on April 24, 2015. Bandung was the site of the landmark 1955 Asian African Conference, credited with galvanising momentum towards the creation of the Non-Aligned Movement. – AFP

Bandung 2015 is a chance to build on the cooperation among developing countries launched by Bandung 1955.

LAST Friday, I took a 10-minute walk from an old hotel to ano­­ther old building, a confe­rence hall. About 300 others were on the same walk on the warm and sunny day.

It didn’t seem anything remarkable or newsworthy. But this was no ordinary walk. Sixty years ago, on this same date, a small but powerful group of men and women took the same walk and then launched a movement that snowballed into a united anti-colonial and post–colonial battle.

We had come to commemorate and celebrate the anniversary of the Bandung conference of Asian and African leaders, all of whom had just won Independence or were on the verge of doing so.

The same grand Savoy Homann hotel was where the leaders had stayed, and they had taken the historic short walk on the Asia Africa Road to the Merdeka Building.

Bandung April 24, 1955, saw giants like Sukarno of Indonesia, the host, Zhou Enlai of China, Jawaharlal Nehru of India, President Gamal Ab­­del Nasser of Egypt, U Nu of Bur­ma and some leaders of Africa, coming together to discuss the need for newly independent countries to unite and fight for common interests.

They adopted the Bandung principles, that included respect for national sovereignty and self-determination, equality of all nations and abstention from use of force or exerting pressure on countries.

Bandung 1955 was the first ever meeting of the developing countries, who pledged to help other countries still under colonialism to complete their independence struggle, and to cooperate to develop their poor economies. That Bandung spirit led to the formation of the Non-Aligned Movement in 1961, and indirectly also led to the Group of 77 in 1964, the two major umbrella organisations of the developing countries.

Last Friday, political leaders from over 40 countries, led by Indonesian President Joko Widodo, and officials from international organisations walked from Savoy Hotel to Merdeka Building and took part in a brief but meaningful commemoration ceremony. Among the leaders present were the Presidents of China, Zimbabwe and Myanmar, and the Prime Ministers of Malaysia, Nepal and Egypt.

We were told the Merdeka Building had not changed, and the chairs were the same as the ones used 60 years ago. Widodo invoked the memory of the leadership and spirit of the giants of old, who had pioneered their nations’ independence and forged unity among the newly independent countries.

In a two-day Asian African summit conference in Jakarta preceding the Bandung ceremony, even more leaders were present to discuss the theme, South-South Cooperation for Peace and Prosperity.

President Widodo made a strong speech highlighting the continuing power inequalities and injustices in the world, in which developing countries were still struggling to get their rightful fair share in decision-making in world affairs.

Global injustice is obvious, when wealthy nations think they can change the world with their might, when the United Nations is powerless, when force is used without the mandate of the UN and powerful countries ignore the existence of the UN, he said.

Injustice exists when rich countries refuse to recognise the shifts in world economic power and only re­­­­­­­cognise the World Bank, In­ter­national Monetary Fund and the Asian Development Bank, he added.

“The fate of the global economy cannot be left to these three organisations, we need to build a new world order that is open to new countries. A new and fair global system is needed.”

Widodo also stressed that as the Bandung spirit demanded indepen­dence for countries, we are still indebted to the people of Palestine. “We have to struggle with them to give birth to an independent state of Palestine.”

The plight and struggle of Palesti­nians became a major issue at the Summit. It was obvious that the con­­tinuing occupation of Palestine lands and their unfulfilled fight for an independent state was a big piece of “unfinished business” of the Asian African Bandung conference.

A special declaration in support of Palestine was adopted by the conference. Two other documents adopted were the Bandung Message and the new Asia-Africa Strategic Partnership, which details the actions that are to be taken to promote more cooperation in economic, health, food security, education and other areas.

President Xi Jinping of China pledged to provide places for 100,000 students and officials in Asia and Africa for education and training in his country over five years.

He put forward several principles, including to seek common ground and be open to one another’s views, expand South-South cooperation, and the closing of the North-South gap. He also mentioned the new Chinese initiatives of setting up the Asian Infrastructure Investment bank as well as a new fund to finance the activities of the Economic Silk Road and the Maritime Silk Road.

These initiatives by China were a reminder that with the growing wealth of China and some other emerging economies, there is now a real possibility for the developing countries to help one another in financing their own development.

A new trend in South-South ga­­therings is that criticism of the ways of the West in dominating the South is now combined with announcements of how the developing countries are organising various ways to rely more on one another, including creating new institutions.

In a speech representing the South Centre, I mentioned that we support the call by the Indonesian president to establish a new world order where the developing countries have an equal say and enjoy their fair share of the benefits.

In this new and more equitable world order, the developing countries will be able to contribute to the solutions to the multiple crises of global finance and economy, food security, unfulfilled social development, energy and climate change.

The developed countries will change their unsustainable patterns of production and consumption, and assist the developing countries through financial resources and technology transfer to embark on new sustainable development pathways.

South-South cooperation, based on solidarity and mutual benefits, will play an increasingly important role. There is much to be done politically and concretely in this area.

Bandung 1955 was a landmark event that launched many good developments for the newly independent countries.Bandung 2015 could also prove to be a landmark event that catalyses further breakthroughs in South-South cooperation which, together with our better performance in multilateral relations, will implement the building of the new world order that our first generation of leaders were dreaming of.

As the Jakarta and Bandung events came to a close, Indonesian officials indicated that they will be undertaking follow-up actions after the Summit. It is important that concrete programmes are formulated, so that the good-intentioned declarations do not remain only on paper but spark new shoots of South-South cooperation.

Martin Khor is executive director of the South Centre, a research centre of 51 developing countries, based in Geneva. You can e-mail him at director@southcentre.org. The views expressed here are entirely his own.