Know the Difference– Being Jewish and Being Zionist

At the outset, let me make it clear that as far as the Palestinian cause is concerned, I am on the same page as Prime Minister Dr Mahathir Mohamad, although I cannot vouch for his consistency on all the other non-Muslim liberation causes in the rest of the world.

What is disturbing is that through the years, we have witnessed Mahathir’s deliberate refusal to make any distinction between the Jewish people and the ideology of Zionism.

This has huge consequences for how our prime minister stands on racism and racial discrimination in our own country. Those who have followed his political career will note the continuity in his ethos and it was not unexpected that he should once again create a similar rumpus recently on the international stage by conflating Jews with Zionism.

Mahathir’s first claim to fame (or rather, notoriety) was the publication of his “Malay Dilemma” after the May 13th 1969 racial riots in Kuala Lumpur.

It was banned by the then Tunku–led government when it first appeared and Mahathir was expelled from the ruling UMNO. Apart from being an academic embarrassment because of its unashamedly racist paradigm, it was clearly “seditious” by the definition of the government-of-the-day in its undermining of sacred constitutional provisions:

“…the Malays are the rightful owners of Malaya…immigrants (read non-Malay Malaysians) are guests until properly absorbed…immigrants are not truly absorbed until they have abandoned the language and culture of their past.”–Dr.Mahathir Mohamad

Mahathir’s ‘Malay Dilemma’ was an instant hit among the emergent state capitalists in UMNO who were hungry for power since it provided the instant recipe for them to rally populist support for their bid for power just before May 13, 1969. It was the time-tested recipe for opportunistic politicians to use ‘race’ as the rallying cry for political support just as Hitler’s racist polemic, “Mein Kampf” had provided the model for such a political route.

Since the demise of Hitler and his race-steeped ideology and the price paid in blood by the freedom-loving peoples of the world, racism, racial discrimination and other forms of intolerance have been outlawed in the world community by the Universal Declaration on Human Rights 1948, the International Convention on the Eradication of Racial Discrimination (ICERD) 1965 and the World Conference Against Racism, Racial Discrimination, Xenophobia and Related Intolerance (WCAR) in 2001.

Although Malaysia has yet to ratify I-CERD, we are signatories to all these UN treaties.

Glad to be labelled anti-Semitic!

But why is Mahathir so recalcitrant about his blatantly racist attitude towards Jewish people as an ethnic community?

“I am glad to be labelled anti-Semitic,” Mahathir wrote in 2012 on his personal blog. “How can I be otherwise when the Jews who so often talk of the horrors they suffered during the Holocaust show the same Nazi cruelty and hard-heartedness.”

He wrote in his 1970 book “The Malay Dilemma” that “the Jews are not merely hook-nosed, but understand money instinctively.” He was not embarrassed about repeating this recently on international cable TV.

Not all Jews support Zionism

Much of Malaysians’ antipathy towards Israel can be attributed to our government’s longstanding support for the Palestinian cause. But Mahathir’s rancour extends far beyond geopolitics, spanning anti-Semitism of yesteryears including alleging international Jewish conspiracies to blaming the 1997 Asian financial crisis on a Jew, George Soros:

“The Jews rule this world by proxy,” he told the Organisation of Islamic Cooperation summit in 2003.

If Mahathir had studied abroad as I have, he would have come across many Jewish academics, students and politicians who are anti-Zionist activists. 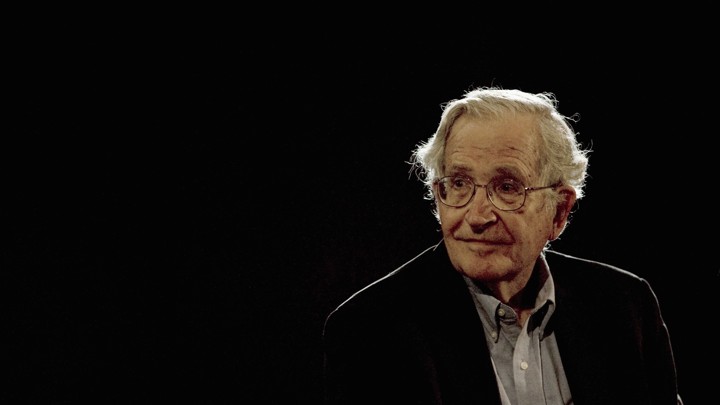 One of the most notable anti-Zionists and pro-Palestinian activists is, of course, Noam Chomsky.

One of the most notable anti-Zionists and pro-Palestinian activists is, of course, Noam Chomsky. There is even a Palestinian solidarity group called ‘Jews for Justice for Palestinians (JfJfP) based in Britain that advocates for human and civil rights, and economic and political freedom, for the Palestinian people. It opposes the current policy of Israel towards the Palestinian territories, particularly the territories of the West Bank and Gaza Strip, and seeks a change in their political status. The membership of JfJfP is primarily made up of British Jews.

“Zionism is itself a racist nationalist movement that has had as its goal the creation and support of a Jewish national state in Palestine. Certainly, not all Jews support Zionism nor do they support Israel’s discriminatory and repressive actions against Palestinians. “–Dr.Kua Kia Soong.

More Jews live outside of Israel and not every inhabitant of Israel is Jewish; there are also many non-Jews living in Israel. Many Jews, both living in Israel and elsewhere support a Palestinian state alongside Israel as a possible solution to the conflict. In other words, not all Jews identify with Zionism and it is mischievous to conflate ‘Jews’ with ‘Israelis’ and ‘Zionists’ just as it is wrong to say that “all ethnic Chinese in Malaysia are rich” or that “all Chinese must be held responsible for the persecution of the Uighurs in Xinjiang, China”. Much of Mahathir’s portrayal of Chinese Malaysians echoes his stereotypical anti-Semitic slurs. In his ‘Malay Dilemma’, Mahathir describes Malaysia’s Chinese as “predatory immigrants” who exhibit an “unlimited acquisitiveness” that threatens the “complete Sinicization of the economy.” They are mistrusted as disloyal and mercenary, enriching themselves at the expense of the country’s other communities. Has he ever shown remorse and rectified his racist thesis in the “Malay Dilemma”?

Ostensibly to “correct the racial imbalance”, the New Economic Policy has provided a carte blanche for the new Malay ruling class to amass wealth in the name of their “race”. Mahathir has justified this blatantly racist policy thus:

“The best way to keep the shares in bumiputera hands is to hand them over to the bumiputeras most capable of retaining them, which means the well-to-do.”

Today, race has been so deeply institutionalised that it is a key factor determining benefits from government development policies, bids for business contracts, education policy, social policy, cultural policy, entry into educational institutions, discounts for purchasing houses and other official policies. Practically every aspect of Malaysian life is permeated by the so-called “Bumiputera policy” based on Malay-centrism.

No wonder the time is not ripe to ratify I-CERD

In the decades since, Mahathir has continued to resort to racial chauvinism whenever popular support has ebbed, stirring anxiety about Chinese investment and immigration following disappointing electoral showings in 2008 and 2013. He castigated Najib for “giving too much to the Chinese” after the disastrous GE13 results.

The recent anti-ICERD rallies organised by UMNO and PAS have now given the prime minister the excuse to say the country is not yet ready to ratify ICERD. The real question is: Is Mahathir ready to eradicate racism, racial discrimination and related intolerances from his own mental paradigm?

As someone has said, “Wisdom doesn’t necessarily come with age. Sometimes age just shows up all by itself!”

Kua Kia Soong is the adviser to Suaram.