Happy Divali to my Malaysian Indian and Hindu friends, Associates and Readers– Thanks for Your Support

Diwali, known as festival of lights, brings Happiness, Love and positivity. Diwali comes every year 21 days after Dusshera. Diwali is celebrated because It was the coming day of Lord Rama to his realm, Ayodhya after 14 years of outcast. People of Ayodhya had admired their King Rama by lightening candles and diyas throughout the area.

May these fireworks burn all our problems and sorrows, and can these light up our life with happiness, joy and peace that this lovely Diwali. Happy Diwali to you and to all of your loved ones!

May Goddess Lakshmi bless you and provide you power to be successful in anything you do.

Diwali is the day to light the diyas,
Ignite the rockets and burst crackers,
But it’s also the time to become secure,
In the fireworks and the sparklers.

With the shining of diyas and the echoes of the chants, may prosperity and happiness of the festival of lights meet our own lives.  Thanks for the mild and prosperity that you bring into my life. Have a joyful Diwali filled with lights, may your life be filled with lights and colors of happiness.

Hope that this Diwali brings in Good Fortune & Abounding Happiness for you. Do not let the shadows of yesterday spoil the sun of  tomorrow .Let this Diwali burn off all of your bad times and enter you in good times.

May that Diwali Light up new fantasies, new expects, undiscovered avenues, distinct perspectives, everything bright & beautiful and fill your days with pleasant surprises and minutes. May the light of Diya direct you towards happiness & pleasure in life!

Happy Diwali to all of you!

A friend arrived from London two days ago, enduring more than 13 hours of non-stop flight, painfully adjusting his body clock to the seven-hour time difference. He was on a car a few hours later heading for Kota Baru. It took him and his family almost 15 hours to reach “home”, more than the time spent on the plane.

Replicate the story all over the country. It is not surprising a two-and-a-half hour trip to Ipoh becomes a nightmarish eight-hour crawl. The trip to the Tangkak interchange from KL normally is a two-hour journey , but it will take at least five hours on a bad day. 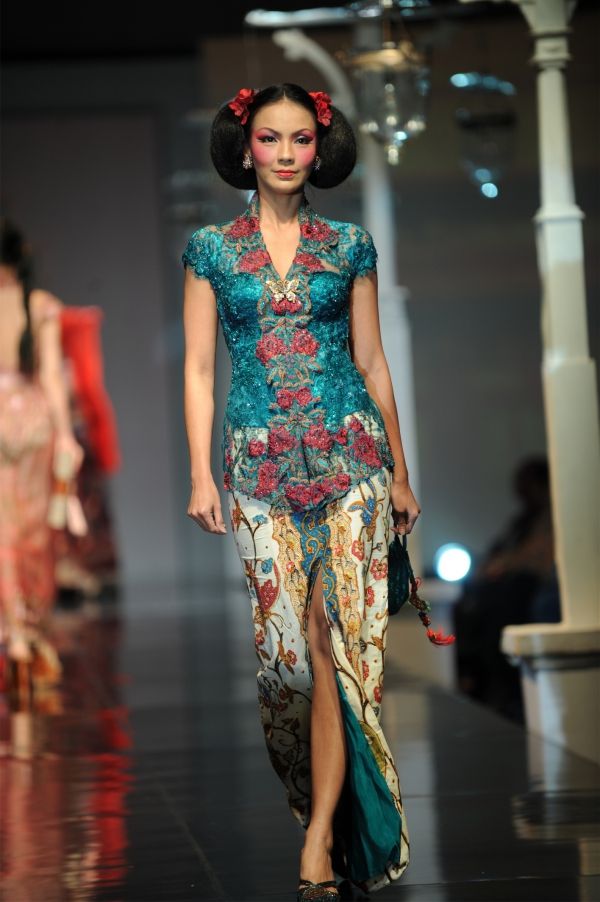 Yet Malaysians still go back home, “balik kampung” – the exodus happens in  all festive seasons. We complain a lot about the horrendous jams but perhaps we have perfected the art of enduring it.

I have no reason to go back to my kampung in Muar. My children are all here in KL and one is working in Australia. It is a trip we can do without. My parents’ home is still standing but my sister-in-law is staying there with her family. Once a year the house is filled to the brim. There is no space left to sleep. Every space is occupied when my siblings and their sons and grandchildren descend upon the house on the eve of Hari Raya.

There is one surviving uncle in the village whom we will visit the second day. Then we will decide what to do next. Some will go back to KL. Others make their own plans. The two nights together matter to us. It is about keluarga berkumpul (family gathering together) more than anything else. It is bonding among the cousins and nieces and rebuilding ties among the siblings.

My children find it perplexing that after 44 years of leaving the village that is not registered in most maps, I am still obsessed about going home. When they were small I has a better excuse. At least an opportunity for them to see real rubber trees or palm-oil trees. Or get the feel of a real village where I used to live. But they are all grown-ups. Only this time, when my interest to go back home is waning, they are the ones insisting to balik kampung.

It has been a long, arduous and challenging journey for people of my generation from the villages to where we are now. Not many in the villages in 60s and the 70s had the opportunity to pursue higher education. Those who did were uprooted from the village and facing new realities in a handful of institutions of higher learning available at the time. Many of us left the villages for good. We domiciled mostly in Lembah Klang or in Penang. So naturally balik kampung became a ritual for many of us.

Things have changed a lot over the years. The surau in my village reflects that change. It used to more alive during the puasa months. After the terawikh, boys would be playing obak or main galah, traditional Javanese games of getting through a guarded barrier without having to be slapped on the back or worse. Religion and cultural festivities mixed well back then. Every 27th of the month there will be the Khatam Quran (completion of reading the Quran). It is a big social event involving every member of the khariah (congregation).

The village is losing many of the young who have gone out seeking better jobs. There are even a few abandoned homes now. The elders have all gone. I can only reflect on the interesting people I encountered growing up in the enclave. They were hard working individuals trying to make a living. Life was tough, but they played equally hard. Religious rituals were observed diligently. But cultural rituals were respected too. They hailed mostly from the area of Ponorogo, in the Javanese heartland in Java, thus they bring along their cultural expressions and performances. My village was known to have kuda kepang, ketoprak, wayang wong, cempuling and at the same time the berzanji, marhaban and even ghazal flourished. In fact my love for culture and the arts were nourished experiencing and watching the rich cultural heritage of the people in my village. 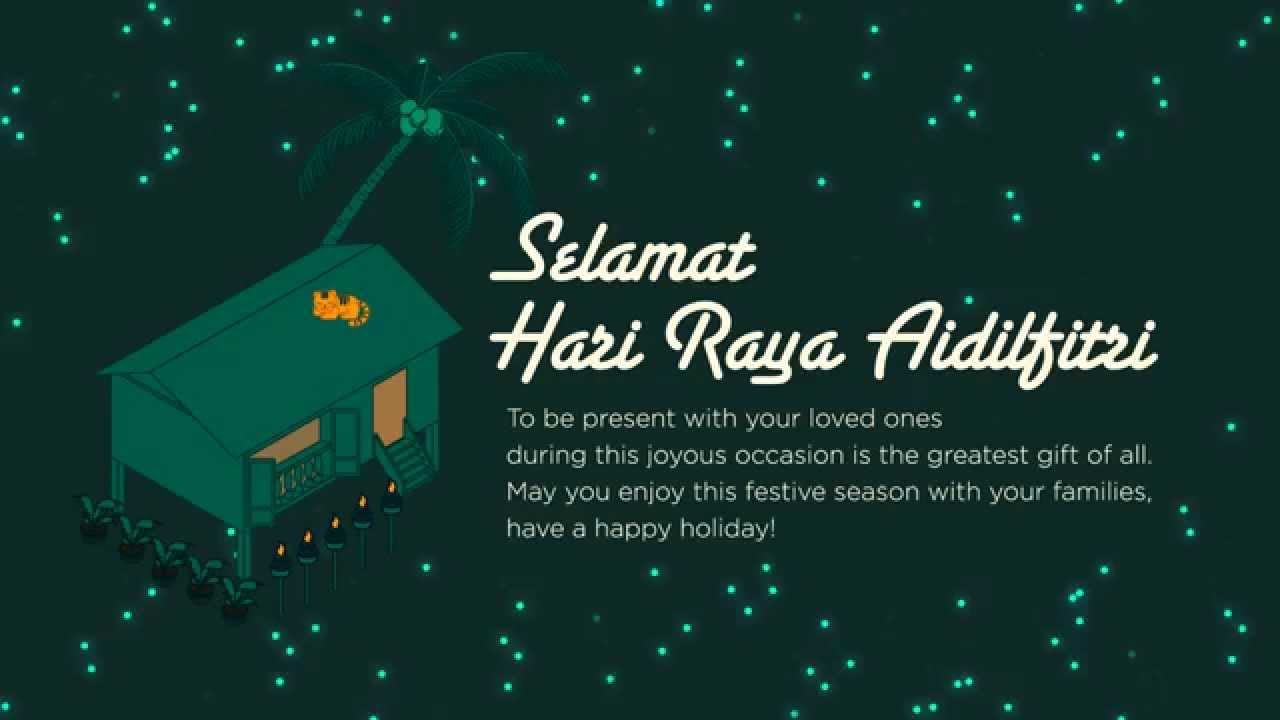 There used to be three car owners in my kampung back in the 60s. There are now probably about 30. During Hari Raya there will be at least 300 cars meandering through the narrow village roads.  It is ironic to see cars bumper to bumper trying to pass through the bridge near my house. I thought I will not encounter a traffic jam here in Sungai Balang Besar. 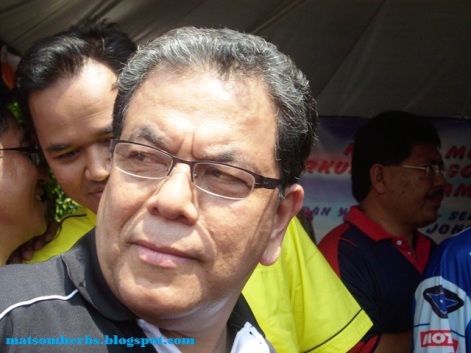 What does balik kampung means to the Malays? Or Malaysians as the whole? Almost everything it seems. Perhaps the younger generation is grappling with the notion of wading through hours of jams to be where their parents were born and raised as ridiculous. But more importantly it is the tradition that matters. The city-born children will never understand the lure of balik kampung fully.

Balik kampung is still the Malaysian thing, at least for many more years to come.

Johan Jaaffar’s love for the arts has not faltered despite his years in the media and the corporate world. He has just published a book, Jejak Seni: Dari Pentas Bangsawan ke Media Prima Berhad which chronicles his 50-year journey as a stage actor, playwright and director.

Phnom Penh at night–hauntingly mysterious, warm and delightful to all

To All Muslim Readers and others of Goodwill in Malaysia and around the world,

I wish you all Selamat Hari Rayo Aidil Fitri, Maaf Zahir & Batin. I thank  you for making my blog a popular one. Your comments and ideas have been helpful and educational. I owe you a depth of gratitude. Best Wishes–Din Merican, Phnom Penh, Cambodia.

Taking a break from blogging 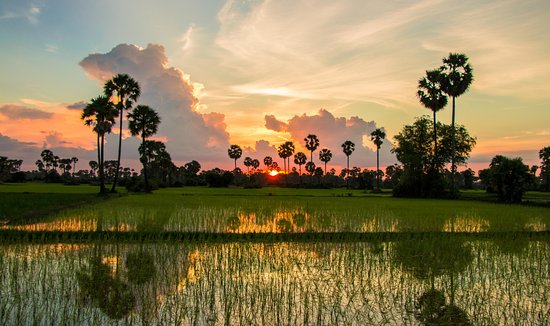 I am taking a break from April 13-18. I shall be away from Phnom Penh to see the beautiful countryside and meet the folks who are the backbone of the Cambodian economy.

I wish my Cambodian readers, friends and associates  a Happy and Peaceful Chhol Chhenam Khmer which falls on April 14, 2018.  –Din Merican

Greetings from Kuala Lumpur and Phnom Penh for Xmas and 2018

Dr. Kamsiah Haider in Kuala Lumpur and Din Merican in Phnom Penh wish all our friends and associates around the world a Merry Christmas 2017 and prosperous New Year, 2018. We are indeed grateful for your warm friendship and support we enjoyed during 2017. We forward to working with you in the coming year and together we can make our world a better place.

We have little time for politicians and ideologues as they are a crop of egoistic, misogynistic  and greedy people. All we have to do is to look at Syria, Yemen, Myanmar, Somalia, Libya, Afghanistan and other places to see for ourselves their handiwork. People are their victims, especially women, children and the elderly. They have lost the moral high ground and we must put our differences aside and work hard for peace.
On the occasion of Christmas and the New Year 2018, may we ask Michael Jackson to sing for us his famous song, Make The World a Better Place. –Dr. Kamsiah Haider and Din Merican.

With the Inauguration of a new President in the United States some 9 months ago, we have entered a period of global uncertainty.  Democracy promoted by  The United States since the end of the Second World War, as we taught to know it, is now dysfunctional. The America Dr. Kamsiah and I knew and admired has become  a selfish and self- centered fading power.

It is no longer the exceptional and indispensable nation. Under President Trump, America has shown worrying signs of having lost its moral high ground to preach and hector other nations on democracy, justice and human rights. At home,  it  is ideologically, religiously and racially divided. A House Divided cannot stand, nor can it lead.

New centers of global power have emerged–China, India and resurgent Russia–to  fill the gap created by  “America First”. My favorite Republican Senator from Arizona and a Vietnam War Hero, John McCain , said it most eloquently  just a couple days ago:

“To fear the world we have organized and led for three-quarters of a century, to abandon the ideals we have advanced around the globe, to refuse the obligations of international leadership and our duty to remain ‘the last best hope of earth’ for the sake of some half-baked, spurious nationalism cooked up by people who would rather find scapegoats than solve problems is as unpatriotic as an attachment to any other tired dogma of the past that Americans consigned to the ash heap of history. We live in a land made of ideals, not blood and soil. We are the custodians of those ideals at home, and their champion abroad.”

It is an uncertain world ahead as Trump’s America looks inwards purportedly to develop its badly neglected infrastructure and the economy. The vacuum in global leadership  is waiting to be filled. The rest of us must now adapt to new players and learn to deal with an enigmatic Donald Trump. It is, therefore, appropriate for us to reflect on the challenges for humanity since these times threaten our common future. What better occasion than Diwali 2017 –The Festival of Lights.

Dr Kamsiah Haider in Kuala Lumpur and I in Phnom Penh take this opportunity to wish you all a Happy Diwali 2017 with lots  of Peace and Happiness.

We thank you all for your friendship, support and kind cooperation. We have enjoyed engaging with you on FaceBook and this blog. We may have not agreed with you most of the time, but we pleased  that you were able to share your views and ideas with us.–Dr. Kamsiah Haider and Din Merican