By The Sarawak Report

The British style is different to that of the United States.  Last month’s Najib visit was leaked in Washington DC a couple of weeks beforehand and when Najib presented his tempting deal to President Donald Trump, consisting of multi-billion dollar investments, his voice audibly trembled as he realised that the whole exchange was being filmed, shortly to be uploaded onto YouTube.

The President showed his contempt soon after by leaving Malaysia out of his South East Asia tour.

By contrast, Najib made it to London a couple of days later, had his half hour with Theresa May and was out again safely before anyone knew anything of the visit.  The detail of that Prime Ministerial discussion was, moreover, kept completely secret. Nevertheless, the evidence is glaring that behind both visits lay extensive and expensive PR preparation and Malaysian lobbying by hired agents with close connections to both the US and UK current governments.

“Now we know what the short little visit to Downing Street was all about. But what has the UK been promised for sending over Prince Charles and what is a promise from Najib Razak worth?”

In the case of the United Kingdom, Sarawak Report has received information that yet another politically-connected UK public relations and private intelligence company has forged a commercial relationship with the Malaysian Government to promote its image, particularly in Sarawak and Sabah, where there is building anger over Prime Minister Najib Razak’s refusal to review the almost non-existent oil royalties being paid to these key resource providing states.

The issue has now extended to Najib’s 2012 Territorial Sea Act, which was specifically designed to further limit Sarawak’s control over its territory to 3 nautical miles from its shore (whereas previously state control extended across the whole continental shelf) thereby taking federal control of Sarawak’s sea-based oil and gas deposits and other rich resources, including marine fishery and other minerals.

Najib has ignored growing demands by the state government of Sarawak, which has responded to popular opinion by asking for a review of these prejudicial arrangements.

Information made available to Sarawak Report makes clear that the company, which has strong connections with the British Conservative Party, has been contracted by Najib in a deliberate and secretive attempt to alter such negative perceptions in favour of the Malaysian Government.

The company promotes a variety of campaigning techniques, but what could be more effective than an old fashioned propaganda coup than the promotion of a Royal Visit, given this company’s clear connections with the present UK Government?

Today, a statement from the Palace confirmed that Charles is making the visit to Malaysia at the request of the UK Government. Evidence suggests that aggressive lobbying by Najib and his PR contractors has played its part.

It means that the world now certainly knows a great deal more about the content of Mr Najib’s secret discussions with Theresa May at Downing Street last month.  These will without question have included this matter of parading Prince Charles (and his wife Camilla) around Malaysia, inevitably providing a PR opportunity to a Prime Minister, who has spectacularly robbed his people in a world record theft.

Without doubt also there is a valuable quid pro quo in the background from the UK’s point of view, just as there was with regard to the visit arranged with President Trump.

Granted, Prime Minister Theresa May is anxious to demonstrate that the British Government can deliver unilateral trading agreements post-Brexit and that will have doubtless have been on the list.

However, it is also worth a very hefty bet that long mooted arms sales were also on the Downing Street agenda.  Najib’s promises to buy billions of dollars worth of Boeing passenger jets from the United States have echoed to the hollow ring of empty coffers, but it is almost certain that the Malaysian Prime Minister will have thrown out the same bogus line to the United Kingdom, which has been dancing around with various European rivals for several years, chasing supposed military contracts that Najib is at least pretending he is looking to complete.

After all, this veteran UMNO politician has become a cynical expert in playing first world arms-selling nations at their own game.  Even if it comes to naught, the Foreign Office mandarins behind this tawdry visit can expect a nice pat on the back and a chance to move on long before the sham becomes clear. And the PR companies involved can claim to have earned their Malaysian taxpayer-funded contract.

In return, the UK’s respected Royal Family has been pressed into service to cement the deal, providing Najib with the pre-election ‘validation’ he craves to project in the face of his international disgrace over 1MDB.

Snub To Myanmar Over Rohingya Implies Clean Bill Of Health To Najib!

It is plainly disgraceful that Prince Charles has been used in such a way and advised to travel across the world to shake hands with a kleptocrat before (even worse) being sent to visit the Governor of Sarawak, who is an even more egregious kleptocrat, responsible for destroying the rainforest that the Prince, who is a passionate enviromentalist and indigenous rights supporter, has long campaigned to protect.

After all, Sarawak and Sabah remain BN’s crucial ‘safe deposit’ of seats needed to prop Najib up in power.  The Malaysian PM is clearly determined to keep their oil money, whilst manipulating perceptions back into his own favour, as he hands out cheap bribes in the normal way. 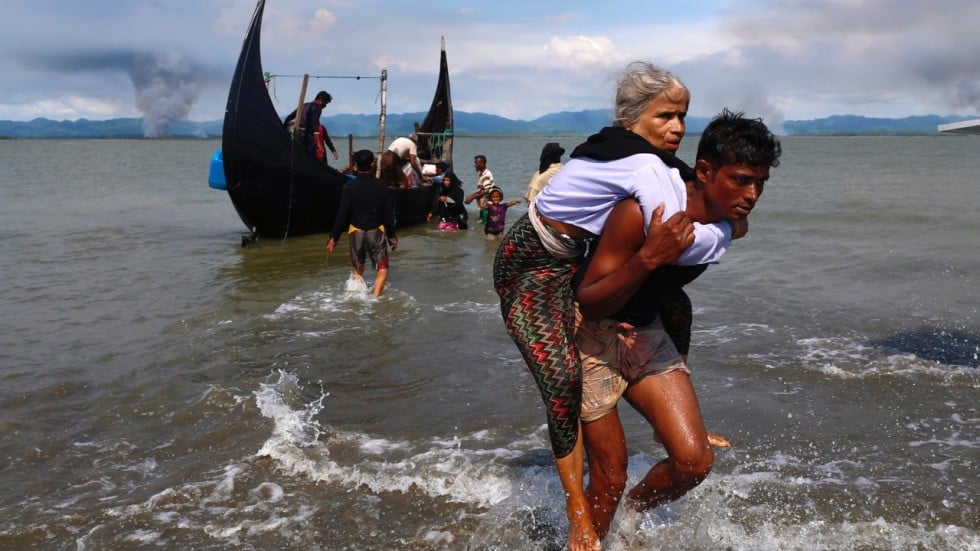 Even more disgraceful is the fact that this ‘validating’ tour of Malaysia sanctioned by the British Government has been accompanied by a deliberate and public snub of Myanmar, by means of an announcement that the Royal Couple have abandoned their plan to also visit, because of the treatment of the Rohingya.  Campaigners on this issue have made the point perfectly in their statements on the matter:

““To have someone of Prince Charles’s stature go to visit the country would be seen as a reward, and giving legitimacy to the government and the military that are currently violating international law,” said Mark Farmaner, Director of Burma Campaign UK.” [Reuters]

Fair enough.  However, instead the ‘reward’ has gone to the global class kleptocrat leader of Malaysia, who has been desperately seeking just this form of international endorsement in front of his electorate as he gears up for his next election.

There can be no doubt in anyone’s mind whatsoever how Najib will use the visit.  He, his spinners and propaganda media will declare that this British Royal ‘valediction’ proves what they have been claiming for months, which is that the DOJ case against him over 1MDB is just a cooked up plot by foreign bloggers.

If Prince Charles is willing to endorse him, they will ask, how can he possibly have been identified as having stolen billions of dollars from his people? The poke in the eye to Aung San Suu Kyi (pic above), who has struggled against the military in her country, is another boon to Najib, since he has recently started to posture as a champion of the refugees as a convenient way of forging further solidarity with his new friends in PAS.

The Malaysian PM wants people to forget that he and his government were initially responsible for one of the most vicious and cold-hearted rejections of these fellow Muslims in their plight, when Malaysia turned around several hundred in their sinking boats away from the safety of its shores, only to have most of them drown.  Najib made no apology for this outrage until Sarawak Report and others decried such atrocious and pitiless behaviour – and yet he now, thanks to his trade deal, Najib expects to be praised compared to Myanmar.

In Return For ‘Trade’ Must Charles White-Wash Najib And Green-Wash Taib to Sarawak’s Voters?

By traveling to Sarawak and politely shaking hands with the hierachy there, Prince Charles will be complying with one of Najib’s key pre-election priorities, which is to change the perceptions of that Christian state in favour of him and his Government.

The locals will be expected to  reassured through Charles’s presence that Najib is their best option and that he is looking after the concerns of non-Muslims after all, despite the cosying up to extremist Islamic action groups and their harsh agenda to turn Malaysia into an intolerant Islamic State.

Charles, who has long championed the rights of the indigenous peoples and Penan of Sarawak and deplored the greedy destruction of their natives jungle lands, will be lined up to shake the hand of another even more egregious kleptocrat, none other than Governor Taib Mahmud who is single-handedly most responsible for the felling of the Borneo Jungle and has stolen the vast majority of the profits gained.

The  late Bruno Manser with a Penan Chieftain

As heir to the role of Head of the Church of England he will be publicly flagged up in Sarawak as endorsing a regime that has pushed back against the rights of the majority Christian population of that state: excluding them from power, taking their lands and treating them as second class citizens over the six decades since independence.

Sarawak Report suggests that Malaysians demand further details of Najib’s lobbying contracts with his politically connected UK PR company. Taxpayers have a right to know how much public money has been spent on yet another PR contract designed to covertly maniputlate peoples’ opinion at their own expense.

They should further be entitled to know exactly what promises have been made to the UK in terms of investment of Malaysia’s dwindling reserves of cash, on top of the enormous commitments their Prime Minister has already just made to the US?