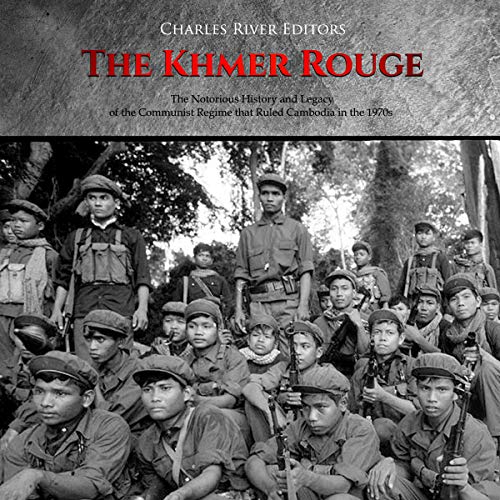 A researcher with Melbourne University has launched a new study that will seek to gauge recognised Khmer Rouge victims’ satisfaction with reparations projects ordered by the Extraordinary Chambers in the Courts of Cambodia, as well as the projects’ lasting effect on the national consciousness.

Dr Rachel Hughes explained her research in a public lecture on Thursday, saying it would seek to analyse the claim that a trial for perpetrators of crimes against humanity can strengthen rule of law and human rights, while also looking into the way reparations projects affect national reconciliation.

“I’m interested in the tribunal as something more than a legal process,” Hughes said, explaining that the reparations projects could influence the “dynamics of social memory”.

“What is the relationship between the legacies of hybrid criminal tribunals and political and social change in a post-conflict society?” she asked, explaining that as of now, little research has been done on the topic.

Hughes’s study will last two years, culminating in a full-length book and shorter publications periodically released along the way.

The UN’s Office of the High Commissioner for Human Rights defines reparations as “restitution, compensation, rehabilitation, satisfaction, and guarantee of non-repetition”, but the ECCC’s mandate only provides for “collective and moral reparations”, mostly in the form of memorials and education.

Theresa de Langis, an expert on forced marriage during the Khmer Rouge, said that although the ECCC was “breaking new ground” with its reparations projects, there was still room for improvement on the part of the government, which could offer victims more tangible support.

“If the state government were more involved, the reparations could be expanded to include things that victims need like health care and psychosocial support,” de Langis said yesterday.

“The civil party lawyers have come a long way in developing the reparations scheme … to make sure that civil parties are part of the decision-making process,” she said.

According to the tribunal, reparations projects are dependent on “external funding which has already been secured”, and a proposal can only become an official reparation project if the accused party is convicted of the specific crime it addresses.

Youk Chhang, director of the Documentation Center of Cambodia, acknowledged the system of reparations was flawed, but praised the endeavour nonetheless, noting that “justice is defined by the survivors”.

“We must make all effort, knowing that it’s not going to be perfect,” he said.

My advice to this Malaysian MP is that he should deal with the internal problems of his own party, Parti Keadilan Rakyat and sort out Malaysia’s mess before interfering in Cambodia’s internal affairs. So far our relations with the Kingdom have been close and fraternal, despite the fact our previous Ambassador Hassan Malek was a bit of an embarrassment, to put it mildly.

Respect Cambodia’s sovereignty and let the Cambodian people choose the government they want. MP Wong should learn more about the politics of Cambodia, its history and culture, and its progress since 1998. To its credit, the Cambodian Government did not comment on Malaysia’s GE-14, but it did congratulate Dr. Mahathir Mohamad when new Malaysia Government took over Putrajaya on May 9, 2018.

MP Wong Chen, come to Phnom Penh and I will be happy to educate you. For starters, you should know that Cambodia is an open country. Unlike Malaysia, it does not discriminate its citizens on the basis of colour, creed, race or religion. How about fixing that in stead of being bloody minded.–Din Merican

Another comment from Murray Hunter in Bangkok, Thailand: “Maybe Mr Wong is better served getting a foreign affairs parliamentary committee working for issues intra-ASEAN and international. Shooting from the hip outside the Foreign Minister of his Government within the ASEAN understanding may not be the most wise thing to do. Anyway knowing the political climate in Kuala Lumpur at the moment, it is a story that will be forgotten tomorrow.”

A Malaysian parliamentarian raised concerns in his country on Wednesday about Cambodia’s July 29 national elections and urged his government to clarify its position on the subject, the Asean Parliamentarians for Human Rights (APHR) said on Thursday.

Wong Chen (pic above), a member of the People’s Justice Party (PKR) which is part of Malaysia’s ruling coalition, said: “I urge the Malaysian government to take a more proactive stance on Cambodia in the same way we took a proactive stance against the Myanmar government on the Rohingya refugee issue under the Najib administration,” he said.

But the Cambodian Council of Ministers spokesman Phay Siphan brushed off the comments, saying that as Malaysia is just a small country, it can’t wade into the internal affairs of Cambodia.

“I believe that we, as a new government, owe a duty not only to reform our own election laws to safeguard justice and uphold democracy but that we go further and promote and safeguard free and fair elections in the Asean region,” Chen, who is also a member of APHR, said.

Siphan countered, saying: “He is just a Malaysian parliamentarian. Malaysia is a full-rights member of ASEAN which will not interfere in the internal affairs of another member state.”

Adding that Chen is of no interest to the Royal Government of Cambodia, Siphan said he is just a representative of a small country, not ASEAN. “[Malaysia] is not America or France, it is just a small country,” he stressed.

In the lead-up to this month’s elections, the international community has expressed concern about Cambodia’s democratic development.

And while China and Japan continue to help fund the National Election Committee (NEC), the US and the European Union (EU) have withdrawn funds.

Political analyst Lao Mong Hay said Chen’s letter will have little impact because ASEAN governments are bound by the bloc’s policy of non-interference in each other’s internal affairs.

“As it has done before, the Cambodian government would use this principle to ward off what it would call interference in the current election, which is very much the country’s internal affair,” he said.

Hun Sen: No one negotiates better than me

by Ben Sokhean and Quinn Libson

Ben Sokhean, Quinn Libson and Political Analyst Meas Nee would be well advised to read Astrid Noren-Nilsson’s Cambodia’s Second Kingdom: Nation, Imagination and Democracy for a proper understanding of H.E.Cambodian Prime Minister  Samdech Techo Hun Sen’s political philosophy, his trials and tribulations, his achievements since he took control of the country in 1998, and Cambodia’s contested history since Independence in 1953. Samdech Techo Hun Sen puts democracy building in an explicitly developmental context. For the Cambodian Premier, it is peace, stability and development first. –Din Merican In a boast reminiscent of US President Donald Trump, Prime Minister Hun Sen went on a tangent on Wednesday before thousands of garment workers in Por Sen Chey district extolling his negotiating prowess, calling himself one of the top negotiators in the “history of world leaders”, while reiterating that he would not actually be engaging in any such negotiations with the opposition.

The premier emphasised the role he played in negotiating with former members of the Khmer Rouge, saying “Hun Sen’s presence [at negotiations] helped to solve the problems with the soldiers”. He also posited that the job of negotiator, in some ways, is even harder than the role of a soldier on a battlefield, explaining that in battle, the lower-ranked soldiers are the ones in the line of fire, while in negotiation, it’s the high-ranking combatants – like Hun Sen – who are the ones who see the action.

“There is no one using negotiation opportunities better than me in the history of world leaders,” the prime minister told the workers, adding that he had also been carrying out negotiations for longer than any other current leaders.

Political analyst Meas Nee, however, challenged the validity of Hun Sen’s boasts, saying such talks should not just result in a “winner and loser”.

“The negotiator is a person who enables the involved parties to work with one another and solve the problem,” Nee said. “If we look at the current political crisis in Cambodia, if the leader is good, the political crisis would not be stuck in the deadlock it is today, and I think that it would be solved already.”

Despite Hun Sen’s claim that his negotiation skills rival all others, the premier is maintaining his position that he will not entertain the possibility of talks with former members of the forcibly dissolved Cambodia National Rescue Party, which had previously been the only legitimate challenger to Hun Sen’s Cambodian People’s Party in this July’s national elections. On Monday, Hun Sen insisted that there would be no pardons for jailed opposition figures or talks with the CNRP.

CPP spokesman Sok Eysan pinned the blame for the lack of compromise on former opposition leader Sam Rainsy, maintaining that Hun Sen is trying to “build a culture of dialogue” with the result that “all Cambodian people are happy and welcome”. Rainsy has been out of the country since 2015, fleeing a host of politically tinged convictions against him, including some in cases levelled by the premier himself.

“The convict Sam Rainsy is the one trying to destroy the culture of dialogue until it’s dead,” Eysan said.

Responding to Wednesday’s speech, Rainsy had a message for the Premier: “[B]eing really effective in negotiations aimed at peacefully resolving national issues requires at least two fundamental skills: intelligence, which he seems to demonstrate, and courage, which he has yet to show.”

“Hun Sen seems to be only guided by fear in his continuous refusal to engage in any negotiation with the CNRP, the only credible opposition party.”