The AI Road to Serfdom?

Estimates of job losses in the near future due to automation range from 9% to 47%, and jobs themselves are becoming ever more precarious. Should we trust the conventional economic narrative according to which machines inevitably raise workers’ living standards?

Estimates of job losses in the near future due to automation range from 9% to 47%, and jobs themselves are becoming ever more precarious. Yet automation also promises relief from most forms of enforced work, bringing closer to reality Aristotle’s extraordinary prediction that all needed work would one day be carried out by “mechanical slaves,” leaving humans free to live the “good life.” So the age-old question arises again: are machines a threat to humans or a means of emancipating them?

In principle, there need be no contradiction. Automating part of human labor should enable people to work less for more pay, as has been happening since the Industrial Revolution. Hours of work have fallen and real incomes have risen, even as the world’s population increased sevenfold, thanks to the increased productivity of machine-enhanced labor. In rich countries, productivity – output per hour worked – is 25 times higher than it was in 1831. The world has become steadily wealthier with fewer man-hours of work needed to produce that wealth.

Why should this benign process not continue? Where is the serpent in the garden? Most economists would say it is imaginary. People, like novice chess players, see only the first move, not the consequences of it. The first move is that workers in a particular sector are replaced by machines, like the Luddite weavers who lost their jobs to power looms in the nineteenth century. In David Ricardo’s chilling phrase, they become “redundant”.

.But what happens next? The price of clothes falls, because more can be produced at the same cost. So people can buy more clothes, and a greater variety of clothes, as well as other items they could not have afforded before. Jobs are created to meet the shift in demand, replacing the original jobs lost, and if productivity growth continues, hours of work can fall as well.

Notice that, in this rosy scenario, no trade unions, minimum wages, job protections, or schemes of redistribution are needed to raise workers’ real (inflation-adjusted) income. Rising wages are an automatic effect of the fall in the cost of goods. Provided there is no downward pressure on money wages from increased competition for work, the automatic effect of technological innovation is to raise the standard of living.

This is the famous argument of Friedrich Hayek against any attempt by governments or central banks to stabilize the price level. In any technologically progressive economy, prices should fall except in a few niche markets. Businessmen don’t need low inflation to expand production. They need only the prospect of more sales. “Dearness” of goods is a sign of technological stagnation.

But our chess novice raises two important questions: “If automation is not confined to a single industry, but spreads to others, won’t more and more jobs become redundant? And won’t the increased competition for the remaining jobs force down pay, offsetting and even reversing the gains from cheapness?”

Human beings, the economist replies, will not be replaced, but complemented. Automated systems, whether or not in robot form, will enhance, not destroy, the value of human work, just as a human plus a good computer can still beat the best computer at chess. Of course, humans will have to be “up-skilled.” This will take time, and it will need to be continuous. But once up-skilling is in train, there is no reason to expect any net loss of jobs. And because the value of the jobs will have been enhanced, real incomes will continue to rise. Rather than fearing the machines, humans should relax and enjoy the ride to a glorious future.

Besides, the economist will add, machines cannot replace many jobs requiring person-to-person contact, physical dexterity, or non-routine decision-making, at least not any time soon. So there will always be a place for humans in any future pattern of work.

Ignore for a moment, the horrendous costs involved in this wholesale re-direction of human work. The question is which jobs are most at risk in which sectors. According to MIT economist David Autor, automation will substitute for more routinized occupations and complement high-skill, non-routine jobs. Whereas the effects on low-skill jobs will remain relatively unaffected, medium-skill jobs will gradually disappear, while demand for high-skill jobs will rise. “Lovely jobs” at the top and “lousy jobs” at the bottom, as LSE economists Maarten Goos and Alan Manning described it. The frontier of technology stops at what is irreducibly human.

But a future patterned along the lines suggested by Autor has a disturbingly dystopian implication. It is easy to see why lovely human jobs will remain and become even more prized. Exceptional talent will always command a premium. But is it true that lousy jobs will be confined to those with minimal skills? How long will it take those headed for redundancy to up-skill sufficiently to complement the ever-improving machines? And, pending their up-skilling, won’t they swell the competition for lousy jobs? How many generations will have to be sacrificed to fulfil the promise of automation? Science fiction has raced ahead of economic analysis to imagine a future in which a tiny minority of rich rentiers enjoy the almost unlimited services of a minimally-paid majority.

The optimist says: leave it to the market to forge a new, superior equilibrium, as it always has. The pessimist says: without collective action to control the pace and type of innovation, a new serfdom beckons. But while the need for policy intervention to channel automation to human advantage is beyond question, the real serpent in the garden is philosophical and ethical blindness. “A society can be said to be decadent,” wrote the Czech philosopher Jan Patočka, “if it so functions as to encourage a decadent life, a life addicted to what is inhuman by its very nature.”

It is not human jobs that are at risk from the rise of the robots. It is humanity itself. 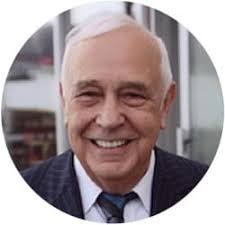 Robert Skidelsky, Professor Emeritus of Political Economy at Warwick University and a fellow of the British Academy in history and economics, is a member of the British House of Lords. The author of a three-volume biography of John Maynard Keynes, he began his political career in the Labour party, became the Conservative Party’s spokesman for Treasury affairs in the House of Lords, and was eventually forced out of the Conservative Party for his opposition to NATO’s intervention in Kosovo in 1999.