The Coming of ‘Disruptive Politics’ in Asia

A few years back, the world was shocked by the political developments in Europe which saw the rise of right-wing nationalism across several countries in the continent. Despite the hope of globalisation being kept alive by the election (and re-election) of pro-establishment forces in France and the Netherlands, the same cannot be said for its other European counterparts.

To the north, the British are certainly grappling on how to make a soft landing for its Brexit move, with many parties now calling for a second referendum to be held to resolve the on-going crisis. Months ago, the same unexpected situation also occurred in Sweden in which Prime Minister Stefan Lovren, as well as his Cabinet, was ousted from power following the post-election’s motion of confidence in the parliament, Riksdag. For sure, this is a blow to the EU as the country that accepted the most migrants, Sweden, is expected to depart from its existing migrant policy in the coming years or so. Germany, on the other hand, recently witnessed the emergence of the right-wing party, Alternative for Germany (AfD).

Whilst the European countries are struggling with right-wing nationalism in a wider scale, we, in Asia are also experiencing a new political wave that is relatively different than the former. The year 2018 is the most crucial year for the continent as there is an emerging trend of (political) regime changes in countries not expected to undergo regime changes in the first place. The main ramification, of course, is potential conflicts with the expansion of Chinese investments as well as China’s push for the Belt and Road Initiative (BRI) in these countries.

There are two types of political regime changes that are occurring in this part of the world.

The first stunner to the world and China will be the watershed victory of Malaysia’s Pakatan Harapan (PH) in the May general election this year. One of the longest surviving political regimes in the world, the then ruling coalition, Barisan Nasional (BN), had been overthrown from power since 1957. With its ouster from power, it further showed to other long serving regimes in Asia that it is totally possible for such deep-rooted political regimes to collapse through democratic electoral process.

As for China, the PH’s victory proved to be a challenging risk to infrastructure projects which it participated with the Najib administration. Adding to this is the property development and plastic recycling projects that are now being evaluated by the PH government for its multiplier effects and adverse impacts. The Malaysia case, therefore, is the clearest example of how political regime change is affecting not just Chinese projects but also China’s BRI push in Asia.

The other clear example will be Maldives. After its own watershed election, the Maldivian electorate sent Ibrahim Mohamed Solih to power and ousted incumbent president Abdulla Yameen. This is yet another shocking development that rattled the world. Not to mention China which provided millions of dollars in loan to the island nation during the Yammen administration? More importantly, Mr Solih’s victory injected a sense of sanguinity to India as the former is seen to be closer to New Delhi instead of Beijing. Again, the political development in Maldives is worthy to be observed if such claims by Indian and foreign media will be translated into Malé’s different approach to the Chinese projects and the BRI push.

As for Pakistan, the victory of Imran Khan’s Pakistan Tehreek e-Insaf (PTI) in the July election is unexpected in that pundits and media certainly did not foresee the big majority being garnered by the party. Adding to that is the victory of a political establishment which is not from either the Sharif or the Bhutto political dynasties. 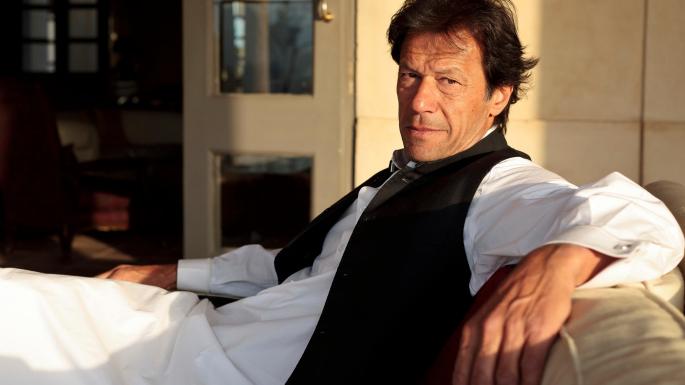 Also, the Pakistan case remains to be relatively clear example of how political regime change will affect both the Chinese investments as well as China’s BRI push in Asia. Following his election, Mr Khan declared his intention to strike a ‘balance’ between its all-weather partner, Beijing and its once ally, the US. Compounding the complexity will be Islamabad’s search for a rescue package from the US-dominated IMF — which in turn, asked the new government to reveal its Chinese debts as a pre-condition for such financial assistance — as well as China’s new loan offers to Pakistan to help solve its national debt crisis.

In all, the three cases of Malaysia, Maldives and Pakistan scenarios indicate that political regime change is an emerging trend in the Asian continent. Considering the fact that it comes at the time Beijing is expanding its footprints in the region and beyond, such trend of regime change is bound to affect in one way or another, Chinese investments as well as China’s BRI push in Asia.

Anbound Research Center (Malaysia) is a subsidiary of ANBOUND, a leading independent think tank headquartered in Beijing. The think tank is also a consultancy firm specializing in China-ASEAN cooperation. For any feedback, please contact: malaysia@anbound.com.