Intuition Is The Highest Form Of Intelligence 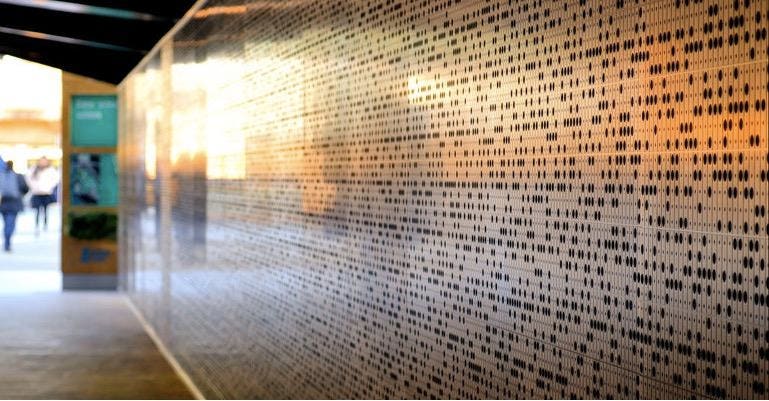 Intuition, argues Gerd Gigerenzer, a director at the Max Planck Institute for Human Development, is less about suddenly “knowing” the right answer and more about instinctively understanding what information is unimportant and can thus be discarded.

Gigerenzer, author of the book Gut Feelings: The Intelligence of the Unconscious, says that he is both intuitive and rational. “In my scientific work, I have hunches. I can’t explain always why I think a certain path is the right way, but I need to trust it and go ahead. I also have the ability to check these hunches and find out what they are about. That’s the science part. Now, in private life, I rely on instinct. For instance, when I first met my wife, I didn’t do computations. Nor did she.”

I’m telling you this because recently one of my readers, Joy Boleda, posed a question that stopped me in my tracks:

What about intuition? It has never been titled as a form of intelligence, but would you think that someone who has great intuition in things, has more intelligence?

My “gut instinct” is to say yes, especially when we are talking about people who are already intellectually curious, rigorous in their pursuit of knowledge, and willing to challenge their own assumptions.

Let me put this a bit simpler. If all you do is sit in a chair and trust your intuition, you are not exercising much intelligence. But if you take a deep dive into a subject and study numerous possibilities, you are exercising intelligence when your gut instinct tells you what is – and isn’t – important.

In some respects, intuition could be thought of as a clear understanding of collective intelligence. For example, most web sites are today organized in an intuitive way, which means they are easy for most people to understand and navigate. This approach evolved after many years of chaos online, as a common wisdom emerged over what information was superfluous and what was essential (i.e. About Us = essential).

Theo Humphries argues that intuitive design can be described as “understandable without the use of instructions”. This is true when an object makes sense to most people because they share a common understanding of the way things work.

You might say that I’m a believer in the power of disciplined intuition. Do your legwork, use your brain, share logical arguments, and I’ll trust and respect your intuitive powers. But if you merely sit in your hammock and ask me to trust your intuition, I’ll quickly be out the door without saying goodbye.

You might say that I’m a believer in the power of disciplined intuition. Do your legwork, use your brain, share logical arguments, and I’ll trust and respect your intuitive powers. But if you merely sit in your hammock and ask me to trust your intuition, I’ll quickly be out the door without saying goodbye.

Although this may be a paraphrase of his thoughts on the subject, Albert Einstein has been widely quoted as saying, “The intuitive mind is a sacred gift and the rational mind is a faithful servant. We have created a society that honors the servant and has forgotten the gift.”

Sometimes, a corporate mandate or group-think or your desire to produce a certain outcome can cause your rational mind to go in the wrong direction. At times like these, it is intuition that holds the power to save you. That “bad feeling” gnawing away at you is your intuition telling you that no matter how badly you might wish to talk yourself into this direction, it is the wrong way to go.

Smart people listen to those feelings. And the smartest people among us – the ones who make great intellectual leaps forward – cannot do this without harnessing the power of intuition.

For over 10 years, I have been a ghostwriter/coach, helping leaders to conceptualize, create and share original ideas. I have created and led dozens of personal and corporate development programs, and am a LinkedIn Influencer with over 850,000 followers