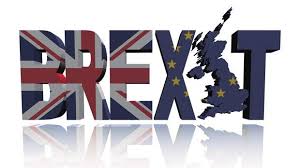 THE debate in Britain on whether the country should get out or remain in the European Union (EU) is fascinating on a number of scores.The statistics often adduced on the cost and benefit of doing one or the other have become mired in a sea of lies and contradiction. Many are confused, and are turning away from the numbers, often disbelieving them.

It has become a strategy the quitters have stumbled upon. They started it by contending the EU cost Britain £350mil a week. Money, they evocatively proclaimed, that is better spent on the ailing National Health Service. When their contention was contradicted, as the UK actually gets back quite a bit of that money, they quietly dropped that particular number.

They still played around with the aggregated £18bil number, ignoring EU rebates and discounts which left the net contribution at £8.5bil.There is no consensus number on how much economic activity and growth the 500 million EU market generates for Britain against that net contribution, but the remain side are clear, should Britain decide to leave on June 23, there would be a loss of over a million jobs, including 100,000 in the City of London. Denied of course by the quitters.

By the time the UK Treasury came out this week with its excellent study on the cost of leaving, all numbers were already wobbling. Thus some sobering numbers from the Treasury report, a £36bil hole in government revenue which would have to be filled either by a rise of 8 pence on basic rate of income tax or 7 pence on VAT, were dismissed as scaremongering.

The calculation that British households would be £4,300 poorer and the economy 6.2% smaller by 2030 was considered as not worthy of consideration coming, the quitters pronounced, from the “unreliable” UK Treasury – with no concern for the reputational damage to an important institution in government whose work is otherwise generally acclaimed.

Instead, an honest admission in that report that Britain was not likely to keep immigration numbers below 100,000 a year while remaining in the EU, was seized upon as failure by Prime Minister David Cameron to fulfill a previous promise.

The End of British Influence in World Affairs–BREXIT

Indeed it is the emotive issues like sovereignty, immigration and David Cameron’s benefit of a few thousand pounds from his father’s off-shore company, that are moving the masses. Never mind no wrongdoing on Cameron’s part was revealed by the Panama Papers – it was the big OC: off-shore company!

This is where the remain side may be losing out, the appeal to emotion, sometimes to some rather base instincts. The speech by Boris Johnson, leading leave proponent, at the start of the official campaign on the referendum a week last Friday, was full of it. It was rabble-rousing, filled with references to French knickers and how empty in the head Romanians were. Who could the remain side rouse the populace against?

Britons, Obama wants to work with Europe for Geo-Political Reasons

President Barack Obama can come along and intone how important the British voice is within Europe, how Britain’s weight would be much reduced outside the EU, and why the European venture started: to stop wars between its big powers and to unite the continent for the benefit of its peoples.

But who among the hoi polloi is going to listen to him, set against how Britain has lost its sovereignty to those bloody foreigners and un-elected bureaucrats in Europe? The scary thing is even the better informed have come to hold this deep grudge against the EU.

By discrediting the numbers the leave side has made the emotive issues the centerpiece, the matters of concern and for decision.Some rather excellent arguments the more level-headed informed public would consider quite persuasive get lost in the jingoistic din.

For example columnist Martin Wolf, who writes for the Financial Times, quite brilliantly made the point as Britain will always have the “perpetual option” to leave, the real question is why it should want to leave now, especially as the quitters have absolutely no idea how they want the UK to be associated with the EU afterwards. And would the other partner in an acrimonious divorce be ready to give any kind of good deal?

On the other hand, he demonstrates with supporting statistics, not all drawn from the Treasury, how exercising the option to depart would deliver immediate losses.But how many people read and understand Martin Wolf? The remain side has to make points such as his in SMS form: Don’t be stupid; We are going to lose our jobs; We have to pay more tax! For good measure, if there is something that could diminish the EPL – such as a freeze on mobility of football talent and higher ticket prices from lower British-centric earnings – the remain side might be on to a winner.

While there is no doubt the statistical cost and benefit analysis, and the geopolitical as well as geo-economic issues, do matter, and will have resonance with sober and informed voters, there are also those who are not particularly bothered about Britain’s voice in the world.

They have to be reached in language and on matters that more immediately concern them. Indeed, Alaister Campbell, the veteran communications practitioner, makes the point that there is a huge gap in the remain campaign – it is not hitting social media and has not addressed opinion formation that is derived from views chat and peer groups are exchanging.

For us in Malaysia, it is interesting to observe how even with an informed and sophisticated electorate, facts and figures can be manipulated and made confusing, even to the point of not accepting self-evident truths.How appeal to base instincts becomes an easy populist option which disfigures facts and, more damagingly, other people. The them, against us. We do this too often in Malaysia, even without the kind of existential debate now taking place in Britain.

For ASEAN, while it should guard against any sense of superiority and complacency, I must confess to a sense of amusement when it was put to me that perhaps our regional association is better founded than the EU. This is a turn-up for the books, as ASEAN has been frequently perceived, especially in academic circles in the UK, as insufficient and deficient.

There is the suggestion that perhaps ASEAN has been wise to proceed with its “community-building” in the way it has done, step-by-step, without rushing, with not too much legalese.

We must, however, not get too carried away. We can not make too much progress just to be safe. There are other regional organizations or associations to choose from which could become more eminent. The challenges within the “ASEAN Community”, such as has been achieved, must be addressed, like the development gap among member states and enhancing the business performance of MSMEs (micro, small and medium enterprises).

Slow and steady may be good, but it should not become somnambulistic. The EU might be going through a rough time – and the British in particular are now tossing and shaking it about – but the historic magnitude of its achievement should not be under-rated. Against this, Asean still has some considerable way to go.