Over 20 years ago, at a conference in Sydney hosted by the Australian Navy, then-Indonesian Ambassador to Australia Sabam Siagian referred to the ‘Vasco Da Gama Epoch’. That was a reference to an expression originally coined by the noted Indian historian and diplomat, K.M Panikkar, in his book Asia and Western Dominance: A Survey of the Vasco da Gama Epoch of Asian History. It described the period between the arrival of Vasco da Gama in Calicut in Southern India in 1498 and the post-World War II period. This was the period when Indonesia and most of Asia fell under European economic and political domination until the Japanese ended the aura of European colonial invincibility in World War II. The post-war period saw former British, Dutch, French and American colonies and territories in Asia gain their independence.

Sabam Siagian, who died last year, was Indonesia’s Ambassador in Canberra from 1991 until 1995. However, he’s mainly remembered as the first Editor-in-Chief of The Jakarta Post, the English-language paper he helped to set up in Indonesia. He was a good communicator in English and, possessing an affable personality, was popular in Australia. Being forthright and outspoken, he wasn’t afraid of ‘rocking the boat’ of conventional wisdom. That was evident in his reference to the Vasco da Gama Epoch. Well ahead of his time, he wanted his Australian naval audience to contemplate a world in which Western powers, particularly the United States, didn’t enjoy the same power and influence in Asia as they had previously. Panikkar and his Vasco da Gama Epoch continues to have implications for Australia and our relations with Asia, particularly Southeast Asia. 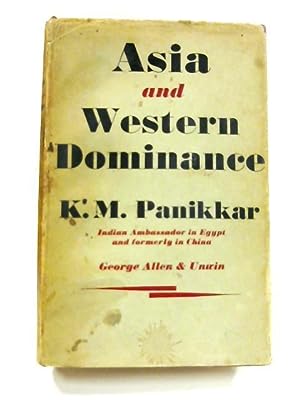 K.M. Panikkar is highly revered by Indian strategic thinkers, but others also subscribe to his view of Asian history. Kishore Mahbubani, currently Dean of the Lee Kuan Yew School of Public Policy in Singapore, echoes similar ideas in his book The New Asian Hemisphere: The irresistible shift of global power to the East, in which he argues that many Western strategic thinkers remain trapped in the past, with an inability to understand the new world, and that Western power and influence isn’t the same as it was before. Pankaj Mishra is another eminent Asian writer who has picked up on insidious aspects of the Western presence in Asia, primarily in his book From the Ruins of Empire: The Revolt against the West and the Remaking of Asia.

Resentment of centuries of Western dominance is a major part of the strategic psyche of both India and China. Strategic thinking in India remains influenced by Panikkar’s writings. India is intent on becoming a pre-eminent power across the wider Indo-Pacific region. However, memories of the deployment  of an American task force led by the aircraft carrier USS Enterprise to the Bay of Bengal at the height of the 1971 Indo-Pakistani War still linger in India’s strategic consciousness. That deployment was viewed by India as an act of American ‘gunboat diplomacy’ that India couldn’t deter at the time. That experience became part of India’s strategic justification for acquiring nuclear attack submarines and bolstering its aircraft carrier capability. In that context, the current détente between India and the United States could be short-term opportunism for India. Its vision of the regional future might well follow Panikkar by seeing no significant long-term role for the United States in Asia.

Similarly, repeated incursions by Western imperialist powers in Chinese history have left an indelible mark on Chinese strategic thinking, leading to an emphasis on national sovereignty and fears of encirclement. It’s unfortunate that many American strategic thinkers continue to show a lack of appreciation of China’s history, especially Western imperialism, and the wide extent of anti-Western sentiment in China.

The Trump presidency in the United States, and uncertainty about its future policies in East Asia, is now serving to strengthen regional views that the Vasco da Gama Epoch is near an end—more quickly perhaps than had previously been anticipated. President Trump’s recent visit to Europe has led to views that he’s ‘weakening the West’ . Those views can only support regional perceptions of declining Western influence.

Those perceptions may be under-appreciated in terms of their impact on regional strategic thinking and assessments of the future of the region. Philippine President Duterte’s stepping back from his country’s links with the United States and moving closer to China add further to the notion of the impending end of the Vasco da Gama Epoch. Similarly, Cambodia, Indonesia, Malaysia and Thailand, and even ASEAN itself as Southeast Asia’s principal regional institution, are all showing that they’re adjusting their strategic thinking to recognise the rise of China and the decline of American power and influence.

What does that mean for Australia? The late Coral Bell, one of Australia’s most eminent international relations scholars, addressed the implications for Australia of the end of the Vasco da Gama Epoch in a 2007 paper, concluding optimistically that ‘The United States will remain the paramount power of the society of states, only in a multipolar world instead of a unipolar or bipolar one’. Unfortunately events of the past decade, including the Global Financial Crisis and the faster than anticipated rise of China, mean some re-assessment of that conclusion is required.

The time will come when the Vasco da Gama Epoch does end and the West enjoys little power and influence in the region. When that happens, Australia won’t be able to lift up our anchor and sail across the Pacific to anchor off the coast of California. Malcolm Turnbull also acknowledged that Australia was locked into the region when, in his address to the recent Shangri-la Dialogue, quoted one time Australian Foreign Minister Paul Hasluck as saying that ‘Others can go…But we can’t go home because this is our home’. In the short-term, it might suit us to maintain support for the United States in the region, but we must also be realistic about the future when the United Sates is much less paramount in the region. Sam Bateman is a professorial research fellow at the Australian National Centre for Ocean Resources and Security (ANCORS), University of Wollongong, and also an adviser to the Maritime Security Programme at the S. Rajaratnam School of International Studies (RSIS), Nanyang Technological University, Singapore.