Former Transparency International stalwart Tunku Abdul Aziz Tunku Ibrahim has lodged a Police report against ex-Premier Dr Mahathir Mohamad, with regard to his recent remark that the Agong is “likely under house arrest”.

Tunku Aziz said he made the report because he believed Mahathir’s remark may pose a threat to Malaysia’s national security. “Mahathir’s remark was an unsubstantiated allegation that could affect the state of our national security. That’s the reason why we are lodging a police report today. We hope the authorities will take action before this situation gets out of hand. It could be very dangerous,” he told reporters outside the Dang Wangi District Police Headquarters today.

Tunku Aziz was accompanied by a few representatives of Jaringan Melayu Malaysia (JMM). He also claimed that Mahathir had made various allegations against Prime Minister Najib Abdul Razak with the sole purpose of removing him from power.

“The pressing issue here is he (Mahathir) is utilising our constitutional laws for his own political agenda. For the sake of national harmony, Mahathir’s antics should not be taken lightly and I urge the authorities to take immediate action,” he added.

Tunku Aziz, who is currently the Malaysian Anti-Corruption Commission (MACC) advisory board chairman also stressed that he had lodged the report in his individual capacity. 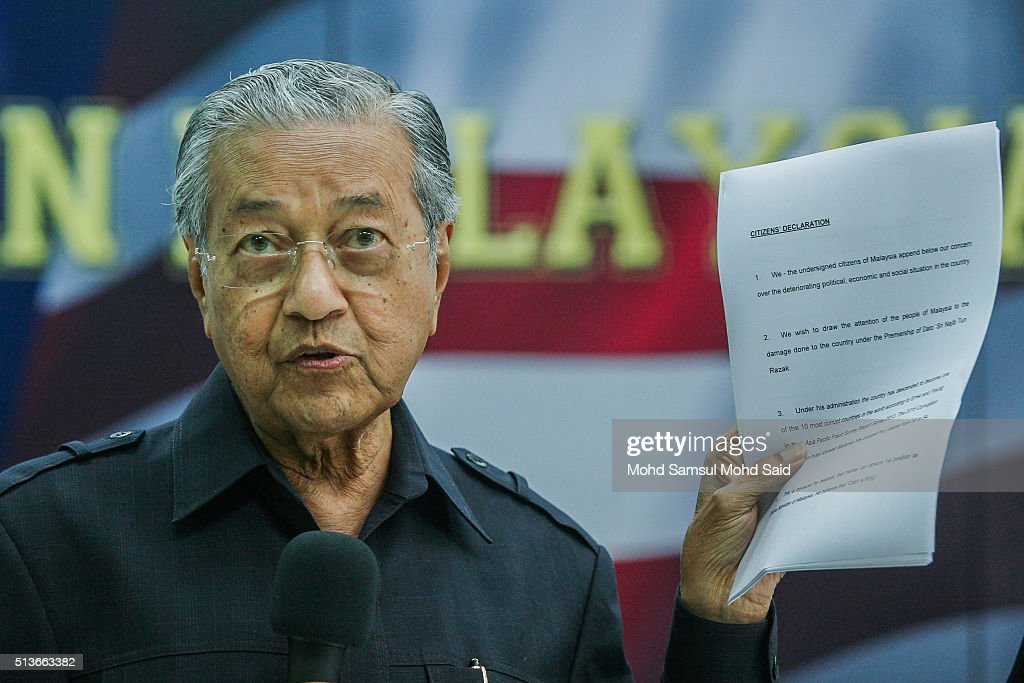 Mahathir had made the remark in question when he revealed he was unable to secure an audience with the Agong to submit the more than one million signatures collected for the Citizens’ Declaration.

“We have got 1.4 million signatures, and we’ve been trying to show them to the Agong. But as of now I’ve not been able to meet the Agong because it’s likely that he’s under house arrest.The rulers may be confined to their palaces,” Mahathir had claimed.

15 thoughts on “Ex-DAP Chair Tunku Aziz in the News”