Asia has an Inflation Problem 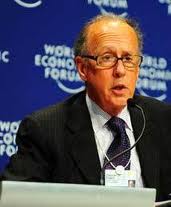 Asia has an inflation problem. The sooner it comes to grips with its problem, the better. Unfortunately, the appropriate sense of urgency is missing.

Willingness to tackle inflation is impeded by Asia’s heavy reliance on exports and external demand. Fearful of a relapse of end-market demand in a still-shaky post-crisis world, Asian policymakers have been reluctant to take an aggressive stand for price stability. That needs to change – before it’s too late.

Excluding Japan, which remains mired in seemingly chronic deflation, Asian inflation rose to 5.3% in the 12 months ending in November 2010, up markedly from the 3.5% rate a year earlier. Trends in the region’s two giants are especially worrisome, with inflation having pierced the 5% threshold in China and running in excess of 8% in India. Price growth is worrisome in Indonesia (7%), Singapore (3.8%), Korea (3.5%), and Thailand (3%) as well.

Yes, sharply rising food prices are an important factor in boosting headline inflation in Asia. But this is hardly a trivial development for low-income families in the developing world, where the share of foodstuffs in household budgets – 46% in India and 33% in China – is 2-3 times the ratio in developed countries.

At the same time, there has been a notable deterioration in underlying “core” inflation, which strips out food and energy prices. Annual core inflation for Asia (excluding Japan) was running at a 4% rate in late 2010 – up about one percentage point from late 2009.

A key lesson from the Great Inflation of the 1970’s is that central banks can’t afford a false sense of comfort from any dichotomy between headline and core inflation. Spillover effects are inevitable, and once a corrosive increase in inflationary expectations sets in, it becomes all the more painful to unwind. The good news for Asia is that most of the region’s monetary authorities are, in fact, tightening policy. The bad news is that they have been generally slow to act.

Financial markets appear to be expecting a good deal more Asian monetary tightening – at least that’s the message that can be drawn from sharply appreciating Asian currencies, which seem to be responding to prospective moves in policy interest rates. Relative to the US dollar, an equal-weighted basket of 10 major Asian currencies (excluding Japan) has retraced the crisis-related distortions of 2008-2009 and has now returned to pre-crisis highs.

Export-led economies, of course, can’t take currency appreciation lightly – it undermines competitiveness and risks eroding the country’s share of the global market. It also invites destabilizing hot-money capital inflows. Given the tenuous post-crisis climate, with uncertain demand prospects in the major markets of the developed world, Asia finds itself in a classic policy trap, dragging its feet on monetary tightening while risking the negative impact of stronger currencies.

There is only one way out for Asia: a significant increase in real, or inflation-adjusted, policy interest rates. Benchmark policy rates are currently below headline inflation in India, South Korea, Hong Kong, Singapore, Thailand, and Indonesia. They are only slightly positive in China, Taiwan, and Malaysia.

The lessons of earlier battles against inflation are clear on one fundamental point: inflationary pressures cannot be contained by negative, or slightly positive, real short-term interest rates. The only effective anti-inflation strategy entails aggressive monetary tightening that takes policy rates into the restrictive zone. The longer this is deferred, the more wrenching the ultimate policy adjustment – and its consequences for growth and employment – will be. With inflation – both headline and core – now on an accelerating path, Asian central banks can’t afford to slip further behind the curve.

Asia has far too many important items on its strategic agenda to remain caught in a policy trap. This is especially true of China, whose government is focused on the pro-consumption rebalancing imperatives of its soon-to-be-enacted 12th Five-Year Plan.

So far, the Chinese leadership has adopted a measured approach to inflation. Its efforts focus mainly on increasing banks’ mandatory reserve ratios while introducing administrative measures to deal with food price pressures, approving a couple of token interest-rate hikes, and managing a modest upward adjustment in the currency.

The mix of Chinese policy tightening, however, needs to shift much more decisively toward higher interest rates. With the Chinese economy still growing at close to 10% per year, the government can afford to take more short-term policy risk in order to clear the way for its structural agenda.

Indeed, China’s dilemma is emblematic of one of developing Asia’s greatest challenges: the need to tilt the growth model away from external toward internal demand. That can’t happen without increased wages and purchasing power for workers. But, in an increasingly inflationary environment, any such efforts could fuel an outbreak of the dreaded wage-price spiral – the same lethal interplay that wreaked such havoc in the United States in the 1970’s. Asia can avoid this problem and get on with the heavy lifting of pro-consumption rebalancing only by nipping inflation in the bud.

Much is made of Asia’s Teflon-like resilience in an otherwise tough post-crisis climate. Led by China, the high-flying economies of developing Asia are increasingly viewed as the new and powerful engines of a multi-speed world. While the jury is out on whether there has really been such a seamless transition of global economic leadership, Asia must face up to the critical challenges that may come with this new role. Inflation, if not addressed now, could seriously compromise the region’s ability to meet those challenges.

Stephen S. Roach, a member of the faculty of Yale University, is Non-Executive Chairman of Morgan Stanley Asia and author of The Next Asia.