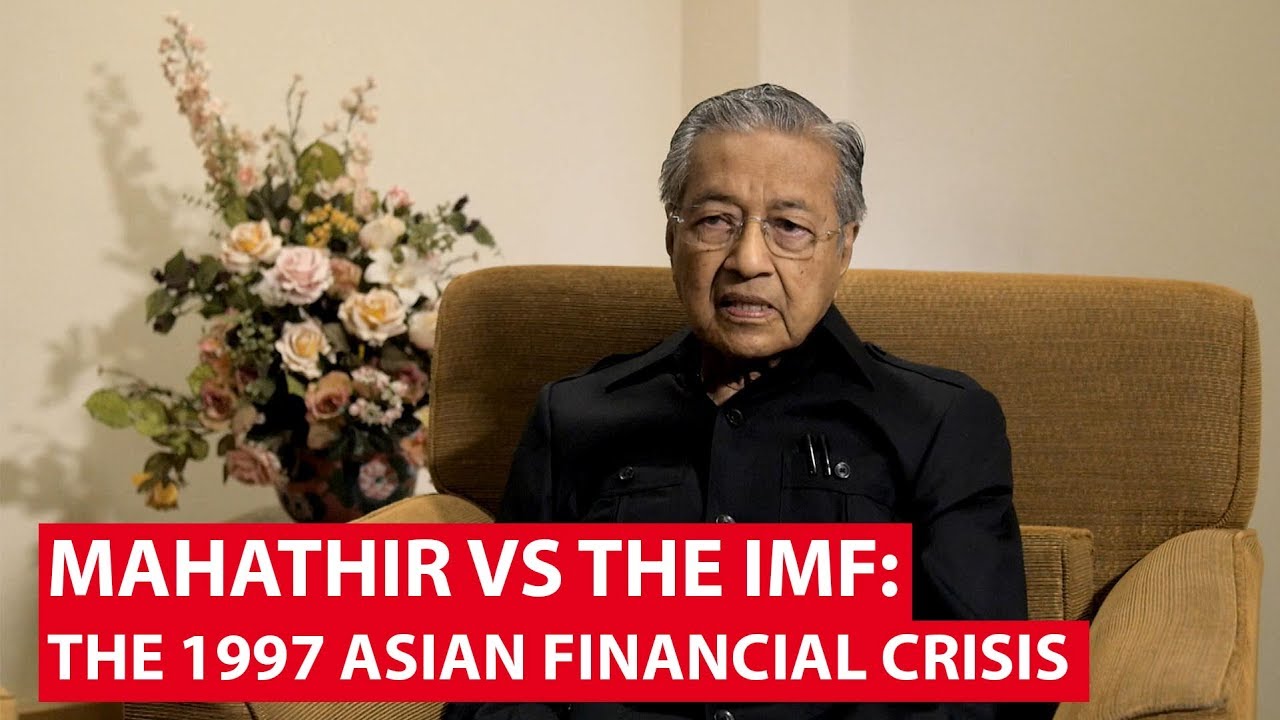 Proposals for an Asian Monetary Fund (AMF) dominated corridor conversations at the 1997 IMF–World Bank annual meetings in Hong Kong. The Asian financial crisis had erupted a few months earlier and was engulfing the region.

The United States vetoed the idea, framing the proposal as the ‘IMF versus AMF’ where any type of AMF would undermine the IMF’s central role in the global financial system. Twenty years on, the circle has been closed, with the IMF launching a framework for collaborative action with regional arrangements.

Arguably, at that early stage of the crisis, the US position was not unreasonable. The mood of Asian finance officials was one of denial. Set against the backdrop of the Asian miracle, it was inconceivable, they thought, that self-inflicted policy distortions — quasi-fixed exchange rates combined with independent monetary policy — as well as compromised financial sector supervision helped drive the crisis. The idea of unconditional financing — not tied to reform — that would avoid reform was, they thought, a defendable proposition.

Still, the push for an AMF did suggest gaps in the global and regional financial architecture. What followed was a struggling ASEAN seeking to catch up, stop gap consultative groups like the Manila Framework Group, and a sequence of ad hoc parallel financing arrangements from the ‘Friends of Thailand’ to Indonesia’s so-called ‘second line of defence’.

The crisis broke on 2 July 1997. By late July, plans led by Japan and in cooperation with the IMF were underway for a regionally based meeting on Thailand. This informal grouping hosted by Japan in Tokyo on 11 August, became the ‘Friends of Thailand’. The concrete outcome of the meeting was a series of financial commitments by seven countries and the multilaterals, with the United States notably absent. The absence of the United States was perhaps shaped by congressional dissatisfaction with the Clinton Administration’s financial support of Mexico, which had been provided directly by the US Treasury without congressional approval during Mexico’s 1994 crisis.

Almost remarkably, this rushed US$17.2 billion collaborative financing arrangement was the regional success story from a sequence of ad hoc efforts to provide funding to mitigate the consequences of the crisis. The support was structured as a series of bilateral arrangements between Thailand and each country. Each drawing under these agreements was triggered in parallel with Thailand’s drawings under the IMF supported program. Commitments were credible as they were both conditional and fulfilled step by step.

By contrast, Indonesia’s more than US$40 billion package — including an US$18 billion ‘second line of defence’ through bilateral support — failed. The enormous scale of the funding, especially at that time, was intended to be a ‘shock and awe’ approach signalling to financial markets that stability was assured.

Some thought the second line would never need to be drawn and perhaps commitments were made with that expectation. But markets saw through this and in short order sufficient questions arose about the willingness of countries to follow through on commitments. This triggered uncertainty at best and arguably made the situation worse.

The South Korean experience of international support was different. The concentration of external debt through the South Korean banking system enabled the coordination of a relatively effective capital control mechanism, creating a window to develop a market-based debt restructuring in the first half of 1998. Here the US Federal Reserve played a leading role, along with other central banks, supported by the technical contributions of IMF and South Korean officials.

Asia’s leaders were unanimous in supportive statements about the need for a regional crisis response mechanism including funding. Yet there were issues that continue to pose a challenge for the credibility of arrangements, such as the ASEAN+3 Chiang Mai Initiative, today. Lee Kuan Yew, while not opposed to an AMF, cautioned that such an arrangement would need to do more than provide funding that might enable crisis countries to avoid essential reform. He went on, ‘I do not see any Asian group of governments in the AMF strong enough to tell … President Suharto, “You will do this or we will not support you”. If you don’t say that and you support him, that’s money down the drain’.

The Manila Framework Group was established in a November 1997 meeting as the direct result of the failed AMF discussions in Hong Kong. It would serve as a surveillance forum of 14 APEC economies meeting regularly and on an ad hoc basis through to the end of 2004. It played an important role by, for example, triggering a June 1998 Tokyo meeting with the G7 to respond to destabilising global currency moves. The G20 would also start in the aftermath of the Asian financial crisis.

ASEAN was a participant but not a driver when the crisis broke. Its most concrete response came a few years later when, along with the ASEAN+3 countries, the Chiang Mai Initiative was launched in 2000. It was a modest first step especially as operational modalities remained to be defined for at least a decade and only in 2016 was there a ‘dry run’ to test the Chiang Mai Initiative’s capacity to respond to crisis.

Indonesia’s hastily developed Deferred Drawdown Option, with multilateral and bilateral support during the Global Financial Crisis, was another ad hoc instrument showing that gaps in the regional financial architecture persisted well into the 2000s.

Twenty years on, the IMF has spelled out plans for how to make the global financial safety net more effective through collaboration with regional financial arrangements — an outcome that seemed remarkably distant in the midst of the Asian financial crisis.

David Nellor is a Jakarta-based consultant. He was based in Asia for the IMF throughout the Asian financial crisis and participated in discussions on regional arrangements.

by The International Monetary Fund

The IMF conducts an Annual Review of member country economic situation. At the conclusion of the consultations the Executive Board considers the findings which are also conveyed to the Government. A Press Release is issued  together with access to the full staff report on the Fund’s website. The Report  is in the nature of a “Report Card”.

The text of the Press Release is reproduced below. The full report can be accessed and downloaded from  ::

On March 15, 2017, the Executive Board of the International Monetary Fund (IMF) concluded the Article IV consultation1 with Malaysia.

Despite a challenging global economic environment, the Malaysian economy performed well over the past few years. Notwithstanding the impact of the global commodity price and financial markets volatility, the economy remained resilient, owing to a diversified production and export base; strong balance sheet positions; a flexible exchange rate; responsive macroeconomic policies; and deep financial markets. While real GDP growth slowed down, Malaysia is still among the fastest growing economies among peers. The challenging global macroeconomic and financial environment puts premium on continued diligence and requires careful calibration of policies going forward.

Risks to the outlook are tilted to the downside, originating from both external and domestic sources. External risks include structurally weak growth in advanced and emerging market economies and retreat from cross-border integration. Although the Malaysian economy has adjusted well to lower global oil prices, sustained low commodity prices would add to the challenge of achieving medium-term fiscal targets. Heightened global financial stress and associated capital flows could affect the economy.

Domestic risks are primarily related to public sector and household debt, along with pockets of vulnerabilities in the corporate sector. Federal debt and contingent liabilities are relatively high, limiting policy space to respond to shocks. Although the household debt-to-GDP ratio is likely to decline, household debt also remains high, with debt servicing capacity growing only moderately.

Real GDP growth rate is expected to increase moderately to 4.5 percent year-on-year (y/y) in 2017 from 4.2 percent in 2016. Domestic demand, led by private consumption, continue to be the main driver of growth, while a drag from net exports, similar to 2016, will remain.

Consumer price inflation is projected to rise and average 2.7 percent y/y in 2017 on the back of higher global oil prices and the rationalization of subsidies on cooking oil. The current account surplus would be largely unchanged as impacts from an improved global outlook and higher commodity prices would be offset by the strength of imports on the back of a resilient domestic demand.

Executive Directors commended the resilience of the Malaysian economy, which reflects sound macroeconomic policy responses in the face of significant headwinds and risks. While Malaysia’s economic growth is expected to continue in 2017, weaker-than-expected growth in key advanced and emerging economies or a global retreat from cross-border integration could weigh on the domestic economy. Against this background, Directors urged vigilance and continued efforts to strengthen policy buffers and boost long-term economic growth.

Directors agreed that the authorities’ medium-term fiscal policy is well anchored on achieving a near-balanced federal budget by 2020. The planned consolidation will help alleviate risks from elevated government debt levels and contingent liabilities and build fiscal space for future expansionary policy, as needed.

Directors recommended that the pace of consolidation reflect economic conditions and that any counter-cyclical fiscal policy measures be well-targeted and temporary. They noted that improvements to the fiscal framework, such as elaborating medium term projections and preparing and publishing an annual fiscal risks statement, would help anchor medium-term fiscal adjustment and mitigate risks.

Directors emphasized that global financial market conditions could affect the monetary policy space and should be carefully monitored.

Directors noted that the banking sector is sound overall and that financial sector risks appear contained. Nonetheless, they cautioned that potential pockets of vulnerability should be closely monitored. They noted that household debt remains relatively high, while in the corporate sector, there are emerging vulnerabilities in some sectors. Directors suggested that macroprudential measures be adjusted if needed.

Directors underscored the central role of macroeconomic policy and exchange rate flexibility in helping the economy adjust to external shocks. In this regard, they welcomed the authorities’ commitment to keeping the exchange rate as the key shock absorber. They recommended that reserves be accumulated as opportunities arise and deployed in the event of disorderly market conditions. Noting the authorities’ aim to improve the functioning of the onshore forward foreign exchange market, Directors urged the BNM to monitor the effects of the recent measures introduced in this regard, recognizing their benefits and costs.

They emphasized that close consultation and communication by BNM (Bank Negara Malaysia–Central Bank) with market participants will be essential in further developing the foreign exchange market and bolstering resilience.

At the conclusion of the discussion, the Managing Director, as Chairman of the Board, summarizes the views of Executive Directors, and this summary is transmitted to the country’s authorities. An explanation of any qualifiers used in summings up can be found here: http://www.imf.org/external/np/sec/misc/qualifiers.htm.