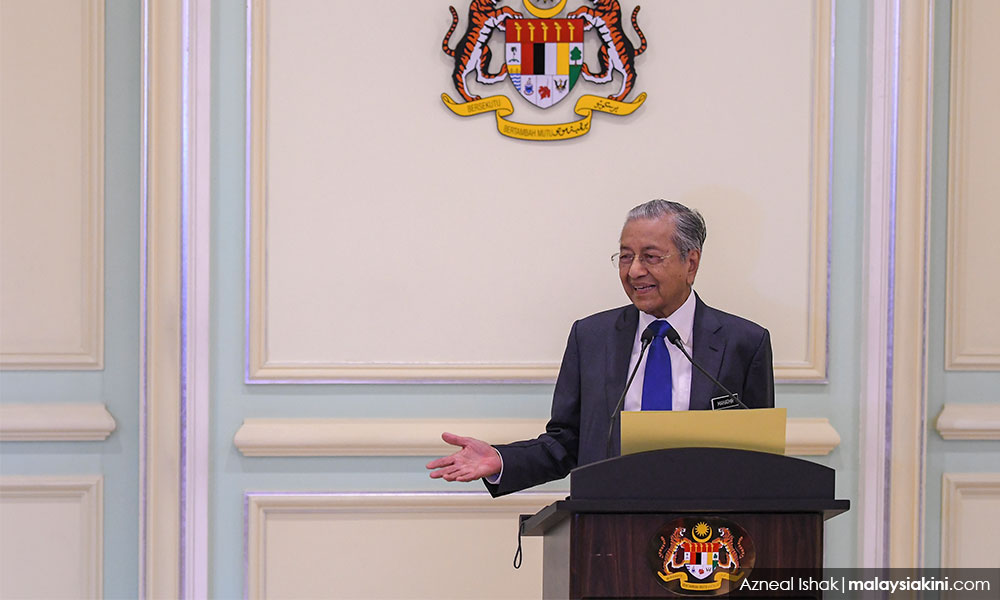 Malaysians are watching the ongoing thriller between Prime Minister Dr Mahathir Mohamad and the Johor palace with nail-biting suspense. But those expecting an explosive climax could be disappointed, according to political analyst James Chin.

While acknowledging that most Malaysians agreed with Mahathir on the role of a constitutional monarchy, he does not foresee the current friction leading to a similar episode which rocked the nation in the 1990s when Mahathir, during his first tenure as premier, trained his guns on the rulers.

According to the University of Tasmania’s Asia Institute director, times have changed.

“Now you have instant public opinion via social media…

“We are living in the social media age. Back then, BN could control the narratives by the mainstream media like newspapers and television. Now, (the government) can no longer do this,” he told Malaysiakini.

Chin’s point is illustrated by the fact that the Johor crown prince Tunku Ismail Sultan Ibrahim himself is using social media platforms like Twitter and Facebook to lock horns with the prime minister with regard to the Rome Statute, Ship-to-Ship (STS) hub and the appointment of the menteri besar.

During Mahathir’s previous confrontation with the monarchs, the government-controlled media had launched an all-out offensive, detailing the rulers’ lavish lifestyles and how much the government spent on them.

Meanwhile, Chin also expected the police to crack down on those making hard-hitting comments regarding the ongoing tussle on social media.

“There are a lot of people out there who think they can speak like Mahathir. But they cannot get away with it. The only non-royal who can say anything is Mahathir,” he said.

Certain quarters have also accused Mahathir of exploiting the issue to cement his grip on power, especially in the wake of intense criticism against his administration over its reversals and unpopular decisions.

However, Chin does not believe this is the case and pointed out that Mahathir was just being himself by responding to media queries which other politicians would sidestep.

“If you follow the timeline, in all cases, Mahathir was answering reporters’ questions (regarding his differences with the palace).

“The bottom line is most sultans want to appoint their menteri besar. There was the same problem during BN’s time. But (former premier) Najib (Abdul Razak) did not want to confront (the rulers).

“Mahathir is different. When a reporter asks him about this, he replies,” added the analyst.

Chin is also convinced that Mahathir and the Johor palace would reach a compromise on the menteri besar position.

“Of course,” he replied when quizzed on this.

“Dont forget, the menteri besar becomes menteri besar only if he is sworn in by the sultan. So the system will force them to compromise,” he added.

The verbal jousting between Mahathir and the Johor palace erupted after Tunku Ismail tweeted that it is the sultan’s prerogative to appoint the menteri besar.

Mahathir, however, argued that if the rulers are allowed to decide on who becomes the prime minister or menteri besar, Malaysia would not be a democratic nation.

Meanwhile, Unisel’s communication lecturer Ismail Hashim Yahya questioned if Osman is a victim of a tug-of-war between certain parties in Johor.

In an article penned for Malaysiakini, he also focused on the drama surrounding the incoming menteri besar.

“The political tussle is not between the candidates of different parties but rather between the influence of Mahathir, (PKR president) Anwar Ibrahim and the palace.

“If there are elements… to safeguard certain interests or if a game of chess is being played behind the scenes, then it is no longer a rational consideration for the rakyat but a desire to take over,” he added.

One thought on “No repeat of ‘Dr M vs palace’ showdown, says analyst James Chin”