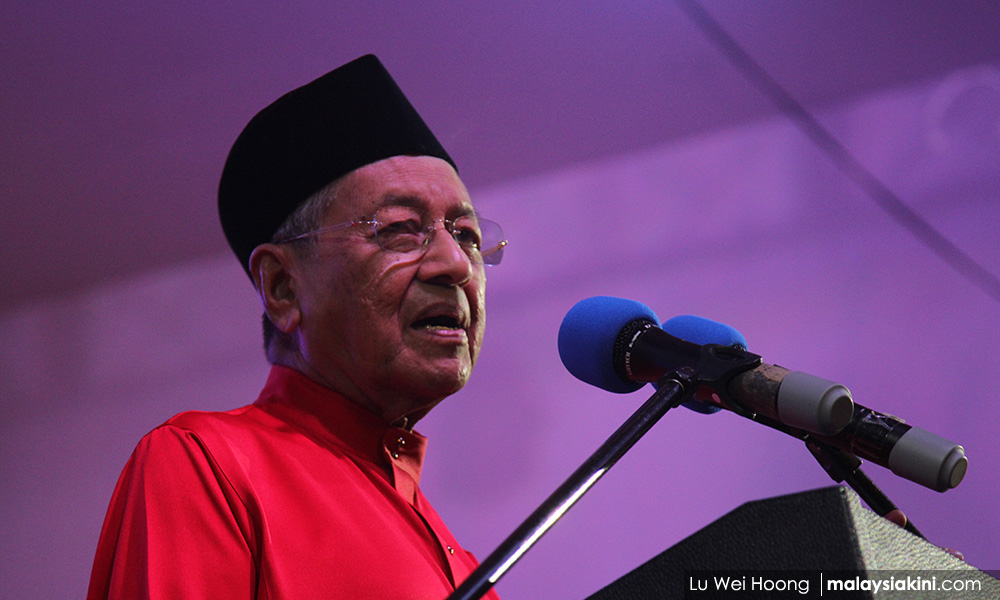 “I am opposing a social order in which it is possible for one man who does absolutely nothing that is useful to amass a fortune of hundreds of millions of dollars, while millions of men and women who work all the days of their lives secure barely enough for a wretched existence.” ― Eugene Debs

COMMENT | The agitation in the Malay power structures continues with the democratically-elected Prime Minister Dr Mahathir Mohamad skirmishing with the royalty of Johor on the question of the appointment of the state’s menteri besar. This is not only a political issue but rather – nobody wants to admit this – a moral issue as well.

Think back when Tommy Thomas was the nominee of a democratically-elected government for the post of attorney-general and the Council of Rulers held back their consent for a couple of weeks because it was concerned that Thomas – a non-Muslim and non-Malay – would not defend certain rights and the sanctity of Islam.

As reported, Anwar Ibrahim said, “The Malay rulers had made it known they did not want the special rights to be belittled, and I told them I agreed with them and explained they would never be threatened,” he said. “We then had to explain to the Agong our intentions and stance for reform, and stated clearly that the special rights of the Malays would not be affected.”

Here was a Malaysian, with impeccable credentials, a history of using the law as means to illustrate the corruption and bigotry of the former regime and a successful lawyer in his own right, vilified because of his race and religion and for his views which were grounded in a rational interpretation of the Federal Constitution.

This was good enough for the people who elected a government because they wanted change but not for the royal institution which was considering the views of political parties – PAS/Umno – and non-governmental organisations which did not have a mandate from the people. Consider that while one former attorney-general’s career was mired in sycophancy, corruption, collusion and legal legerdemain, this apparently this was enough to stay his eviction from the post of AG.

Mahathir warns of the dangers of an absolute power but so far Pakatan Harapan has not demonstrated that it wants to empower democratic institutions and defang fascist institutions of the state. While the prime minister is correct when he claims that history demonstrates that the rulers had no problem “selling off” their states to foreign powers, the reality is that this kind of culture is pervasive in mainstream Malay power structures.

Before the election, the prime minister and his coterie of followers were warning that Umno was selling off the country to China, for example. This kind of polemic was meant to inflame the Malay polity in the same way how the far-right uses such themes to galvanise their base. Post-election, there have been all these overtures to China and backpedalling and spinning on deals; deals which should not have been used as racial fodder by the then opposition but were convenient tools to rile up sentiment.

The prime minister is correct when he questions the need to hold elections if the royalty can, without restraint, meddle in the policies of a democratically-elected government. When the government was forced – this, of course, is a matter of opinion – to retreat from the Rome Statute, the crown prince of Johor wrote, “Long Live the King. Demi Agama, Bangsa dan Negara. Daulat Tuanku.”

Since when was the Rome Statue an issue about religion and race? Think about it this way. When a far-right politician or when a Harapan political operative uses such a phrase, what would the response have been? They would have been vilified as being racist or a bigot and the discourse – and rightly so – would have centred on race politics.

Instead, what happened? The comment section was closed down for certain news stories when it came to the crown prince. This, in itself, is a kind of protection because Malaysiakini would be liable for comments made as the Harapan regime is “considering creating legislation that takes action against news portal operators who do not take action against readers who leave comments that touch on racial, religious and royal institution sensitivities”.

See? Absolute power in the hands of elected officials is also a threat to democratic freedoms.

Latheefa Koya is right when she points to the silly and immature argument put forward by the crown prince, but James Chin is also right when he observes the average rakyat is fighting with both hands tied behind his back, unlike Mahathir. You get away with a lot when you are free to use social media as you see fit and your detractors are not afforded this privilege.

“You know where to find me” does not work for the rest of us because the state security apparatus will definitely find you and slap you with sedition charges even if your comments are valid. See the state’s case against Fadiah Nadwa Fikri (above).

Speaking of transparency, A Kadir Jasin is being investigated for sedition when he posted something about the royal upkeep. And what did Anwar say? “While I support democracy and freedom of expression, what was said was inappropriate. We have worked very hard to get the Malay rulers to appreciate this new administration” and that this (Kadir Jasin’s view) was “unhealthy”.

For those Malaysians who want democracy and worry of the corrosion of our democratic institutions, the people who are doing this are not only unelected officials (which include the bureaucratic class) who make statements which are contrary to their constitutionally-mandated roles but also politicians who use race and religion as a means to constrain democratic principles and rule of law.

Mahathir has positioned himself as the people’s champion even though he has a history of undermining democracy. Indeed, when it comes to the role of race and religion in mainstream Malaysian politics, democracy is always under threat. And this is with a moderate government. Let me be very clear – Harapan’s numerous laws against free speech and for “cultivating” national harmony are all anti-democratic. This does not include the religious component which also impedes democracy in this country.

It is no point blaming the Malays on their feudal mentality when the reality is that all Malay power structures have used the rhetoric and the apparatus of the state to carry out agendas which go against the fundamentals of democracy.

Meanwhile, on the other side, there are the royalty who never bothered to flex their muscles when the country was being looted and the Najib regime then thought up something like the National Security Council Act which undermined the power of the royalty.

Now, with the backing of the far-right, we get a ludicrous situation where Johor Umno names their preferred candidate for the menteri besar’s post and wants to “advise” the Johor sultan to dissolve the state legislative assembly.

Ultimately, we have to choose a side. Or choose no side if the choice is meaningless. What the prime minister has to do, what Harapan has to do, is to demonstrate that the support of the people for their side is a meaningful choice. What they have to do is demonstrate that elected representatives are empowering institutions and dealing with anyone who thinks they are above the law regardless of their station in life, the colour of their skin or their religious beliefs.

Democracy could go down when elected officials do not fulfil their constitutionally-mandated roles and instead give up power to unelected officials or be drowned out in a vox populi. The latter is cold comfort but at least we had a choice, which is also why it is silly and immature to claim that the people stand with Mahathir. The reality is that Mahathir, the arch-proponent of strongman politics, finds himself standing with people who have a different vision for this country, which history has shown he does not share.

Absolute power in anyone hands is dangerous especially if we, the people, give it to them.

93Share to TwitterShare to WhatsAppShare to EmailShare to PrintShare to More

3 thoughts on “Mahathir, royalty and democracy”