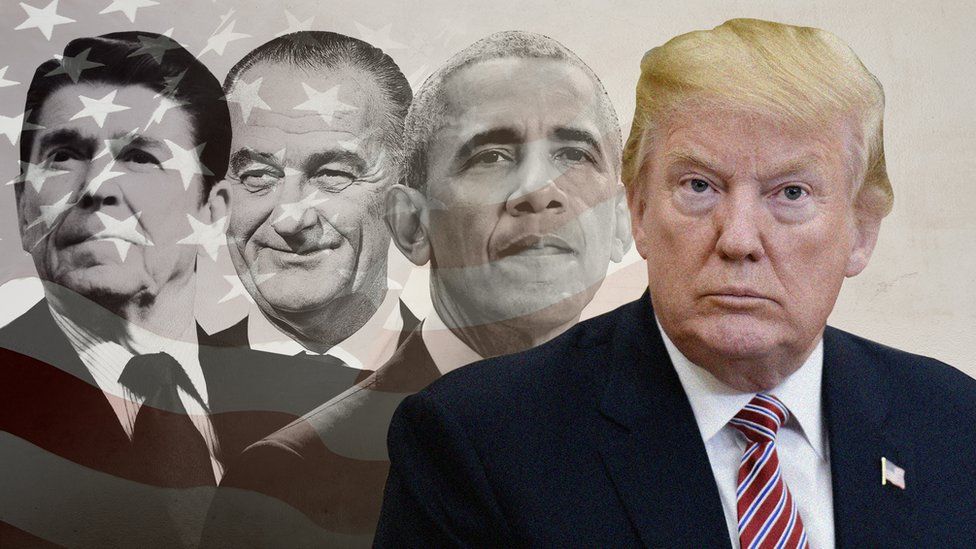 President Trump’s threat to close the U.S.-Mexico border has confused even his allies. Sen. John Cornyn (R-Tex.) said it “would be bad for everybody.” Sen. John Thune (R-S.D.) remarked, “I’m not sure that’s a particularly good idea, and I’m not sure it gets the desired result.” Most assume the threat is part of the usual Trump style — bravado and bluff — and will eventually get dialed back, and there are already indications that this is happening.

But on the broader issue of legal immigration, Trump seems to be shifting his position. In his State of the Union address in February, he said, “I want people to come into our country in the largest numbers ever, but they have to come in legally.” Immigration hardliners did not take this well.

The president has since reasserted the idea. The day after the State of the Union, Trump told reporters: “I need people coming in because we need people to run the factories and plants and companies that are moving back in.” And Politico reported this week that Jared Kushner is quietly developing a proposal to increase legal immigration into the United States.

If this is Trump’s new and improved immigration position, the president might find his way to a powerful compromise — real crackdowns on illegal immigration, coupled with reform and actual increases in legal immigration. This also happens to be a smart policy idea.

A recent essay in the journal International Security points out that by 2050, the United States is projected to be the only major world power with an increase in its population . The four authors, all university professors, tie this factor to more dynamic economic growth and also the United States’ continued ability and willingness to play a major military and political role.

The data on other major powers is striking. United Nations projections show that by 2050, China and Russia will have a 20 percent drop in people of working age. Germany’s working-age population will drop by 17 percent, and Japan’s by 29 percent. This will probably translate into slower growth, less economic vitality and greater passivity on the world stage, the report says.

The United States’ working-age numbers are set to rise by 12 percent in the same period. In fact, only three other major developed countries will see increases in their working-age cohort: Australia, Canada and Britain. But all four countries are expected to enjoy this boost only because of immigration. Without immigration, by 2050, the U.S. working-age population would actually shrink by 4.5 percent. Canada’s would plummet by 20 percent.

China, on track to be the greatest economic, political and technological competitor to the United States, faces a demographic challenge that’s even more dire than was previously anticipated. Last year, China’s birth rate fell to its lowest level since 1961, a year of widespread famine. It appears that the Communist regime’s efforts to reverse the nation’s long-standing “one child” policy have not worked. The Chinese Academy of Social Sciences said in January that for China’s population, “the biggest event in the first half of the 21st century is the arrival of negative growth,” according to the South China Morning Post.

Amid all the noise in this country about immigration, it’s easy to forget the big picture. Immigration means a more robust economy. It usually means younger workers, which translates into greater dynamism and more innovation. Most Nobel Prizes are awarded to scientists for work they did when they were young. Most companies are founded by people when they are young. Younger populations are more risk-seeking, adventurous and entrepreneurial.

Despite the rhetoric around it, legal immigration in the United States is actually not that high. Before he became chairman of the White House Council of Economic Advisers, Kevin Hassett published a piece in National Review ranking wealthy countries on their ratio of new immigrants to total population in 2010. The United States had the third-lowest figure, higher only than Japan and France. Canada and Germany had more than twice as many new immigrants as a share of the population, and Norway and Switzerland had more than four times.

During the past two decades, many of the United States’ crucial competitive advantages have been copied by the world to the point that other nations do it better — with well-regulated market economics, technological investments, infrastructure, mass education. What does America have left to truly distinguish itself?

Over the past half-century, the United States has handled immigration better than most countries. It takes in people from everywhere, assimilates them better, integrates them into the fabric of society and is able to maintain an environment in which the new immigrants feel as invested as the old. This will be its core competitive advantage in this century.

8 thoughts on “On legal immigration, Trump might be right”