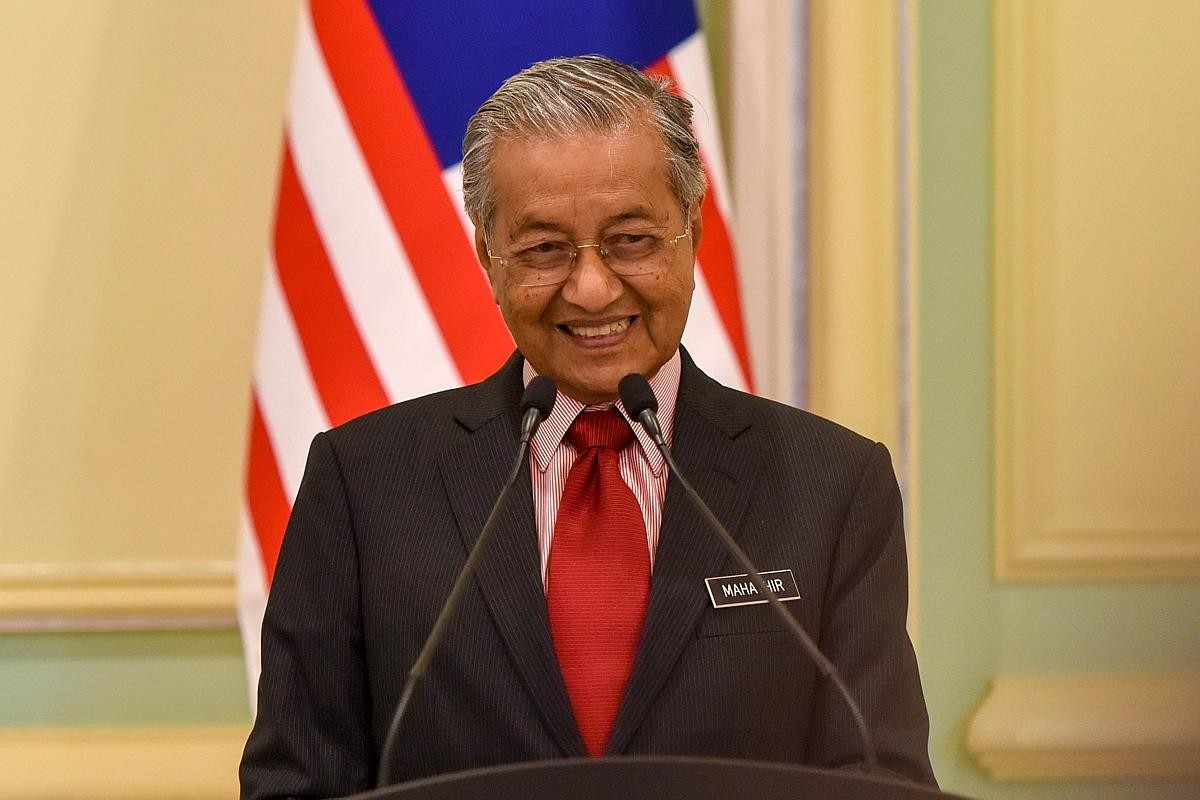 Malaysian Prime Minister Mahathir Mohamad. Photo: Xinhua
A year into a new ruling administration, Malaysia continues to grapple with a whopping 1 trillion ringgit debt (US$245 billion) – but as it goes on a selling spree of “non-strategic assets”, questions are being asked over who is benefiting from the exercise and whether the moves could cause ties with neighbouring Singapore to take a further hit.

Government-linked investment company Khazanah, which has resolved to pare down its “non-strategic” assets, has so far got rid of its stakes in telcos, health care groups, banks and properties. Reports have indicated larger projects, such as the popular theme park Legoland, may also be up for grabs for the right offer.

In parliament earlier this week, Finance Minister Lim Guan Eng said a tower building in Hong Kong – which once housed the Malaysian Consulate-General – was being sold for 1.6 billion ringgit (US$392 million). This came just days after Khazanah was reported to be selling the 39-storey Duo Tower in Singapore, owned by M+S – a joint venture by Khazanah and its Singaporean equivalent, Temasek Holdings. Last month, Malaysia’s Axiata Group, in which Khazanah has shares, announced it would sell its stakes in Singapore’s M1 telco. Khazanah also last year began selling shares in CIMB Bank, and dumped a 16 per cent stake in Malaysian-Singaporean private health care group IHH Healthcare. This move has raised eyebrows among analysts and opposition politicians, who have criticised the ruling Pakatan Harapan coalition for vague economic policies and failing to focus on remedying wealth inequality, with others commenting the sale reflected a cooling of interest in joint Singapore projects.

Khazanah, which is managed by the Minister of Finance Inc and modelled after Singapore’s Temasek Holdings, last year posted its first pre-tax loss in 13 years, partly due to its takeover of the loss-riddled Malaysia Airlines.

It attributed the 6.27 billion ringgit loss in 2018 – compared with a profit of 2.89 billion ringgit in 2017 – to both the resetting of the government’s mandate as well as global and domestic developments. 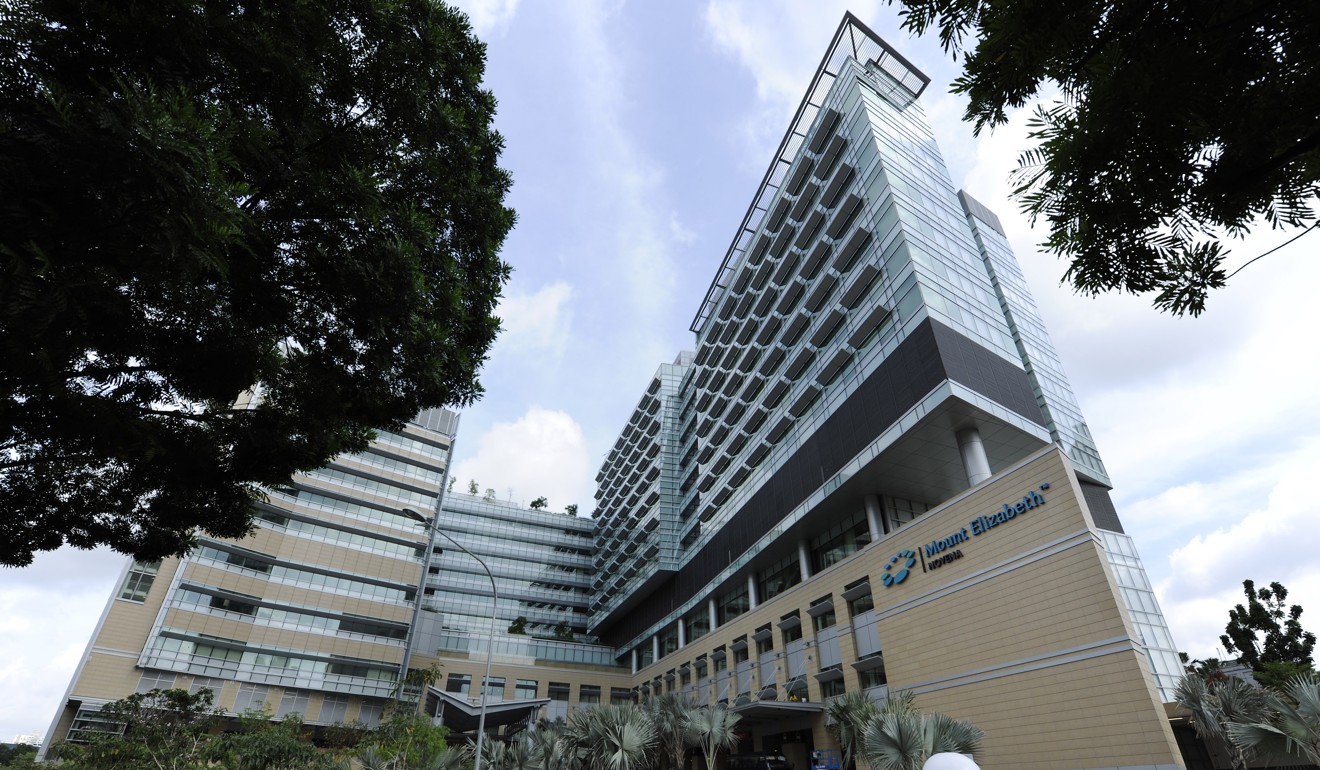 In line with the new government’s strategy, Khazanah split its assets into “commercial” and “strategic” holdings, with managing director Shahril Ridza Ridzuan telling local media the commercial fund was “really gearing up towards being a long-term real return provider for the government”, as the government needed it as an alternative source of revenue.

Disgraced former prime minister and sitting Member of Parliament Najib Razak has fiercely questioned Khazanah’s new strategy, saying it was illogical to reduce investments, citing its annual growth rate of 14.7 per cent from 2008 to 2017.

“Even if this is to pay government debt, where is the logic in selling assets which generated a profit of 14.7 per cent each year to pay debt which has interest charges of 3.8 per cent per year?” said Najib, who served as both prime minister and finance minister when Malaysian debt rose to an all-time high. Najib is currently facing scores of charges of corruption and money-laundering over his role in the 1Malaysia Development Berhad (1MDB) financial scandal.

Meanwhile, observers have questioned whether the asset sale strategy will truly benefit the nation, or backfire by creating oligarchies because of the administration’s concurrent focus on a Bumiputra economic agenda.

In Malaysia, ethnic Bumiputra – Malays and indigenous peoples – make up about 69 per cent of the population, and are constitutionally granted special privileges: affirmative action that takes the form of enhanced access to scholarships, civil service positions, land, and real estate purchases.

Upon coming to power last May, Pakatan Harapan pledged to chart a “new” Bumiputra-centric economic empowerment agenda that would generate growth and allow Bumiputra entrepreneurs to lead the economy – although some senior leaders such as prime minister-in-waiting and democracy icon Anwar Ibrahim have stressed that the government must focus on Malaysia and poverty eradication.

“If they are going to divest and also abide by this Bumiputra agenda, then it limits the cohort of people who can acquire assets such as government-linked companies,” said top political economist Terence Gomez of University Malaya. “Who can afford to do this – and of that group, who are the Bumiputras with the resources to invest? Is the government going to channel even more wealth to a rich elite? Divestment of assets should not be an ethnic issue.”

Doing so could result in an oligarchy of rich businessmen who run key national services and corporations, Gomez said.

“When countries like Indonesia democratised by turfing out draconian governments, they also began divestment exercises. But this created oligarchs, which is not a road Malaysia should go down,” he said. “Is this the reform Pakatan Harapan promised? If so, it is just creating new problems that can emerge from this divestment exercise. Wealth inequality is a problem and taking assets from the government and passing them on to only rich people who have the resources will only make the rich richer.”

The divestment strategy can be made even more problematic if the government does not clarify what it means by “non-strategic”, as it could extend to institutions such as banking or utilities which should remain under state control, Gomez said.

‘I love Malaysia Airlines, but we can’t afford it’, Mahathir says. Moves such as the selling of Axiata’s stake in Singapore’s M1 and the rumours of Duo Tower being sold down have also raised questions about Prime Minister Mahathir Mohamad ’s often hawkish relationship with neighbouring Singapore, and whether he considers these assets unessential.

“I won’t discount the possibility that Mahathir views such joint ventures with Singapore as being ‘non-strategic’,” said Eugene Tan, a law and public policy expert with Singapore Management University. “There could be the assessment that such investments benefit the Singapore economy more than Malaysia’s public coffers. This, arguably, stems from his perception that many of the deals his predecessor entered into – especially with Singapore – were and are not necessarily in Malaysia’s best interests.

Putting it bluntly, Mahathir could be flagging that he is not confident in the Singapore economy Eugene Tan, Singapore Management University

“But it could be about something simpler: the imperative of the Malaysian government to monetise its assets in order to reduce its budget deficit – and the assets in Singapore are probably best to monetise given the returns,” he said.

“Mahathir could also be signalling that the prognosis for the Singapore economy may not be good in the short-term, and so it is best to strike while the iron is hot and fully capture the value of these assets,” Tan said. “Putting it bluntly, Mahathir could be flagging that he is not confident in the Singapore economy.” Singapore-Malaysia tensions put Lion City’s lawyers to the test.

Political analyst Mustafa Izzuddin of Singapore’s ISEAS-Yusof Ishak Institute shared a similar view, saying that besides being an economic decision, the sale of stakes in Singapore projects could also be viewed as a “political decision” that reflects Mahathir is not as “genuinely interested as his predecessor Najib was of embarking on joint ventures with Singapore”.

“If the joint ventures are not in Malaysia, as is the case with the Duo office, the Pakatan government under Mahathir are more likely to monetise it, especially if it does not bring direct domestic economic benefits to Malaysia,” said Mustafa.

Najib and Singapore Prime Minister Lee Hsien Loong had entered into joint projects in Singapore and in the Iskandar region of Malaysia’s southernmost state of Johor as part of efforts to entwine the two nations with a “prosper thy neighbour” philosophy and place bilateral ties on a surer footing.

But the two countries have recently experienced a cooling off in ties following differences of opinion oversea and air borders, as well as disputes over water prices, though their leaders will meet on April 8-9 in Kuala Lumpur for a retreat.
In an attempt to better manage its debt of over 1 trillion ringgit, Malaysia has also cancelled or delayed several infrastructure megaprojects, including the High Speed Rail between Singapore and Malaysia, and several China-backed gas pipeline projects.

Mahathir has urged the people to be patient, saying that if Malaysians “cooperate in an atmosphere of peace and calm, then we can restore the financial position and develop our country”. ■

8 thoughts on “Sorry, Singapore: Malaysia dumps assets to cope with US$245 billion debt”