The Mueller report explained: what we learned from Barr’s letter to Congress

What’s revealed by the attorney general’s summary of the Trump-Russia investigation? And will the report be made public?

William Barr: Although my review is ongoing, I believe that it is in the public interest to describe the report and to summarize the principal conclusions reached by the Special Counsel and the results of his investigation.

Barr immediately makes clear that his letter will only be a summary of the top-line conclusions from Robert Mueller’s 22-month investigation. At just four pages long, the letter makes no claim to outline the full substance of the special counsel’s findings, nor does it detail the evidence Mueller has amassed or the legal reasoning behind his decision making. Instead, we have the bare bones. Mueller had handed the full report to the attorney general less than 48 hours earlier, and Barr makes clear he is still reviewing its contents.

On the size of the investigation

In the report, the Special Counsel noted that, in completing his investigation, he employed 19 lawyers who were assisted by a team of approximately 40 FBI agents, intelligence analysts, forensic accountants, and other professional staff. The Special Counsel issued more than 2,800 subpoenas, executed nearly 500 search warrants, obtained more than 230 orders for communication records, issued almost 50 orders authorizing use of pen registers, made 13 requests to foreign governments for evidence, and interviewed approximately 500 witnesses.

Here, the sheer size of the Mueller investigation is laid bare for the first time. Although the cost of the Russia investigation has been public for some time, along with the 37 public indictments issued by Mueller, the scale of the evidence he has amassed has not been known. Barr is clearly alluding to how comprehensive the special counsel’s investigation has been. While the length of Mueller’s final report is not known, it is likely to be based on hundreds of thousands of pages of evidence. Democrats have made clear they want access to as much of the report and its underlying evidence as possible. 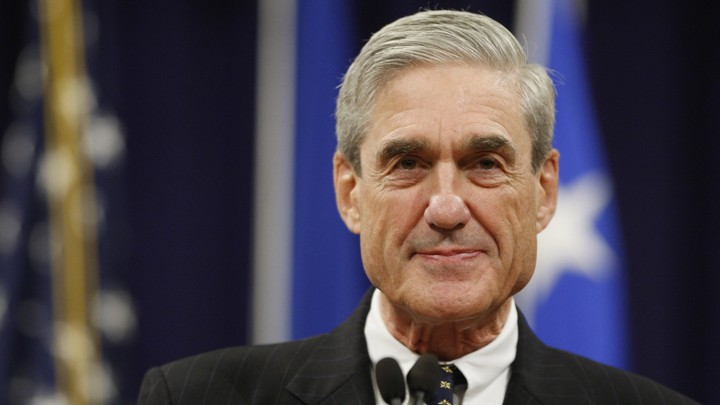 The report does not recommend any further indictments, nor did the Special Counsel obtain any sealed indictments yet to be made public.

This is the first of Barr’s major announcements: Mueller will issue no fresh charges as the investigation wraps up. This is clearly good news for members of Donald Trump’s inner circle, including his son Donald Trump Jr, his son-in-law Jared Kushner and, indeed, for Trump himself. There had been speculation that a number of sealed indictments in the same district court handling the Mueller prosecution could relate to further indictments from the special counsel. This is now clearly not the case. However, other criminal investigations involving the president and members of his inner circle are ongoing, most notably in the southern district of New York. Barr makes no comment on the status of these proceedings.

On collusion between the Trump campaign and Russia

The Special Counsel’s investigation did not find that the Trump campaign or anyone associated with it conspired or coordinated with Russia in its efforts to influence the 2016 U.S. presidential election. As the report states: “[T]he investigation did not establish that members of the Trump Campaign conspired or coordinated with the Russian government in its election interference activities.”

This is undoubtedly a pivotal conclusion of the investigation. Following almost two years of investigation Barr says that Mueller has found no evidence to prove that any member of the Trump campaign colluded with Russia during the 2016 election. He quotes only a partial sentence from the report to substantiate this.

Also of note here is Barr’s supplying a short definition of how Mueller defined collusion. Quoting directly from Mueller’s report in a short footnote, Barr says the special counsel counted collusion as an “agreement – tacit or express – between the Trump campaign and the Russian government on election interference”. This means that for any member of the campaign to be accused of colluding with Russia they would have had to have done so knowingly. Barr says that Mueller found two ways in which Russians interfered during 2016: a coordinated internet disinformation campaign and direct computer hacking. He provides no further details on the crimes themselves but further information on at least some of these actions has already been made public by Mueller through criminal indictments.

On obstruction of justice

The Special Counsel therefore did not draw a conclusion – one way or the other – as to whether the examined conduct constituted obstruction. Instead, for each of the relevant actions investigated, the report sets out evidence on both sides of the question and leaves unresolved what the Special Counsel views as “difficult issues” of law and fact concerning whether the President’s actions and intent could be viewed as obstruction. The Special Counsel states that “while this report does not conclude that the President committed a crime, it also does not exonerate him.”

Barr briskly moves on to the last major revelation from Mueller: the special counsel was unable to decide whether Donald Trump obstructed justice during the investigation. Barr once again hangs a partial sentence quoted from the report making clear that Mueller did not completely clear Trump of obstruction. But the scant details make it impossible to understand the legal reasoning behind Mueller’s decision nor all the evidence taken into account to make it.

Conclusion on obstruction of justice

After reviewing the Special Counsel’s final report on these issues; consulting with Department officials, including the Office of Legal Counsel; and applying the principles of federal prosecution that guide our charging decisions, Deputy Attorney General Rod Rosenstein and I have concluded that the evidence developed during the Special Counsel’s investigation is not sufficient to establish that the President committed an obstruction-of-justice offense.

This revelation is likely to be the most controversial, at least until more of Mueller’s report is released. It was Barr and his deputy Rod Rosenstein, both appointed to their positions by Trump himself, that decided the president should face no prosecution over obstruction of justice. Although Barr displays those he consulted with to make that decision and cites justice department guidelines governing the process, there is no escaping that the decision not to prosecute the president was made by one of his own cabinet members who has already privately described Mueller’s investigation of obstruction of justice as “fatally misconceived”.

Barr explains his decision not to charge Trump with obstruction

Generally speaking, to obtain and sustain an obstruction conviction, the government would need to prove beyond a reasonable doubt that a person, acting with corrupt intent, engaged in obstructive conduct with a a sufficient nexus to a pending or contemplated proceeding. In cataloguing the President’s actions, many of which took place in public view, the report identifies no actions that, in our judgement, constitute obstructive conduct, had a nexus to a pending or contemplated proceeding, and were done with corrupt intent, each of which, under the Department’s principles of federal prosecution guiding charging decisions, would need to be proven beyond a reasonable doubt to establish an obstruction-of-justice offense.

Barr provides a little elaboration on his decision not to charge Trump with obstruction. Critically, Barr makes the point that at least part of the reason Trump is not being charged is due to the lack of an underlying crime. That while there may be sound arguments for Trump obstructing justice, it was not itself a criminal act because there had been no crime in the first place.

There is also a suggestion from Barr here that while many of these potentially obstructive actions took place in public – it seems likely he is partially referring to Trump’s public comments on his decision to fire FBI director James Comey – there are others the public may not yet know about.

Will the public see the Mueller report?

As I have previously stated, however, I am mindful of the public interest in this matter. For that reason, my goal and intent is to release as much of the Special Counsel’s report as I can consistent with applicable law, regulations, and Departmental policies.

The attorney general concludes by making a commitment to making parts of Mueller’s report available to the public. There is, however, no commitment to a time frame, nor any indication of how much will be made available. Senior Democrats have indicated they will issue a subpoena for the full report if they are not satisfied with what Barr provides.

As the fall-out from the Mueller report unfolds …

…The Guardian is editorially independent, meaning we set our own agenda. Our journalism is free from commercial bias and not influenced by billionaire owners, politicians or shareholders. No one edits our editor. No one steers our opinion.

This is important as it enables us to give a voice to those less heard, challenge the powerful and hold them to account. It’s what makes us different from so many others in the media, at a time when factual, honest reporting is critical.

6 thoughts on “The Mueller report explained: what we learned from Barr’s letter to Congress”