The pursuit of justice in the face of wrongdoing – especially crimes against humanity and war crimes – is at the heart of human values and the International Criminal Court was embraced by many when it was established in 2002 for precisely that reason. 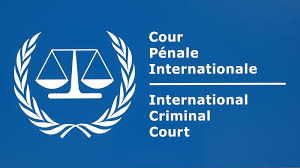 Malaysians may well come to regret that their government has agreed to their country acceding to the International Criminal Court. –Dr. David David Hoile.

by Dr .David Hoile is the director of  International Justice Matters.org.

Malaysians may well come to regret that their government has agreed to their country acceding to the International Criminal Court.

Malaysia has joined a scandal- ridden body  whose reputation has been badly damaged by severely by allegations of corruption, racism, blatant double-standards, serious judicial and procedural irregularities and sheer incompetence as a legal body. And contrary to claims made by the government, the ICC does not recognise head of state immunity for any leader, including the Yang di-Pertuan Agong.

The pursuit of justice in the face of wrongdoing – especially crimes against humanity and war crimes – is at the heart of human values and the International Criminal Court was embraced by many when it was established in 2002 for precisely that reason.

Many Asians and Africans supported establishing the ICC, believing that it would be court that would dispense justice without fear or favour.

The ICC has spent the past 17 years, however, revealing itself to be a deeply-flawed, politicised and professionally inept institution that has badly eroded whatever faith there may have been in the concept of international criminal justice.

The reality is that the self-styled International Criminal Court is neither international a real court. Even avid fans of the ICC warned of “serious flaws”, “ambiguities and dilemmas” and “fault lines” in its creation. While it claims to be the world’s court this is not the case. Its members represent just over one quarter of the world’s population: Pivotal states such as China, Russia, the United States and India are just some of the many countries that have remained outside of the Court’s jurisdiction.

A real court is only as credible as its independence. Far from being independent and impartial, the ICC’s own statute grants special prosecutorial rights of referral and deferral to the world most politicised body, the UN Security Council – and by default to its five permanent members (three of which are not even ICC members).

Political interference in the legal process was thus made part of the Court from its inception. The Court is also inextricably tied to the European Union which provides up to 70 percent of its funding. The online ICC watchdog on Twitter, @ICCWatch, has described the ICC very well funded European NGO masquerading as a ‘court.

The EU is additionally guilty of blatant political and economic blackmail in tying aid for developing countries to ICC membership. The expression “he who pays the piper calls the tune” could not be more appropriate.

The ICC has been made aware of 1.17 million alleged war crimes in ICC Afghanistan. Any alleged war crimes, regardless of who committed them, can be pursued by the court as Afghanistan is an ICC member state. Despite a 10-year &quot;investigation&quot; of these allegations, the ICC has so far declined to act. It has chosen instead to focus almost exclusively on Africa and Africans. The ICC is self-evidently a racist court. From over 12,500 complaints about alleged crimes in over 139 countries on several continents, the ICC has only ever &quot;indicted&quot; Africans.

If the American or British or Malaysian legal system chose only to arrest and try black people, while ignoring crimes by any other racial group – as the ICC has done – it would be quite rightly be seen as racist. Putting the ICC’s racism and selectivity aside, the ICC has also proved itself manifestly unfit for purpose as a legal institution. Its proceedings thus far have often been questionable where not simply farcical. Its judges – some of whom have never been lawyers, let alone judges – are the result of corrupt FIFA-esque vote-trading among member states.

Far from securing the best legal minds in the world this produces mediocrity. Some; had never set foot in a courtroom before their. At least one elected “judge” had neither law degree nor legal experience but her country had contributed handsomely to the ICC budget.

Why should the excellent Malaysian judicial system be overridden by European activists posing as judges?

The Court has produced prosecution witnesses who recanted their testimony the moment they got into the witness box, admitting that they were coached by non-governmental organisations as to what false statements to make. Dozens of other “witnesses” have similarly disavowed their “evidence”. The ICC has had to admit that its star witnesses were “thoroughly unreliable and incredible”.

And then there has been gross prosecutorial misconduct, including, for example, the hiding of hundreds of items of exculpatory evidence from the defence, which should have ended any fair trial because they compromised the integrity of any legal process (but didn’t). Simply put, the Court and its prosecutors have been making things up as they go along and getting away with it .The ICC claims to be “economical” and to bring “swift justice”, yet it has consumed more than two billion Euros resulting in three questionable convictions in trials often lasting several years.

Both former President Laurent Gbagbo of the Ivory Coast and former Vice-President Jean-Pierre Bemba of the Democratic Republic of Congo were falsely imprisoned at the ICC for several years without evidence to convict before being freed.

The ICC claims to be victim-centred yet Human Rights Watch has publicly criticised the ICC’s ambivalence towards victim communities. The ICC claims to be fighting impunity, yet it has granted de jure immunity to the United States  and afforded de facto immunity and impunity to NATO member states and several serial abusers of human rights who happen to be friends of the European Union. The ICC should be seen more as part of the western human-rights industry than a real court.

It does not have  welfare at heart, only the furtherance of Western, and especially European, foreign policy and its own bureaucratic imperative – to exist, to employ more Europeans and North Americans and where possible to continue to increase its budget – all at the expense of the ideal of justice.  Twenty years ago the United States clearly warned that the ICC might become a travesty of justice open to political influence. One US Supreme Court justice described the ICC as a kangaroo court. All this and much worse has come to pass at the ICC. The Malaysian government cannot say the writing wasn’t on the wall.

About the Author Dr David Hoile is the director of  International Justice Matters.org.