Picking Up the Pieces After Hanoi

The collapse of last month’s summit between US President Donald Trump and North Korean leader Kim Jong-un was perhaps the inevitable result of a process in which the two leaders dominated, optimistic about their personal relationship and confident in their abilities. The question is what to do now.

NEW YORK – When last month’s summit between US President Donald Trump and North Korean leader Kim Jong-un ended without a deal, the result was not surprising. One or both countries came to Hanoi with a misunderstanding of what was possible. 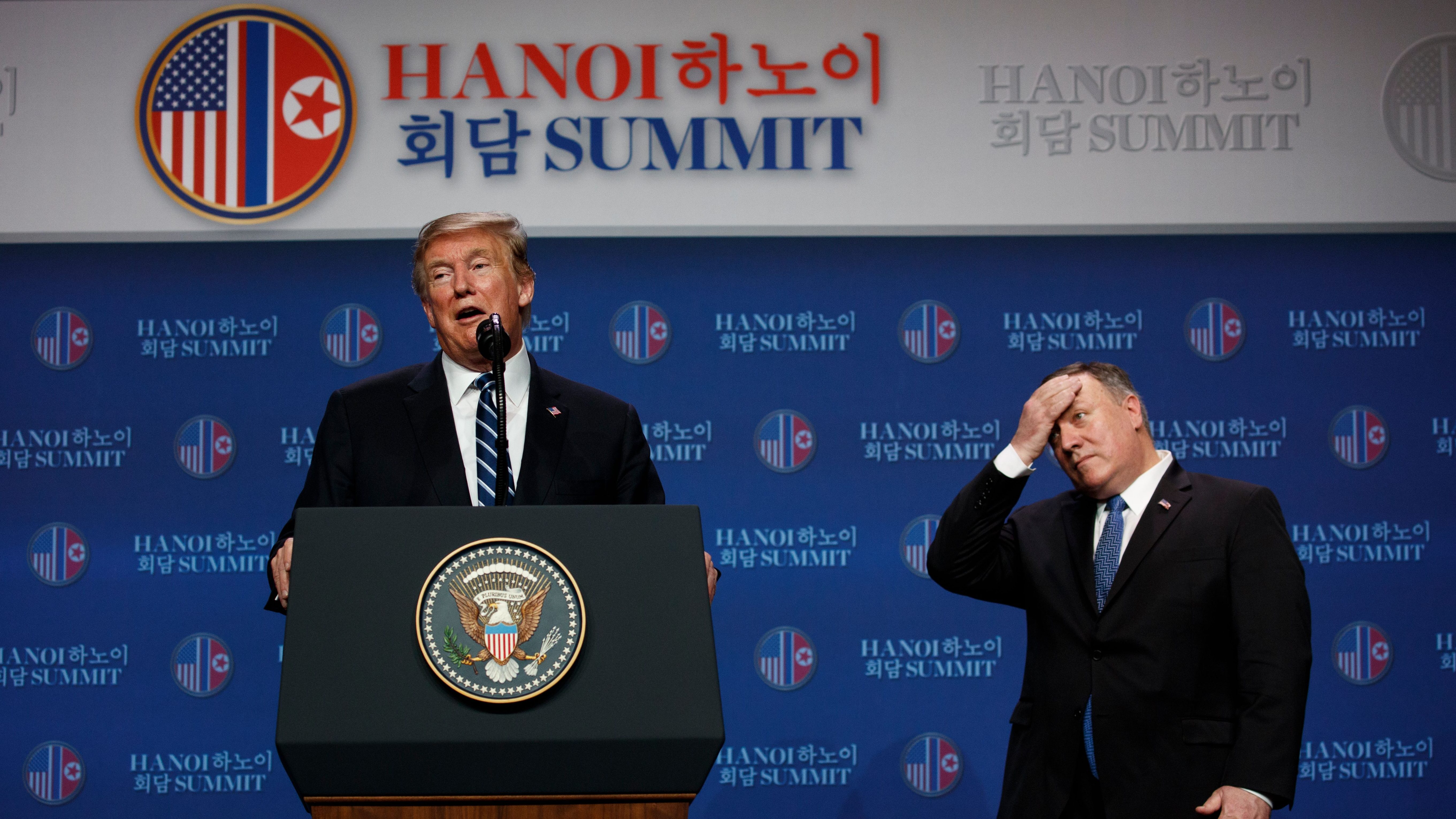 The United States maintained that North Korea wanted nearly all international sanctions lifted upfront and was not prepared to give up enough of its nuclear facilities to warrant doing so. North Korean officials explained that they were prepared to dismantle the country’s main facility, the Yongbyon Nuclear Scientific Research Center, “permanently and completely,” but only in exchange for a considerable reduction in existing sanctions.

The anticlimax in Hanoi was perhaps the inevitable result of a process in which the two leaders dominated, optimistic about their personal relationship and confident in their abilities. Senior officials and other staff members, who normally devote weeks and months to preparing for such summits, had but a limited role.

Although one of these approaches may prove possible, either outcome would be less than ideal. Simply agreeing to give up individual nuclear facilities is not the same as denuclearization. Indeed, it does not necessarily even get us closer to denuclearization, because facilities could be built or expanded as others are being dismantled. Precisely this currently seems to be occurring. Meanwhile, lifting sanctions removes the pressure on North Korea to take meaningful steps toward denuclearization.

So what are the alternatives? Using even limited military force risks escalation, a costly war from which no one would benefit, and a crisis in relations between the US and South Korea. And, given North Korea’s demonstrated resilience, existing or even additional sanctions alone are highly unlikely to be enough to coerce its leaders into abandoning their nuclear program.

Moreover, no matter how much pressure is brought to bear on North Korea, China and Russia will likely do whatever is necessary to ensure its survival, given their strategic interest in avoiding a reunified Korean Peninsula aligned with the US. Hopes that North Korea will collapse under its own weight are thus unrealistic.

Trump seems to harbor the equally unrealistic notion that North Korea will voluntarily give up its nuclear weapons in order to become the next Asian economic tiger. But while Kim wants sanctions relief, fundamental economic reform would threaten his tight grip on power, and giving up his nuclear weapons and missiles would make North Korea and himself vulnerable. He has taken note of what happened to Ukraine, which voluntarily relinquished its Soviet-era nuclear weapons in the early 1990s, as well as to Iraq’s Saddam Hussein and Libya’s Muammar al-Qaddafi.

The status quo, however, is no solution. The current testing moratorium could end; indeed, North Korea is threatening to resume tests and there is evidence it is reconstituting its principal missile-testing site. This may be a bid to encourage the US to show more flexibility, or the North may actually be preparing to restart testing – a step that would likely lead the US to resume large-scale military exercises with South Korea and push for new sanctions. Talks would likely be suspended; we would be back to where we were two years ago but with an overlay of recrimination and mistrust.

Even absent such developments, drift is not desirable. North Korea could use the passage of time to increase the number of nuclear weapons in its arsenal and make some improvements to its warheads and delivery systems without overt testing. There is a big difference between a North Korea armed with a handful of inefficient warheads and inaccurate missiles and one with dozens of advanced weapons that could be mounted on accurate long-range missile systems capable of reaching the US.

At this point, any realistic policy must begin with accepting the reality that complete and fully verifiable denuclearization is not a realistic prospect any time soon. It need not and should not be abandoned as a long-term goal, but it cannot dominate near-term policy. An all-or-nothing policy toward North Korea will result in nothing.

So it makes sense to explore a phased approach. In an initial phase, North Korea would agree to freeze not just the testing of its systems, but also the production of nuclear material, nuclear weapons, and long-range missiles. This would require the North Korean authorities to provide a detailed accounting (a so-called declaration) of the relevant facilities and agree to verification by international inspectors.

In exchange, North Korea would receive the sort of substantial sanctions relief it sought in Hanoi. There could also be an end to the state of war that has existed for the past seven decades, and liaison offices could be opened in Washington, DC, and Pyongyang. But full sanctions relief and diplomatic normalization would come only with full denuclearization.

This might well be too much for North Korea, arguably the world’s most closed society. If so, the bulk of the sanctions need to remain in place; they would be lifted only in proportion to any dismantling – and only so long as the world could be confident that North Korea was not developing new capabilities to replace those it was abandoning. The US could specify which sites, in addition to Yongbyon, need to be dismantled.

Even this less ambitious approach would likely prove extraordinarily difficult. But, given the high stakes and unattractive alternatives in dealing with North Korea, any viable route to a settlement that ensures long-term stability is worth pursuing.

5 thoughts on “Picking Up the Pieces After Hanoi”