Have you ever been brought down to the depth of your chaotic heart and soul that you feel so broken, lost and alienated in all that surrounds you? A place where the heart never feels at home, or at peace, or in synch with all that others say identifies with you as a being. Only those who have been there will know how broken this place is. How endless in its hopelessness this place looks. And mostly how inescapable this place seems.

I have seen many who have visited this place. But visiting it has made the many I have met such great achievers, and mostly such wonderful beings that a normal trajectory could have never endowed them with such depth of gentleness, unpretentiousness and genuineness. Yet, I have also met those who have visited this place who have turned out to be dark troubled souls – those who truly believe in all their being that destroying and abusing others – be that mentally, emotionally or physically – really is their birth right.

This week alone has laid before me destruction of the human soul to such a proportion that if we cannot and do not find it in our souls to recapture our essence, we are but doomed to great destruction to the point of no return. 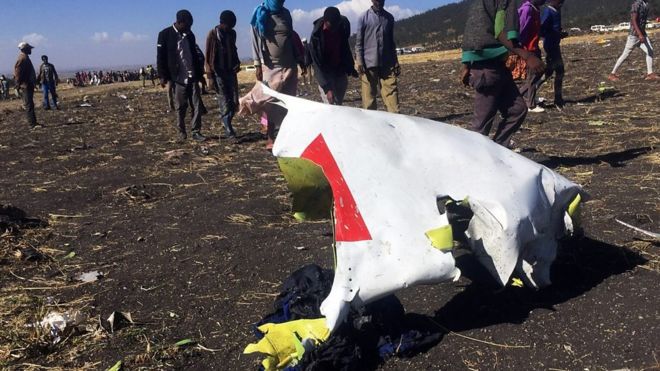 The Ethiopian Airline Boeing 737 that crashed during take-off, killing all of its 157 people on board, and then on March 15 the cold-blodded killing of Muslims during their Friday prayers in Christchurch, New Zealand, begs the question – who allowed this plane to fly and then what society created a monster who would go so deep down into the darkness of his soul to then feel absolute numbness before committing such a crime, respectively. If one is sober with sound moral judgement, one will not and cannot in his/her making as a human being commit crimes – be that in a home environment, work environment or in public.

We each go through our daily grinds, really condoning the little bribery to enforcements, the pandering to houses of power, turning the blind eye when signing off JUST THAT one time in our board or cabinet meetings, not knowing those things have consequences. That we are even unable to discern what we do has consequences, which may or may not directly affect us, is a reflection of the state of our souls, the state of our hearts, the state of the society that enables this. That we think it is fine to seek loopholes not to pay the fine or the tax, or stay silent when wrong happens before us is not a reflection of what is outside, rather it is of what is inside us.

This, I would argue, is the new and postmodern mental illness. An illness so covert in suits and eloquence of Ivy School language and speech that we in the public and private sector are simply not equipped to discern and confront. They come in many forms – in form of C-suites, boards, politicians, educators, legislators, key decision makers, and this list really is inexhaustible. They were once called narcissistic by psychologists. No more. I would argue that the ones who would sell and allow substandard planes to fly (especially after a history of a similar crashing earlier), hate to be perpetrated in societies for their own political future or even good work of colleagues to be diminished for self-preservation suffer from post-modern mental illness. Those who do not bat an eye lid signing off the embezzlement of billions of dollars of public funds. And even those whose entire source of existence is just to see the wrong in everything and not be part of the solution is a problem societies need to address.

In my own country today I see my government putting forth plans after plans, initiatives after initiatives to improve our wellbeing. Yet within and without this same system we have those who are insistent upon keeping with the old, and finding ways to circumvent the credibility and governance intended of these plans. This, I would say, is our greatest threat today. Not our lack in plans for carbon emission, or good governance or sound economic outlook – rather the lack of people able to see beyond the darkness of their souls to aspire goodness for all. In Arabic this is called “maslahah” – for the benefit of the public interest.

If there is one project leaders in every parts of our societies need to embark on – spanning from our dinner tables to our schools to our board and cabinet rooms – is healing souls, saving those conspicuous who walk our streets and important places in our public and private sectors from destroying us collectively. To have sophisticated programmes that identify and heal these people and until this is done not allow them near anything that looks like power. If we do not and cannot address this, no amount of plans and initiatives no matter the sovereignty and market can save us all. No number of changes in elected representatives can save us. This I am certain to the point of the clarity of what my name is.

As Qasim Chauhan says – you are what you hide from others, these unsaid thoughts, emotions and secrets, make you, YOU.

(Firoz Abdul Hamid is an Investvine contributor. The opinions expressed are her own.)

7 thoughts on “Ethics in business: When broken souls walk our corridors”