We commonly assume that anti-Semitism and related attitudes are a product of ignorance and fear, or fanatical beliefs, or some other irrational force. But it is by now well known that some of the most accomplished thinkers in modern societies have defended anti-Semitic views. For instance, several of the major Enlightenment philosophers — including Hume, Voltaire and Kant — developed elaborate justifications for anti-Semitic views. One common thread running through the work of these philosophers is an attempt to diminish the influence of Judaism or the Jewish people on European history.

In “The Philosophical Bases of Modern Racism,” the historian of philosophy Richard H. Popkin wrote: “David Hume apparently accepted a polygenetic view of man’s origin, since in his ‘Natural History of Religion’ he made no effort to trace a linear development of man from the ancient Jews to the modern world, and presented practically no historical connection between Judaism and Christianity (which he saw more as emerging from pagan polytheism).”

Popkin wrote that Voltaire challenged the biblical account of human history by asserting that only the Jews were descendants of Adam, and “everybody else pre-Adamites, though the non-European ones were degenerate or inferior to the European ones.

Voltaire saw the Adamites as a major menace to European civilization, since they kept infecting it with what he considered the horrible immorality of the Bible. Voltaire therefore insisted that Europe should separate itself from the Adamites, and seek its roots and heritage and ideals in the best of the pre-Adamite world — for him, the Hellenic world.”

Polygenetic racists, such as Hume and Voltaire, regarded the differences between European Christians and others as immutable, because they derived from separate ancestry rather than contingent environmental factors.

Kant, too, thought that Jews had immutable traits that made them inferior to Christians. According to the scholar Michael Mack, “Though Kant emphasized the common origin of all men, to avoid attacking the biblical account of creation. … He set out to substantiate his notion of a ‘Jewish essence’ with recourse to the image of an inseparable tie that bound the Jews immutably to Jehovah.” 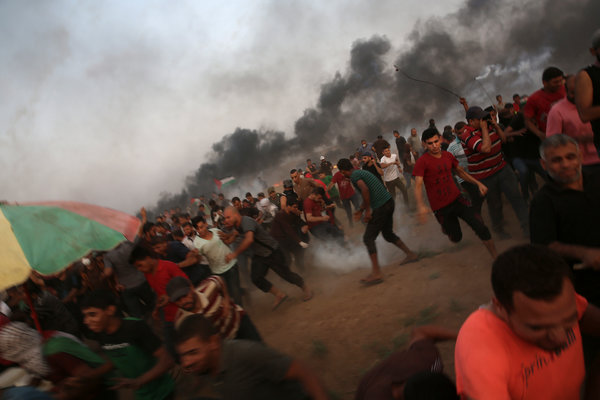 For Kant, this tie rendered Jews “heteronomous” or incapable of transcending material forces, which a moral order required. In this way, Jews are the opposite of autonomous, rational Christians, and are therefore incapable of being incorporated into an ethical Christian society. Mack, in his 2003 book “German Idealism and the Jew,” wrote that Kant “attempted to remove Christianity’s Judaic foundations” by recasting Christian history as a revolutionary or radical parting from Judaism. Mack noted that Kant, in his “Anthropology,” called the Jews “a nation of cheaters” and depicted them as “a group that has followed not the path of transcendental freedom but that of enslavement to the material world.”

When the anti-Semitic views of great thinkers such as Kant, Voltaire or Hume (or Hegel, Schopenhauer, Heidegger and Ludwig Von Wittgenstein, for that matter) are exposed, one typical response is to question whether these prejudices are integral to their important works and ideas. But this may be the wrong question. A better question is: Should those who teach their works and ideas in the 21st century share them without mentioning the harmful stereotypes these thinkers helped to legitimize?

For example, the history of Western philosophy is usually presented as a form of inquiry that began with the ancient Greeks and Romans, then jumps to medieval Christian Europe, and picks up again when modern European Christians struggled with religious reform and the rise of secularism and science. When we reiterate this trajectory, are we reinforcing Hume’s, Voltaire’s and Kant’s purging of Judaism from European history and the history of Western thought and values?

When our curriculum in the history of philosophy excludes Philo of Alexandria or Maimonides (or the schools of thought from outside Europe that have helped shape today’s multicultural world) are we circulating an image of the West as racist thinkers have fashioned it? Should we construct Jewish, Islamic and Buddhist philosophy in our curriculums as “non-Western,” or does that reinscribe a fundamental divide between the West and the rest, where the West is portrayed as the major agent of human advancement?

Many of us who teach the works of the European Enlightenment live outside Europe, for example, in North America or Australia. We tend to view our societies as extensions of European or Western or Christian civilization. In the United States before the 20th century, universities primarily hired Christian theologians to teach philosophy.

Later, when American universities became more secular, philosophy departments were among the last to hire professors of Jewish ancestry. This was not because those who entered the profession were more anti-Semitic than their peers in other fields, but instead because Jews were regarded in the early 20th century as non-Western and therefore unfit to teach Western philosophy. The Harvard philosopher William Hocking is alleged to have said that “the Jewish mind could not properly interpret and teach the philosophy and history of Western Christian civilization.”

After World War II, when European Jews were reimagined as European, and therefore of the West, social barriers to Jews broke down in most areas of American life, including academic philosophy. Although some of the new arrivals attempted to incorporate Jewish thinkers into the American curriculum, those who did were pushed to the margins of the discipline. This is partly because philosophy itself became more secular, and its practitioners focused more on the epistemology and implications of Western science. Philosophers who engaged with Christian thought or the philosophy of religion were similarly marginalized in this period.

Research and teaching in the history of philosophy has become sidelined, too. Those who champion the importance and relevance of philosophy’s history to the field mostly defend the traditional Western canon, although there are some new efforts to incorporate the works and ideas of non-European and also women philosophers, and to teach the works of figures like Kant in ways that expose his social biases.

With the resurgence of old hatreds in the 21st century, philosophers are challenged to think about the ways we trace the history of our discipline and teach our major figures, and whether our professional habits and pieties have been shaped by religious intolerance and other forms of bigotry. For example, why not emphasize how philosophy emerged from schools of thought around the world? In the fields of history and literature, introductory courses that focus on European studies are being replaced by courses in world history and comparative literature.

There has not been a similar widespread movement to rethink the standard introduction to philosophy in terms of world philosophy. There are philosophers who contend that such projects inappropriately politicize our truth-seeking endeavors, but, as some philosophers of science have shown, objective truth involves the convergence of multiple observations and perspectives. Moreover, the anti-Semitic theories of Hume, Voltaire and Kant show that philosophy has rarely, if ever, been insulated from politics.

Laurie Shrage is  professor of philosophy at Florida International University.