Diplomacy that is constructive in nature

In its almost seven-decade-old diplomatic history, the People’s Republic of China has witnessed tremendous changes in international relations. In the initial stages, the essential task of China’s diplomacy was to fit into the world order as an independent sovereign country, and to safeguard its rights and interests while helping international relations to move toward a more equitable and reasonable direction.

Over the past nearly 70 years, China has weathered many a storm in international relations while making great achievements. In fact, New China’s diplomatic history can be broadly divided into three main parts. 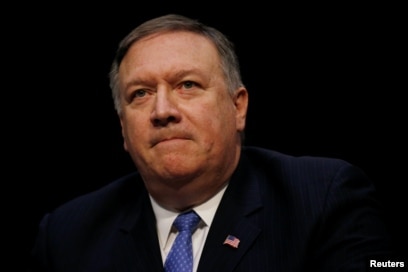 The White paper also said China has always followed (and will continue to follow) an independent foreign policy and the path of peaceful development. China pursues an independent foreign policy and follows the path of peaceful development so that it can promote cooperation and peace around the world-especially by using them to settle regional and global disputes-and foster quality development and social harmony at home.

Second, to keep pace with the times and increase its say in global affairs, China has gradually developed an all-round, multi-layered and three-dimensional diplomatic pattern.

In the early 1980s, China sought to establish good relations with countries and create a regional and global environment that would help promote its opening-up policy. It also looked to the West for help to speed up its modernization drive. China has not only engaged with the outside world but also pursued opening-up and win-win cooperation on the basis of mutual respect and consultation, while seeking common ground and shelving differences.

A worldwide web of friendly nations

China has also been advocating building mutual trust and deeper cooperation with other countries in security issues, and resolving international disputes through peaceful negotiations. In doing so, it has won the admiration of the international community and established diplomatic relations with 178 countries.

Third, China has made continuous efforts to make the regional and global governance mechanisms fairer and equitable. In the mid of 1950s, it developed the Five Principles of Peaceful Coexistence-mutual respect for each other’s territorial integrity and sovereignty; mutual non-aggression; mutual non-interference in each other’s internal affairs; equality and cooperation for mutual benefit; and peaceful coexistence-which has had a profound influence on the world.

Engagement with other nations to make world a better place

And thanks to the rapid growth in its comprehensive national strength over the past decades, China has intensified its engagement with the international community and increased its contributions to global mechanisms and initiatives for the betterment of humankind. In particular, since the 18th National Congress of the Communist Party of China in November 2012, China’s diplomacy has made a series of major achievements in theory and practice guided by the principle of building a community with a shared future for mankind.

Moreover, China also pursues common development with African countries based on the spirit of sincerity, results, affinity and good faith, and guided by the principle of amity, sincerity, mutual benefit and inclusiveness. In the new era, Chinese diplomacy has also been enriched by new concepts and visions, such as the right approach to justice and interests, new type of international relations and win-win cooperation.

China has proactively promoted the construction of global and regional mechanisms such as the Shanghai Cooperation Organization, the Lancang-Mekong cooperation mechanism and the Regional Comprehensive Economic Partnership, and initiatives such as the Belt and Road Initiative to boost regional cooperation and strengthen multilateral cooperation.

It is therefore clear that China’s diplomacy has advanced with the times and strived to create an atmosphere for peace and development not only in the region but also in the rest of the world. And irrespective of the difficulties and challenges it faces in the future, Chinese diplomacy will forge ahead on the path of peace and development to make greater achievements.

The author is a researcher at the National Institute of International Strategy, Chinese Academy of Social Sciences. The views don’t necessarily represent those of China Daily.