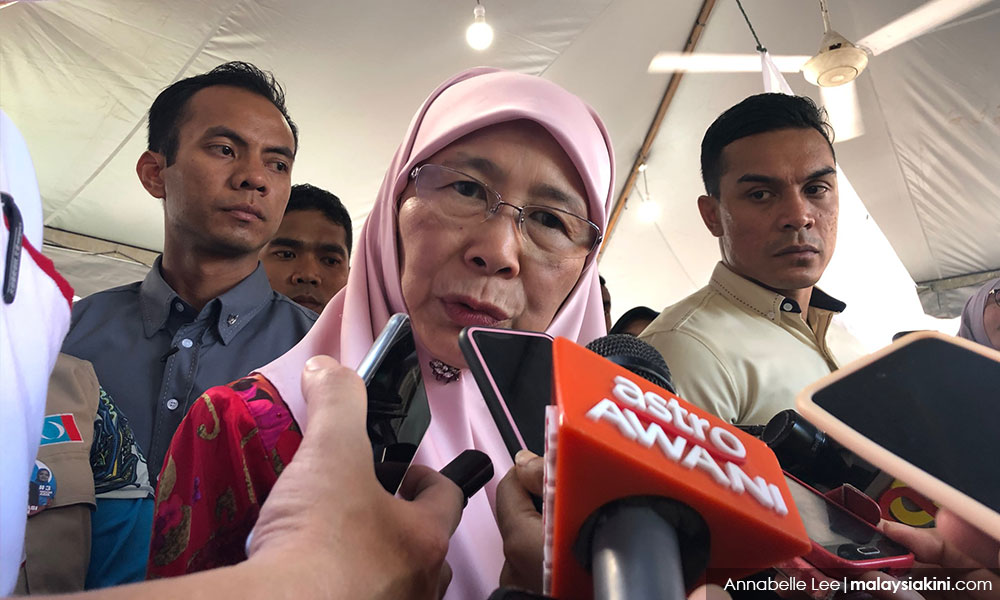 Wan Azizah, the Harapan president, said the coalition has to know what is needed to win in a by-election or a general election.

“We have a democratic system, we have a choice and we want the people to know that we are doing our best for them,” she told reporters after the 2019 Chinese New Year open house for Port Dickson.

She said this when commenting on the result of yesterday’s by-election, which saw BN candidate Zakaria Hanafi winning the four-cornered contest a majority of 1,914 votes.

Meanwhile, PKR Ppresident Anwar Ibrahim said the results of the Semenyih polls reflected the feelings of the people, especially those of the Malay community.

“We must take (the sentiments) into account, but we must continue with our tasks.

“I am confident that with a little time, the people will understand why we take necessary measures in implementing our programmes.

“We must also remember that the nature of the constituents is important for us to study.”

Anwar said that in the democratic process, the government respected the decision made by the people.

“It is my opinion that Malaysia must continue with the spirit of the (Federal) Constitution, which promises to preserve the position of Islam and the Malays, but the government must also be firm in preserving racial harmony.

“Harapan must represent the sentiments and needs and aspirations of all races,” he said.

Asked whether Mahathir’s aura had disappeared following the two straight by-election defeats, Anwar said it was inappropriate to make such an interpretation.

“Because Cameron Highlands is not a seat held by Harapan, we accept it.

“The Semenyih by-election gave a picture that there are several problems that we have yet to resolve,” he stressed.

Earlier the Port Dickson MP said the government under the leadership of Mahathir was endeavouring to bring changes to the people, but it was not possible to see the outcome within a period of several months.

“People ask me what is the biggest success achieved by Harapan under Mahathir.

“I say that the biggest success was that we managed to save the country from a government that was committing major robberies of the national income – not a minor robbery, not stealing chicken, but stealing national wealth.”

Lim described the result as the right and voice of the people in selecting their representative in the area.

“I accept the result from the people. This is the people’s right and voice.

“The expectation is that BN will fulfil their promises and statements made in the by-election.

“For Harapan, we will continue to unite the people,” he told reporters after an event in George Town.