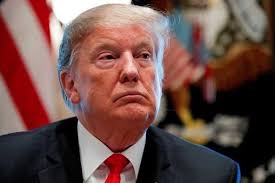 “One of the challenges with North Korea is trying to get an agreement that locks in concessions at the start, because history tells us that Pyongyang will not follow through, fully implement or honor its commitments. But, in truth, the United States does not have a great track record of honoring its international commitments, either”.–Fareed Zakaria.

It appears President Trump decided that a bad deal with North Korea was worse than no deal, a reasonable conclusion that suggests he and his team were approaching this important issue with the seriousness it deserves. One of the challenges with North Korea is trying to get an agreement that locks in concessions at the start, because history tells us that Pyongyang will not follow through, fully implement or honor its commitments. But, in truth, the United States does not have a great track record of honoring its international commitments, either.

It’s always useful in a negotiation to put oneself in the other side’s shoes. If you were a North Korean statesman, you’d surely study the last important international agreement negotiated and signed by a U.S. president: the Iran nuclear deal. In exchange for the elimination of 98 percent of Iran’s fissile material, thousands of centrifuges and its Arak nuclear reactor, as well as the installation of cameras and inspectors everywhere, the United States agreed to waive sanctions against Iran and allow Western companies to do business with the country.

But even during President Barack Obama’s administration, Iran never really got much access to the international economic system. Foreign Minister Mohammad Javad Zarif explained to me on several occasions that, despite the language of the deal, the Obama administration approved barely any commercial transactions between Iran and the United States. And once Trump took office, his administration began to actively undermine and even violate it, lobbying European countries to boycott Iran and using the dollar’s power to freeze any business with Iran. Not surprisingly, support for the deal in Iran, which was sky-high, has taken a serious hit.

Or consider when Libya agreed in 2003 to “disclose and dismantle” all of its weapons of mass destruction, which it essentially followed through on. In return, President George W. Bush’s administration promised to help Libya “regain a secure and respected place among the nations” and pledged “far better relations” between the United States and Libya. Bush suggested that the United States would work to turn Libya into a “prosperous country.” Little of this happened, of course, and several years later, the Obama administration helped topple Moammar Gaddafi’s regime. I am not arguing the merits of the Libyan intervention. But if you are a North Korean negotiator and Washington is promising you security guarantees, you might find this bit of history relevant and worrying.

If the North Koreans look back honestly at their own history of negotiations with the United States, they will recognize that they repeatedly lied, cheated and broke promises. Washington’s behavior is not nearly as duplicitous, but it did make promises to Pyongyang that were never really kept.

In 1994, North Korea agreed to halt operations at its Yongbyon nuclear facility and have its spent fuel monitored by inspectors. Yongbyon was eventually to be destroyed. In return, Washington would “move toward full normalization of political and economic relations” and give North Korea two light-water reactors, plus heavy fuel oil.

North Korea took most of the steps outlined. But as scholar Leon V. Sigal pointed out on 38North.org, Washington moved slowly on its commitments, never providing the light-water reactors and failing to deliver the fuel on time. It took only modest steps to normalize relations. Pyongyang made clear that if the United States did not live up to its end of the deal, it would renege on its own obligations. Still, President Bill Clinton’s administration did not come through, and North Korea began violating the accord. When the Bush administration came to power, it scuttled the entire process and moved to a much harder line against North Korea.

These U.S. moves are part of the hyper-polarized political environment of the past quarter-century. During the Cold War, most international agreements and commitments made by one president were likely to be upheld by his successors. Though many Republicans opposed President Harry S. Truman on NATO and foreign aid, the party did not try to reverse course and wreck these policies once in power. Though candidate Bill Clinton bitterly criticized George H.W. Bush’s foreign policy, it is hard to find an area where there was a significant departure from it once he became president.

Compare that with the current environment. Trump has pulled out of the Iran nuclear deal, the Paris climate accord and the Trans-Pacific Partnership, and he has questioned the continuing value of NATO. He has repeatedly shown that he regards every decision made by his immediate predecessor to be at least wrong, and often treasonous.

If you were a North Korean negotiator, you would surely be wondering whether any deal made by the Trump administration would be honored or properly implemented by its successors. And you would be right to wonder. The United States’ bitter polarization at home exacts a price in the nation’s credibility and consistency abroad.