To Lose or Not to Lose: Cambodia’s Dilemma over its EBA Status 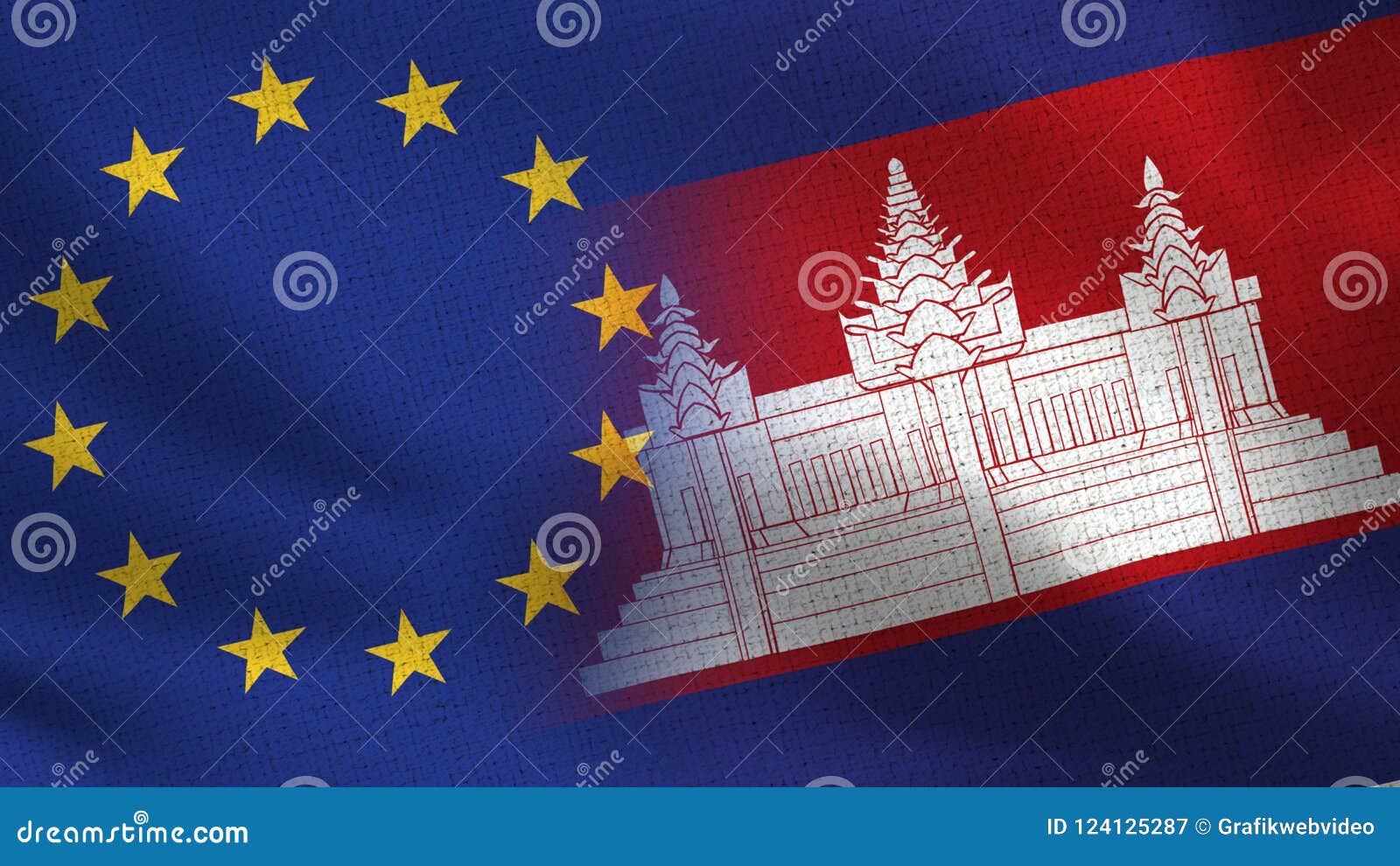 William Shakespeare’s famous quote, “to be or not to be, that is the question”, can now be applied to what is happening in Cambodia, but with a twist. As the country is now negotiating with the European Union (EU) regarding the latter’s wish to strip off its Everything But Arms (EBA) trade preferences from the former, we can see the relevance of Shakespeare’s well known line and we can say “to lose or not to lose, that is a Cambodian dilemma”.

After the EU threatened to remove its preferential trade deal in response to Phnom Penh’s perceived lack of commitment to improve its democracy and human rights situation, the country now faces a dilemma. On one side, Cambodia has to satisfy the demands of the EU, which may eventually result in the reinstatement of the opposition Cambodia National Rescue Party (CNRP), dissolved by the Cambodian Supreme Court in 2017. This is a dilemma on the part of the incumbent Cambodian government because, as the results of the 2013 national election and 2017 local elections showed, the CNRP could be a threat to the domination of the ruling Cambodian People’s Party (CPP) of Prime Minister Hun Sen. Dissolving the opposition before the election is clearly a win-win strategy that the CPP employed to secure victory. Reinstating it is certainly not part of the government’s agenda.

On the other side of the dilemma, Cambodia is facing a potential loss of its EBA status after the EU began a procedure to withdraw its trade preferences from the Kingdom in October 2018. Under the EBA scheme, Cambodia being one of the world’s least developed countries is granted with duty-free access to the European market. In 2017 Cambodia’s exports to the EU were valued at 5 billion euros (US$5.8 billion), making Europe the largest export market of Cambodia. The garment and footwear industries, which account for 40 percent of Cambodia’s GDP and employ about 800,000 Cambodian workers, rely to a great extent on tariff-free exports to Europe. Losing the EBA preferences would adversely impact the whole industry which is vital to Cambodia’s economy and has been considered as a sector too big to fail.

Thus, Cambodia is apparently in a dilemma over how to tackle the EBA issue. To continue benefiting from the EU trade preferences, the CPP-led government has to consider bringing back the dissolved opposition, a move Hun Sen and his ruling elites have tried to avoid. However, if Hun Sen’s government refuses to give in to the EU’s human rights demands, it will risk losing the EBA status, the consequences of which may be severe for Cambodia’s economic growth. As it stands, it is no longer a win-win scenario for the Cambodian government. It is a dilemma between sustaining robust economic growth and maintaining political dominance, both of which are critical to the incumbent government’s legitimacy.

Cambodia’s responses to the EU’s potential economic sanctions have been contradictory, perhaps reflecting this dilemma. As David Hutt aptly noted, the Cambodian government’s response to the EBA issue “has oscillated between victimhood and vainglory, between saying Cambodia’s economy won’t be too badly affected by the EBA’s withdrawal and saying that if the EU goes ahead with its threat, it will destroy of livelihoods of millions of Cambodians, mostly the poor”.

The inconsistency in the government’s response may explain the dilemma confronting Hun Sen and the CPP elites. Clearly the Cambodian government understands the potential negative effects that the loss of the EBA scheme may have on the lucrative garment sector that has contributed to Cambodia’s economic growth and directly benefited almost a million garment workers, not to mention the cumulative impact on their extended family. The promulgation by the government that losing the EBA preferences won’t affect Cambodia is far from convincing. How can losing tariff-free export ability not affect the economy that benefits from tariff-free exports? It is not so difficult to comprehend.

After the EU announcement regarding the EBA withdrawal, there have been strong reactions by the Cambodian government and a series of analyses in the media about the EU’s double standards in its treatment of Cambodia. The Cambodian government has called the EU’s EBA threat an extreme injustice and a prejudicial decision. Hun Sen has warned of the death of the opposition and has been reported saying that the EU’s withdrawal of its trade preferences may become the West’s third mistake in dealing with Cambodia.

While Cambodia is facing a dilemma and may easily look to China for support, the EU should probably understand the potential repercussions of its decision.

However, lingering uncertainty regarding the eventual outcome of the EBA withdrawal, coupled with the EU’s recent announcement to implement protectionist tariffs on Cambodia’s rice exports, has worried investors and business leaders in Cambodia. In late January 2019, 40 signatory leaders of industry associations who represent the Cambodian economic community released a joint statement to the EU Trade Commissioner to express their deep concerns with respect to the potential imposition of tariffs and withdrawal of the EBA scheme. The statement appealed to the European Commission and the European member states to continue to support Cambodia by “refraining from taking any action that will harm the interests and livelihoods of the country’s [Cambodia] people”. The EU has not officially responded to the appeal but seems to proceed with its formal procedure to withdraw the EBA benefits from Cambodia; nevertheless, according to the EU, the channels of dialogue to resolve the difference are still kept open.

Although it remains to be seen how this EBA issue will unfold, Cambodia’s recent response to the EU’s calls does not seem to be effective and satisfy the EU’s demands. The Cambodian government has viewed the EU’s dealing with Cambodia as an injustice and a threat to Cambodia’s sovereignty and independence. Complying with the EU requirements, in the Cambodian ruling elites’ view, is like allowing foreign countries or entities to interfere with Cambodian politics or domestic affairs. Cambodia cannot trade its sovereignty, independence, and peace for economic assistance.

Such a line of thinking is applaudable and is well-received by Cambodians, but as has been spelled out in a recent article, “EBA is not a trade pact open to negotiations – it is a trade preference gifted to financially impoverished countries and designed to encourage democratic and social reforms more attuned with European standards”. Therefore, it seems appropriate when the EU demands improvements to the human rights situation in Cambodia. If Cambodia wishes to remain part of this preferential scheme, it has to meet the conditions laid out by the EU with regard to the trade preferences. Cambodia does not have “inherent right to be part of the EBA scheme”.

Despite the dilemma, Cambodia seems to have a choice which, analyzed based on recent political developments, requires it to choose between losing the EBA status or improving the human and political rights situation in the country, perceived to be deteriorating. If no concrete measures are taken to salvage the current situation, losing the EBA benefits would be a high possibility. Cambodia apparently cannot continue to enjoy the duty-free access to the EU market while ignoring the EU’s demands for better human rights and democracy. The aim of EBA preferences is to contribute to the economic development of the world’s poorest countries; however, the preferential scheme does come with conditions that have to be fulfilled by beneficiary countries.

Based on the current development, the EU’s intention to withdraw its special trade preferences granted to Cambodia does have implications for the relationship between the two sides. In the Cambodian government’s words, the EU decision to suspend the EBA preferences would “nullify the enormous positive impact of the European policy from which Cambodia has benefited so far”. The EU measures would also very likely propel Cambodia into a closer embrace of China, its largest aid donor and foreign investor.

Thus, while Cambodia is facing a dilemma and may easily look to China for support, the EU should probably understand the potential repercussions of its decision. Both sides need to bring the issue to the discussion table and continue to keep the path of dialogue open. The way forward, as the EU has suggested, is through dialogue and negotiation. The EU, however, should try harder to understand Cambodia’s difficulty and situation, while Cambodia has to keep an open mind and try to understand the underlying intention of the EU actions with trust and willingness. Going to the discussion table with suspicion, distrust, and accusation is not a viable option, but it only helps to exacerbate the precarious situation.

One thought on “To Lose or Not to Lose: Cambodia’s Dilemma over its EBA Status”