Malay uber alles, above everybody else 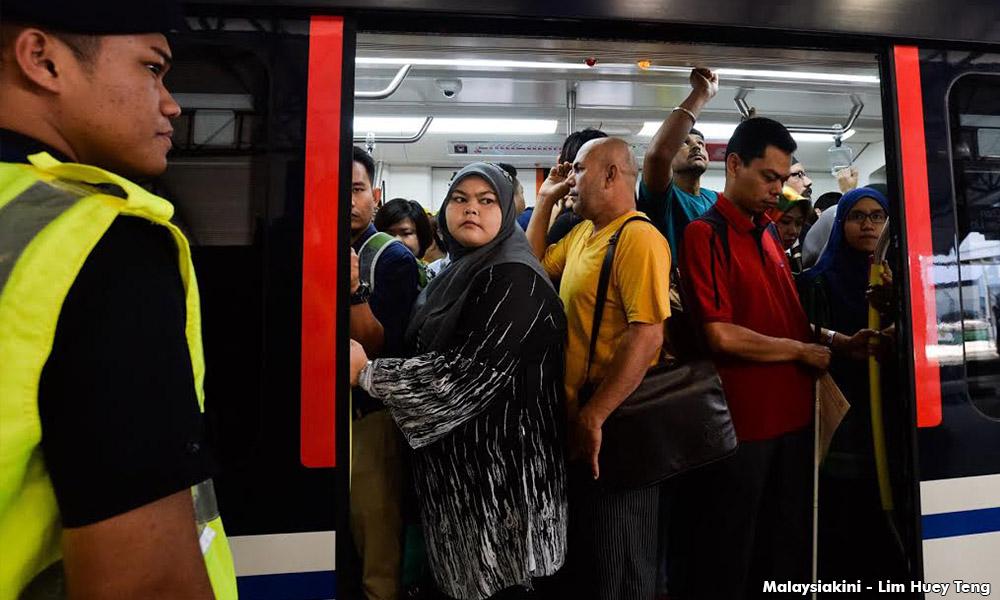 COMMENT | After Harapan won the last election, I assumed we had some breathing space.

“So I urge young Malays to plan their lives properly. Don’t make the same mistake I did. Malaysia is a sick Muslim country that teaches you the wrong things.”

The recent comments by BN secretary-general Nazri Abdul Aziz on the Semenyih campaign trail about the racist inclination of the UMNO grassroots on their fear of non-Malays leading certain ministerial portfolios is neither shocking nor unexpected.

All this is part of the Malay über alles strategy of the far right and the foundation of mainstream Malay politics. Non-Malay political operatives in Pakatan Harapan, now that the coalition has achieved federal power, have to be careful about how they define their power because everyone has been told not to spook the Malays.

Furthermore, because Bersatu was not the powerhouse Malay bloc that Harapan had hoped for, the old maverick has had to resort to all sorts of stratagems to entice UMNOmno political operatives to step into his tent.

All this, of course, plays into the hands of UMNO and PAS who can now freely explore their racial and supremacist ideologies without fear of losing their non-Malay base because the MCA and MIC are out of play.

Two years ago, former minister Zaid Ibrahim, encouraged young Malays to leave this country because of the policies of BN. This, of course, caused a stir. As always, whenever Zaid says something, he does so without political consideration. He spits it out because he knows that outlier Malay voices think this way.

There were the usual calls to stay and fight by those in the intelligentsia who supported the then opposition Harapan. I was sceptical. In a piece exploring what Zaid actually said – there is always confusion because some pundits do not bother to refer to what he said, instead relying on what others claim he said – I wrote:

“If you want people to stay and fight for their rights, you must be able to demonstrate that staying and fighting is something that is worthwhile. We are not yet at the stage where you can point to incremental changes (elsewhere) and say that this is progress. We are a developed country with narratives that are evidence that religious and racial plurality is something we had, but lost like many Islamic state narratives in countries all over the Middle East.”

After Harapan won the last election, I assumed we had some breathing space. To my thinking and I suppose some people who voted for Harapan, we believed that if we begin the process – however incrementally – of dismantling the Malay uber alles ideology, we could at least set the foundation for a brighter tomorrow for future generations. This kind of thinking is not based on any idealist impulses. This is pure self-preservation. People sometimes confuse capitulation with pragmatism.

But as the days drag on, I see very little hope or evidence that things are going to change. While I received the usual hate mail for my last piece from the usual suspects, I received many emails from Malays overseas, who claimed that what Zaid two years ago was the right thing to do.

Many young Malays ask me how they can overcome a system which is against them, but which people think provides privileges for them? Zaid said it best: “They will continue to make you intellectually poor by stifling you, giving you no freedom to grow and develop your minds.”

As one young Malay activist told me, there is this bubble we exist in. There is some freedom in the political/activist circles, but it slowly evaporates depending on where you go. Non-Malays, although they face discrimination, do not have to look over their shoulder all the time in case they are targeted by the religious bureaucracy or they are sanctioned for making racially provocative statements which are in reality egalitarian statements.

Umno political operatives make an argument about how “immigrants” assimilate in the West “Western” culture and norms, so why can’t the non-Malays do it here too? This is a silly argument because assimilation of Western culture generally means assimilating democratic and egalitarian norms and not sublimating culture to Islam and racial hegemony which is what is expected of the non-Malays here.

Please note, I am not saying that the “West” is perfect, only that assimilation in the West means submitting to a whole different set of values which are more aligned to democratic first principles, rather than being pak turuts (yes-men) which is how someone like PAS leader Abdul Hadi Awang and the rest of the Malay political elite sees the non-Malays. Are there extremists in the West pushing a right-wing Judeo/Christian agenda? Yes, but we should note the blow-back this agenda receives.

Say what you like about Nazri, but he is saying exactly what the Malay grassroots believe, and keep in mind this is the base that Bersatu and other Malay power structures in Harapan want.

How can you change this sort of thinking? How long will it take? A generation? Two generations? The non-Malays are losing the numbers game and in a couple of decades, will there be any young Malays who would even think of migrating because of a totalitarian government?

People often ask what can they do. I have no idea. I cannot point to alternatives in mainstream political parties. Young people who have left the country and who correspond with me, tell me the same thing. There are no mainstream alternatives in the Malaysian political landscape. One Malay power structure is the same as the next.

Lawyer Latheefa Koya correctly points out that Nazri’s comments are an insult to Malays, but so is claiming Malays need a party to defend them, that Islam needs to be protected, the Malays are under siege and the DAP is working to destroy Malay rule in Malaysia.

If Nazri is being investigated for sedition, then perhaps, the mainstream political system in Malaysia is seditious.

7 thoughts on “Malay uber alles, above everybody else”