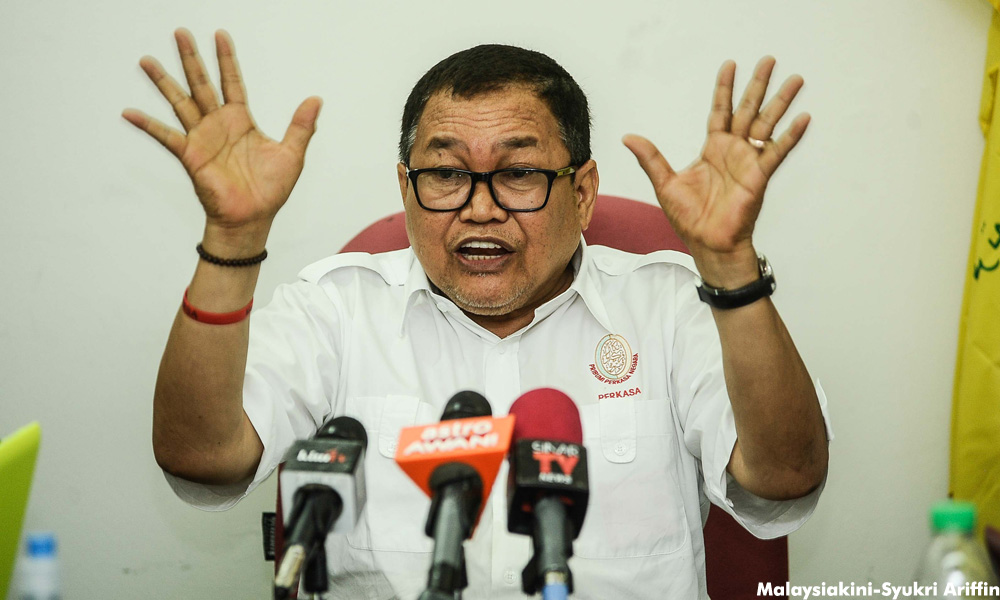 COMMENT | I have a friend with a rather unique superpower – she puts the fear in Ibrahim Ali.

Surprising as it may sound, this friend, a cili padi of a PKR activist, lives near the Perkasa president and is never shy about discussing difficult topics with strangers.

She and Ibrahim have bumped into each other on a number of occasions – at Great Eastern Mall, cafés and even at the National Heart Institute.

When she sees Ibrahim, she usually engages him immediately over his championing of racial politics and says that as a loyal citizen of Malaysia, she doesn’t deserve to be called pendatang for being Chinese.

He responded to her at first, explaining that he is not a racist, but only wants to defend his own race from threats, real or imagined.

But by the last time they met, Ibrahim had given up. He scurried into his car, telling everyone around that she was mad!

Ibrahim is a former student activist who served as Pasir Mas MP under UMNO, then Semangat 46, and finally as a PAS-friendly independent.

Aside from party-hopping and his stints in Parliament (from 1986 to 1995, and again from2008 to 2013), he is best known as the provocative leader of Malay rights group Perkasa.

Always combative, it is amazing that he has managed to survive in politics for so long without a lengthy stint in prison.

From mocking then-parliamentary colleague Karpal Singh’s disability to a vulgar response to an Al-Jazeera interviewer’s questions, and most alarmingly (or should that be seditiously?) implying a May 13-style response to Bersih 2.0, Ibrahim has made a career out of shock tactics and embarrassing scenes. 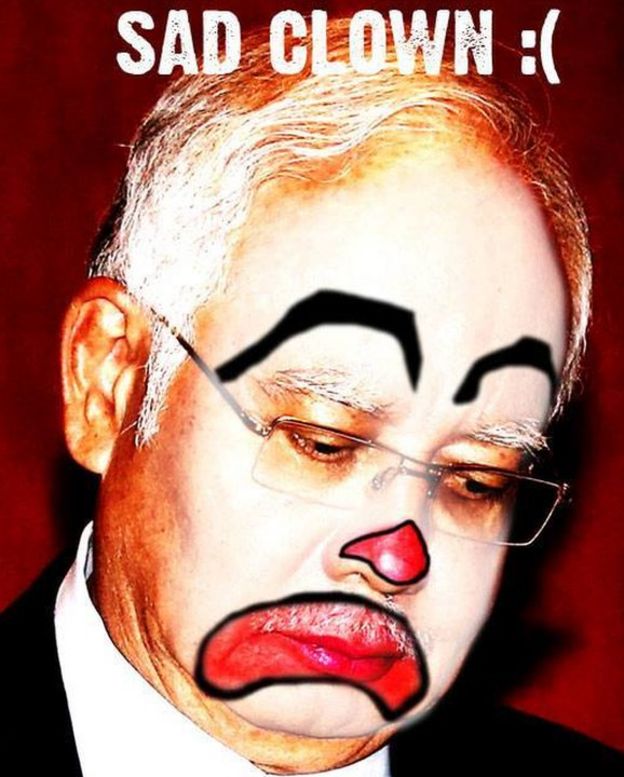 Unfortunately, Ibrahim is far from being the only right-wing bigot and agent provocateur enjoying the freedom of the land.

Kinabatangan MP Bung Mokhtar Radin has graced (or should that be disgraced?) the halls of Parliament since 1999.

Bung Moktar’s reputation for politically incorrect language and gestures is a mile long.

This genius first caught my attention with his horrific “Batu Gajah tiap-tiap bulan pun bocor” remark about fellow parliamentarian Fong Po Kuan in 2007, and has since progressed to a “Long live Hitler” tweet after Germany beat Brazil in a World Cup semi-final, to a barrage of “f*** you” exclamations last year.

Telling another fellow MP that he wasn’t an MP but a gangster was a particular favourite among the Indian community.

Amazingly, this character seems to pass for witty in the boondocks of rural Sabah. An editor friend of mine, Phil Golingai, told me that Bung Moktar is actually “charming and amusing.” He said “the local people there like him. I like him also, actually.”

Someone must, for Bung Mokhtar has won five consecutive election contests in Kinabatangan, thrashing all comers with winning margins of 30-50 percent, aside from winning unopposed in 2004.

Not yet 60, Bung Moktar is likely to be part of the national dialogue for some time to come.

At this point in time, there is no probably no more notorious hate figure or clickbait villain than Jamal Md Yunos.

Where does one begin with the Sungai Besar UMNO chief? Protesting water cuts outside the Selangor state secretariat building clad in towels was pretty amusing, I have to say. Although I had to lament the alcohol abuse when he smashed crates of beer with a sledgehammer.

Jamal also made videos taunting cops from palm oil estates when he was on the run, and even called for Malaysiakini’s closure and threatened the safety of the building.

And there’s the rub. Jamal may have been full of stunts geared to catch the public eye. But behind the humour, the threat of violence was not always distant.

I find his antics impossible to forgive, particularly as his men hounded and assaulted two reporters I assigned to cover one of his red-shirt rallies.

I didn’t shed any tears when he spent time in jail (for the unrelated charge of fleeing police custody)… and came out saying he was a changed man who wanted to back prison reform!

On the lighter end of the spectrum, we have Abdul Rani Kulup, king of the police report. Functioning under Gabungan Masyarakat Islam Malaysia, it’s hard to take him and his gang of uniformed personnel too seriously.

A fellow journalist who has interviewed him a few times said: “I won’t say he’s 100 percent harmless, because some of the reports he makes touch on race and religion, the two biggest matches that can light any spark.

“Having said that, I’m not sure anyone takes him seriously. He is a buffoon who is seeking attention, but at the same time he entertains people with his antics.

“He is a pretty nice guy and can be funny,” the journalist said. Turns out Rani Kulup can also play drums and sing at the same time.

Other headline-hogging reprobates appear to have slipped out of the limelight, no longer enjoying the infamy they once earned.

Some think we shouldn’t give them column inches. The theory is that depriving them of the oxygen of publicity will go a long way towards silencing their hate speech.

However, I must confess (and pardon me for sounding like a snob here) that I want their collective lack of intellect to speak for itself. Some deterrent sentences wouldn’t be remiss either.

Let’s be honest. Train wreck syndrome or not, people like to read about them. I am prepared to wager that this column will enjoy wider readership than my previous about why the average citizen needs to care about freedom of the press.

And maybe we should be asking ourselves why that is.

MARTIN VENGADESAN is a member of the Malaysiakini team.