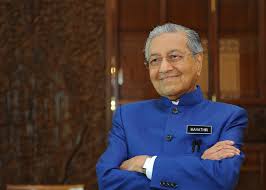 There is growing uneasiness in Malaysia that the ethnic chauvinism of the United Malays National Organization under Prime Minister Mahathir Mohamad during his first 22 years in power is rising to overpower the platform of multiracialism and ending political corruption that defeated the country’s founding coalition last May 9.

Thus fears are growing that letting Mahathir lead the Pakatan Harapan coalition means the founding parties – Anwar’s PKR, the DAP and Amanah – are likely to soon find the entire camel in the tent with them despite their Reformasi platform.

Mahathir has come to dominate the coalition with ideas that drove the Barisan Nasional, the ruling national coalition, and UMNO, its main component, during his reign from 1981 to 2003. He has pushed through yet another national car plan even though his previous one, the ill-fated Proton, lost billions of dollars. He is squabbling with Singapore and backing the concept of Ketuanan Melayu over the objections of coalition partners, the Chinese-dominated Democratic Action Party and opposition leader Anwar Ibrahim’s own Parti Keadilan Rakyat, who favor a multi-ethnic government.

He has accepted eight former members of parliament who have crossed from the corruption-ridden and imploding UMNO into his Parti Pribumi Bersatu Malaysia, with more possibly to come from the  East Malaysia state of Sabah.

“There’s a lot of resentment over the acceptance of these eight UMNO bozos and they are possibly going to accept several more in coming weeks,” said an annoyed Kuala Lumpur-based political analyst. “The coalition partners have expressed unhappiness, the same way the minor parties expressed unhappiness during the Barisan days – muted and sheepishly. None have the balls to vigorously stand up on principle against Mahathir.”

Mahathir, by far the country’s most popular political figure at age 93, is having none of it. He said earlier this week that he wouldn’t hesitate to abandon his coalition partners “if they are not loyal to the country.”

When the country’s 14th general election was held last year, Mahathir’s Parti Bersatu emerged with just 13 seats, compared with 47 for Anwar’s PKR and 42 for the DAP, with a handful of lesser parties making up the rest. With the defections from UMNO, Mahathir’s party has nearly doubled its seats in parliament to 22. 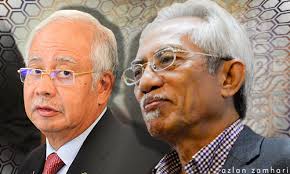 Last October, Kadir Jasin, a former newspaper editor and longtime Mahathir ally, said as many as 40 former UMNO members might cross over to Parti Bersatu. That set alarm bells ringing, with the other coalition members, particularly Lim Kit Siang of the Democratic Action Party, raising a furor and putting a temporary stop to it. If indeed Parti Bersatu were to take in 40 additional members, that would make it by far the strongest party in the coalition.

Despite some concerns over nonagenarian forgetfulness, the Prime Minister appears to be as headstrong in his new incarnation – despite swearing fealty to democratic principles during the campaign to oust former Prime Minister Najib Razak – as he was during his reign as premier from 1981 to 2003.

Bloodletting in the new ruling coalition appears to have claimed several scalps including Nurul Izzah, Anwar’s daughter, who quit as vice president of PKR in December along with giving up her chairmanship of Keadilan Penang, reportedly in disgust over the political situation. Rafizi Ramli, the party secretary general, also appears to have been sidelined, with former Selangor Chief Minister Azmin Ali – a favorite who was appointed economics minister by Mahathir — now playing a leading role in Anwar’s own party.

Whether Anwar can emerge from the two-year sabbatical he promised is also unclear. He is not trusted by many including some in PKR, and thus the squabble for party primacy between Azmin and Rafizi.

Mahathir has never made a secret of his insistence of ethnic Malay primacy that characterized UMNO during his first 22 years in power. Since the election, he has repeatedly defended the concept of Malay rights, saying at a party assembly in December that “Malays feel that they must be protected and they feel this could only be done by their own race through politics. That is why a party comprising Malays and led by them needs to be formed.”

But the last time Mahathir tried that, he ended up with school systems and universities that simply passed Malays through without educating them, with a civil service that was choked with unneeded employees, with companies that carried dead weight on their payrolls.

It was Mahathir who sought to create a cadre of 100 super-rich bumis who in turn would help rural Malays into prosperity, much the way he envisioned driving the country into industrialization through massive projects. But once the privileged got rich, there was little incentive to share it with the kampungs, the Malay rural villages. Many of the state-backed companies eventually collapsed and for decades had to be supported by government institutions.

Anwar has been careful to say that Mahathir has changed his stripes. But Parti Bersatu bills itself as an “older and better version of UMNO” with no need to accept non-Malays. That appears to be a recipe for disaster.  It was UMNO in the fading days of the Barisan’s reign that kept the now-disgraced Najib Razak in power through massive bribes to party members.

Pakatan Harapan has made some progress towards multiracial government, with a highly respected ethnic Indian – Tommy Thomas – as attorney general, and Lim Guan Eng, the effective Chinese chief minister of Penang, as finance minister. It appears to be making steps towards cleaning up the judiciary, and it has arrested Najib and his grasping wife as well as others. But the coalition hasn’t helped its reformasi reputation with the discovery by opponents that at least five officials appear to have faked their university degrees.

But there is little doubt that there is an elemental inconsistency between Mahathir’s view of governance and that of the other component parties, and that Mahathir, through the sheer force of his will, is winning.

Nine months ago, country was euphoric and jubilant,” a disillusioned source said. “Today people refer to the new PH Government as ‘the bloody government.’  No more of this ‘New Malaysia’ stuff. You bring that up, people whack the shit out of you. Because there is no New Malaysia. There is only one Malaysia – the Malaysia that we have all allowed to exist, the old Malaysia, where corruption, cronyism, abuse of power is all justifiable in the name of national unity.”