By Editorial Board, ANU

Last week, Thailand’s upcoming elections took a bizarre turn when Princess Ubolratana Rajakanya (pic above), Thai King Maha Vajiralongkorn’s elder sister, was registered as a prime ministerial candidate by Thai Raksa Chart, a Thai political party affiliated with the exiled billionaire and former prime minister Thaksin Shinawatra. The King swiftly condemned the move as unconstitutional and an inappropriate interference of the monarchy in Thai political affairs. But both interventions on the way to the 24 March elections leave many questions about the country’s transition from military rule along the road back towards democracy. 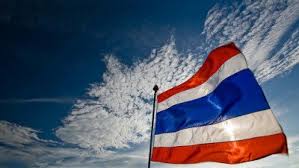 By most reckoning, Thailand is the second most important member of ASEAN. Thailand is Southeast Asia’s second largest economy although its growth rate, which had been running at 6.5 per cent before martial law was imposed, is now languishing at under 1 per cent. Its people are more prosperous than the population-large Indonesia and, although stalled in the middle income trap, its economy includes the most advanced industrial production networks in Southeast Asia and is highly integrated into the East Asian economy.

Thailand’s economy is flexible and globally connected. Its production networks enhance regional productivity and efficiency. ASEAN efforts at regionalising its market and production depend on re-igniting Thailand’s success — positioned as it was at the leading edge of Southeast Asian modern industrial development. Its political troubles of the past half-decade have posed the usual issues for international investor confidence for Thailand itself, but they’ve also raised serious issues about its ability and commitment to deal with ASEAN’s challenges in an uncertain world economy and the new shape of geopolitics in the region.

This year, Thailand chairs the ASEAN group and in that position it will play a crucial role in trying to frame the region’s response to perhaps the most testing international and economic environment that the regional organisation has confronted in the more than 50 years since it was founded. Thailand’s return to democracy after the coup five years ago is in part preparation for the leadership role for which it now has responsibility.

At its roots, the fracture of Thai political stability five years ago was a consequence of the nation’s failure to build a stable consensus about how to distribute political and economic power across society, ordered around the monarchy, the military and bureaucratic elite, and the people, gradually enfranchised through elections after the student uprisings in 1973. The restoration of a measure of democracy this time round depends on the commitment of the most powerful interests in the nation, including the palace and the army, to respect electoral mandates. If things go badly wrong again, Thailand — one of the most successful societies in Asia and a society that is comfortable with its positive international and regional standing — will not only find it more difficult to re-establish its place back on the perch, it will weaken ASEAN’s new determination to assert its centrality in regional affairs.

One view is that Thailand can manage its regional responsibilities, as chair of ASEAN, and continuing political turmoil at the same time. There will be no repeat of the 2009 episode when protesters forced the cancellation of that year’s ASEAN Summit and badly dented ASEAN’s international standing. That’s probably a sanguine view of Thailand and ASEAN’s situation today. The region and the organisation are under intense pressure and searing critical examination. If Thailand’s missteps along the road towards democracy spill over into uncertainties about the process of setting a new strategic direction for ASEAN, the costs will be non-trivial.

The monarchy appears to have shown decisiveness and appealed to worthy principle in dealing with the fiasco created by Princess Ubolratana’s unusual entry into Thai politics via Thaksin’s clumsy tactic. Yet our first lead piece this week by Patrick Jory speculates that the King may have had knowledge of his sister’s and Thaksin’s move. Were that so, it would forebode continuing febrility in the relationship between the monarchy and the bureaucratic elite.

On coronation, it’s believed, the King could in fact extend political amnesties to cement the progress of constitutional monarchy under his reign. If that extended to Thaksin, however, there would certainly be further trouble down the track. Meanwhile, the role of the military and Prime Minister Prayut Chan-o-cha will be decisive. He was nominated as a prime ministerial candidate by the Phalang Pracharat Party at the same time as Princess Ubolratana’s spectacular flameout. Although this was not unexpected, it raises difficult questions. Prayut’s nomination for prime minister by Phalang Pracharat can be argued to compromise the military’s interest in respecting the electoral mandate. The appointment of senators (who have a vote with elected parliamentarians on the choice of prime minister) is by the National Council for Peace and Order of which Prayut’s chair. Senate votes could carry the day in the likely event that there is no decisive majority outcome from the popular electoral vote.

In our second lead piece this week, Greg Raymond canvasses these and other political problems in Thailand today.

‘Much is still to play out,’ says Raymond, ‘but there are reasons to think that both sides of politics may see it in their best interests to act with restraint. One of the beneficiaries of what has occurred is without doubt Prime Minister General Prayut Chan-o-cha’. Prayut looks like he has a strong chance of being elected prime minister. He needs to secure 126 seats from a coalition of his own and other smaller parties, and command virtually all of the 250-member Senate (as is expected given senators are appointed by the junta) to get a winnable 376 seats to ensure his installation as prime minister.

But political emotions are inevitably running high and Thaksin’s might not be the only misstep. Were the military to cancel the election in the light of what has happened, or take excessively punitive measures against the Thai Raksa Chart party, it could trigger unrest and make a volatile situation more so. The Pheu Thai Party, the main Thaksin-affiliated party, is still in the contest if it can preserve its cool and insulate itself from whatever happens to the Thai Raksa Chart party, including possible dissolution.

Prinya Thaewanarumitkul, Vice Rector of Thammasat University, has urged Prime Minister Prayut to stand back and withdraw from the Prime ministerial contest in order to avoid a conflict of interest for the National Council for Peace and Order in its role in the appointment of senators. That would be an act of great statesmanship, but an unlikely turn of events. There is quite a way to go before Thailand restores its rank among the democracies and many uncertainties along the path over the next several months.