Cancer -Like Anti-Semitism has spread throughout the Islamic World In recent weeks, attention has focused on two freshman Democratic members of Congress, Ilhan Omar (Minn.) and Rashida Tlaib (Mich.), both of whom are Muslim and have made critical statements about Israel and its most ardent American supporters. Their tweets and comments have been portrayed by some as not simply criticisms of Israel but rather as evidence of a rising tide of anti-Semitism on the new left.

I don’t know what is in the hearts of the two representatives. But I believe that Muslims should be particularly thoughtful when speaking about these issues because anti-Semitism has spread through the Islamic world like a cancer. (Omar and Tlaib are not responsible for this in any way, of course, but they should be aware of this poisonous climate.) In 2014, the Anti-Defamation League did a survey in more than 100 countries of attitudes toward Jews and found that anti-Semitism was twice as common among Muslims than among Christians, and it’s far more prevalent in the Middle East than the Americas. It has sometimes tragically gone beyond feelings, morphing into terrorist attacks against Jews, even children, in countries such as France.

It might surprise people to know that it wasn’t always this way. In fact, through much of history, the Muslim Middle East was hospitable to Jews when Christian Europe was killing or expelling them. The great historian Bernard Lewis once said to me, “People often note that in the late 1940s and 1950s, hundreds of thousands of Jews fled Arab countries. They rarely ask why so many Jews were living in those lands in the first place.” 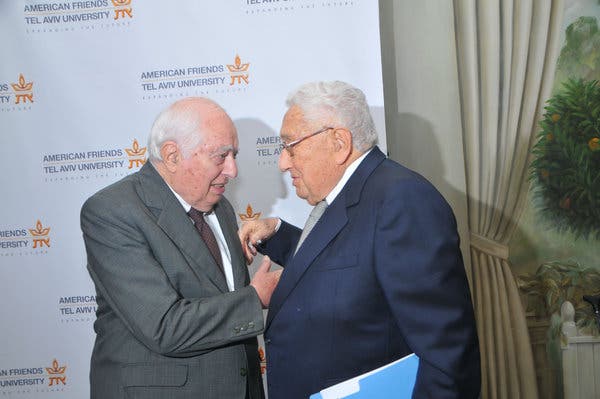 In his seminal book, “The Jews of Islam,” Lewis points out that in the Middle Ages, when polemics against Jews were commonplace in the Christian world, they were rare in the Islamic world. In the early centuries of Islamic rule, he writes, there was “a kind of symbiosis between Jews and their neighbors that has no parallel in the Western world between the Hellenistic and modern ages. Jews and Muslims had extensive and intimate contacts that involved social as well as intellectual association — cooperation, commingling, even personal friendship.” One shouldn’t exaggerate the status of Jews back then — they were second-class citizens — but they were tolerated and encouraged to a far greater degree in Muslim societies than in Christian ones.

Things changed in the Muslim world only in the late 19th century, when, according to Lewis, “as a direct result of European influence, movements appear among Muslims of which for the first time one can legitimately use the term anti-Semitic.” Muslims worried that the British, who came to rule much of the Middle East, were favoring the small non-Muslim communities, especially Jews. Muslims began importing European anti-Semitic tropes such as the notion of blood libel, and noxious anti-Semitic works started to be translated into Arabic, including the notorious “Protocols of the Elders of Zion.”

What supercharged all these attitudes was the founding of Israel in 1948 and the determination of Arab leaders to defeat it. In their zeal to delegitimize the Jewish state, men such as Egyptian President Gamal Abdel Nasser promoted all kinds of anti-Semitic literature and rhetoric. Arab states became vast propaganda machines for anti-Semitism, brainwashing generations of their people with the most hateful ideas about Jews. Even the supposedly secular president of Syria, Bashar al-Assad, declared in 2001 that Israelis were “trying to kill all the values of the divine religions, with the same mentality that brought about the betrayal and torturing of Christ and in the same way that they tried to betray the Prophet Muhammad.” Religious states such as Saudi Arabia were just as bad, if not worse.

Decades of state-sponsored propaganda have had an effect. Anti-Semitism is now routine discourse in Muslim populations in the Middle East and also far beyond. While some Arab governments have stepped back from the active promotion of hate, the damage has been done.

It should be possible to criticize Israel. As Peter Beinart has written, “establishing two legal systems in the same territory — one for Jews and one for Palestinians, as Israel does in the West Bank — is bigotry. . . . And it has lasted for more than a half-century.” It should be possible to talk about the enormous political influence of the American Israel Public Affairs Committee, or AIPAC. I recall senators privately worrying that if they supported the Iran nuclear deal, AIPAC would target them. (Of course, this is true of other lobbies and is not the only reason senators voted against the deal.) These are legitimate issues to vigorously debate and discuss in the United States, just as in Israel.

Unfortunately, by phrasing the issue as the two new representatives sometimes have, they have squandered an opportunity to further that important debate.