If you do not trust nor believe the words of Tun Mahathir, Azizah, Anwar Ibrahim, Lim Kit Siang and LGE, who then can you believe? Who then can you trust?

If you just had a King abdicate after he had married a Russian beauty queen and abdicate for reasons that ran the gauntlet of being a drug and sex addict, to a King beholden (or more appropriately, held to ransom) by the previous BN government who had plied him with much cash and closed one eye to all of his human failings….how else, you may ask yourself, can you expect the other Royals to misbehave? 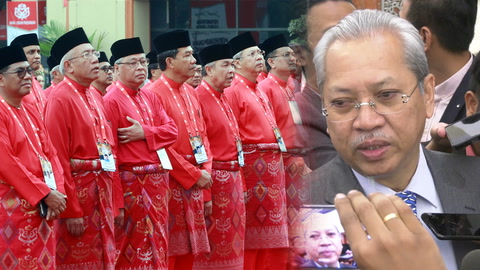 If you had already endured a BN government that had taken you for fools and idiots in the manner they do government and you are now facing the real prospect of this Pakatan Harapan government also taking you down the same garden path as BN did…surely, you should by now, start to ask yourself, what else is there to come.

And just as you think there may be some hope in the integrity and independence of the Judiciary and all those whom have been appointed and anointed to do just that….we are confronted by the images of these same individuals thumbing their noses at the very adage that they must be familiar with “That justice must not only be done but must be seen to be done,” as we are confronted with images of these very same individuals from the highest judicial office in Malaysia  doing what is not very “judicious”….letting their hair down in public. For sure you can argued that it was a closed gathering but surely these August Judicial Officers must be aware that Chua Soi Lek thought that what he was doing in the confines of a hotel room would remain in the confines of that Hotel room…alas he was wrong. These judicial officials must not forget that at all times, they must carry themselves with decorum and with grace less they become suspect in the eyes of the rakyat as being complicit with the powers that be in taking the judiciary down to their level.

Increasingly we are being confronted by disturbing images and the juvenile deeds of high public officials. Everyday we hear of, and read about little Napoleons in position of little or no authority pushing their weight around by being arrogant, overbearing, uncaring and unable to emphatize and sympathize with the plight of the rakyat trying to eke out a decent living in very trying circumstances.

All these and more, day by day, is becoming a crushing burden on the rakyat as this Pakatan Harapan government asks, nay demands, that you and I must pikul this crushing burden for God knows how long more. There is no end in sight! A burden the Rakyat seems unwilling and unable to shoulder even for another single day…what more for another week, a month or even years.

Something has to give!

The distinguishing feature that has defined the Barisan Nasional government and now, this Pakatan Harapan government is DIVISIVENESS.

Both BN and PH leadership are guilty of not attempting to bring the nation together in their decision making process. BN and PH found it politically expedient to divide the nation at the expense of social cohesion to achieve the own vested political ends. This pattern of divisiveness is a recurring factor that has distinguish each and every prime minister after Tunku. It is the preferred MO of politicians in and out of government that they exploit to win elections. What we now have is a damaged nation, a divided nation as reflected in the truths of religious and racial divide that we now have in Malaysia today.

The proliferation and exponential growth of social media means that Malaysians no longer remain ignorant of this truth. Politicians can no longer hope that Malaysians hear no evil, see no evil and think therefore that there is no evil…..and yet sadly, they still do! We all know the truth about the recent abdication of the Agong. We all know he married a Russian beauty before this Pakatan Harapan told us. We know that a South American guy by the name of Marco walks in and out of the palace as the supplier of the coke that this Agong partakes in. When will this Pakatan Harapan government tells us of this? 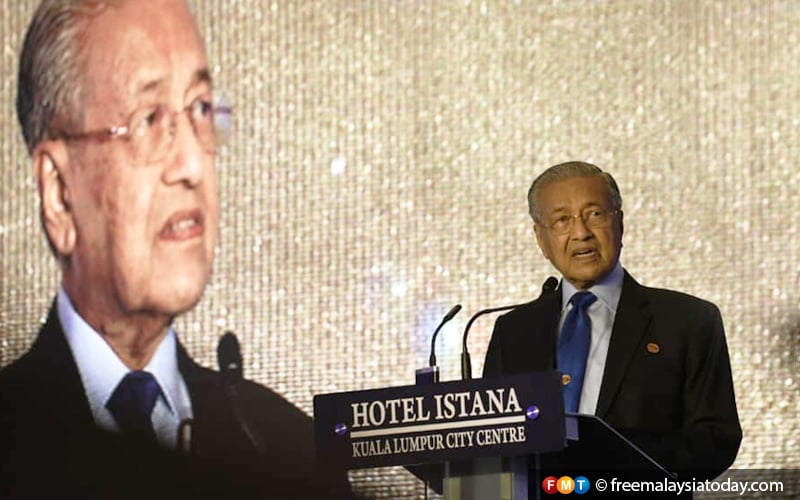 This PH government cannot have its cake and eat it. Tun Mahathir or no Tun Mahathir, we have yet to see PH show any intent to break the mould of toxic leadership that has defined the sad state of politics in Malaysia ever since UMNO reign supreme.

What is about to give is my patience, my once stoic acceptance that our political leaders knows what is best for us and certainly my unquestioning loyalty to race and religion. I now understand that things are not just black and white….that there are shades of grey. And for me, that is how I write. I cannot be honest with myself if I do not offer some honest reflections on the things that I care about.

And so I give notice to those who read what I write…come with me on this journey that we must all embark.

Thinking of what is to come and what we, collectively and individually have to do on this journey is daunting but if we do not do our duty for Malaysia, who else will? If the longevity of any blogger is a measure of their success then having blogged for over a decade, I am a success…but  if I look around me today at the state of our nation, then any success I may claim falls away significantly. I have blogged for social cohesion amongst all Malaysians. I have blogged for good, open and responsible government. I have blogged for racial and religious tolerance….and none of these things that I have blogged can, in all seriousness, been said to have been achieved nor possible in the Malaysia that we now know. So as a blogger I have failed. You must now ask yourself, if, as a Malaysian, you too have failed to achieve those things that matters to you. If your aspiration as the same as mine, then we both have failed.

What do we now do next?