Syed Hussein Alatas, a world renown sociologist and a Malaysian revolutionary thinker was also a kind, fair and no-nonsense father. – Filepic
TODAY marks the twelfth year after the passing of my father, Allahyarham Syed Hussein Alatas.

A world renown sociologist and a Malaysian revolutionary thinker, he was also a kind, fair and no-nonsense father.

He instilled in us children the values of hard work, persistence, honesty, integrity and service for a  ‘glocal’ society.

The latter is not an oxymoron. Rather, it is exactly what my father strove for—to identify the universal crises facing global society.

My father knew of the disease that was destroying Malaysian society. He informed leadership and the rest of society through his painstaking writings, by his reference to historical case-studies. 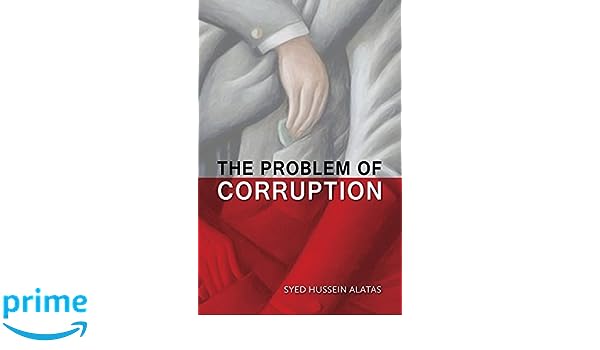 He predicted the disease of corruption that would destroy the cohesion any multi-racial society needs to thrive.

For Alatas, it was corruption ‘of the powerful’ or elite corruption. No matter what race, religion, historical experience or type of civilisation, corruption has been the cause for the decline and fall of societies throughout human history.

Some may say there is nothing revolutionary about the values that I attributed to my father. In the case of Alatas though, he was consistent in his criticisms for more than half a century. He ‘walked the talk’.

To my mind, this is an extremely rare quality. A majority of people worldwide rarely practice what they preach.

My father’s life though was all about setting an example by making sacrifices. For him, it was most important that he first set the right example for his family.

It would then naturally follow that he would be perceived as a genuine advocate of a morally dignified lifestyle.

This was a lifestyle of honesty and depth. Not one merely described by religious rituals decorated with a superficial display of piety.

I am proud to see today, that he has earned tremendous respect, merely by being true to his word and living an impeccable and simple life.

I constantly overhear conversations and read news about my father, that he should have been conferred a ‘Tan Sri-ship’, or ‘Tun-ship’, or even appointed a Minister.

Syed Hussein Alatas was never about this. For him, the value of one’s life is not determined by the number of awards received, titles conferred or positions attained.

Neither should one’s service for the nation be determined by whether one has a political position, be it an MP, Senator or Minister.

For Alatas, his toolbox was bare. All he was equipped with was his valuable mind. This unique quality is attributed to only a few prominent drivers of social change.

His penchant for speaking and writing about society’s problems increased with time. His conviction to educate all levels of society gained momentum, despite his failing health.

If there is one person who did not fear his mortality, it was Syed Hussein Alatas—because in life and in death, he remained satisfied that he was able to contribute, selflessly, for the greater good.

He also knew early on that he would not live to see the fruits of his efforts. And he was the embodiment of what is truly a morally upright gentleman.

Syed Hussein Alatas was an impeccably-patient man. He was not deluded into thinking that his works would be recognised while he was alive.

In one of his masterpieces, Intellectuals in Developing Societies, he outlined what a true intellectual is.

He wrote: “In countries like Malaysia, India, the Philippines, Indonesia, Ceylon….and Lebanon, the sense of superfluousness may yet be overcome by forging one’s own public hearing where recourse to publication is still open.

“Being ignored by the bureaucracy and left out of public affairs may still be compensated for in this way. But only the very few would have the energy and patience to adopt this line of action—to swim against the tide”.

I quote another short paragraph penned as an autograph in his book “Modernization and Social Change”.

He presented this autograph to me on the eve of my leaving for the U.S. for my university education.

It reads: “To my daughter Munirah. Everything in life is subject to change. You, Munirah, will also go through it. When this happens, see that the central purpose of life remains intact. Do not allow the wave of change to drown your being.

“Float and swim against it. When you reach the shore then you will appreciate the value of the effort. Your loving father, Abah. (Singapore, 30 July, 1982).”

Till today, as a soon-to-retire adult, I am still moved to tears, by these words.

Even that episode in his life wreaked of corrupt politicking. The laughable irony is that despite being falsely accused of corruption, Alatas goes down in Malaysian history (as well as regional and global history) as the intellectual authority on corruption, cronyism and nepotism in elite politics.

Malaysians can be  proud to lay claim to a fellow citizen who has put Malaysia on the world map.

He did it tirelessly, with neither pomp nor pageantry. He predicted in the 1950s, that corruption would be the single factor that would culminate in Malaysia’s decline and fall as a progressive society.

It is no secret now that rampant corruption ended Barisan Nasional’s 61 year leadership.

It contributed to the racial and religious divide our society faces now. Many emerging economies and developing nations have become notorious for making headlines that expose their  kleptocratic leadership. Malaysia has now joined that embarrassing “hall of shame”.

As I encourage myself, I urge others to also continue in the struggle. It is my hope that our leadership does the same, by reading what he has written, by recognising the relevance of his analyses, by emulating his disgust for corruption and excessive waste, and by accepting the truth behind his rejection of the feudal mindset.

* Dr. Sharifah Munirah Alatas is an academic at the National University of Malaysia (UKM), specialising in geopolitics. She is also an active member of the moderate Muslim group G25.

** The views expressed here are strictly of the author’s and do not necessarily reflect Astro AWANI’s.

Get News Delivered To Your Inbox
Berita Berkaitan
Video Berkaitan