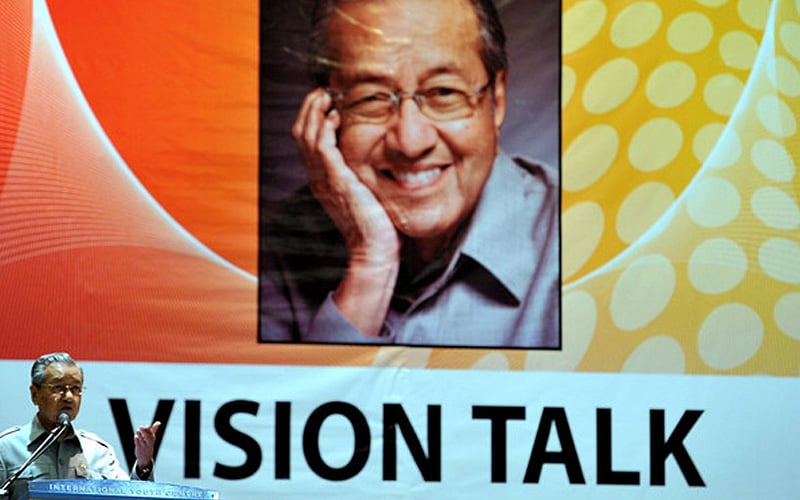 On June 12 last year, while delivering his keynote address at the 24th Nikkei Conference on the Future of Asia, Dr. Mahathir Mohamad said Malaysia could achieve developed nation status provided that the right policies were in place, and that Malaysians worked very hard.

When he stepped down as Prime Minister back in 2003, he believed that Malaysia could attain developed nation status by 2020. But the policies put in place were changed by the succeeding Prime Ministers. Even if we work extremely hard, we cannot achieve this by 2020. Maybe by 2025.

In 1970, when the New Economic Policy (NEP) was introduced, our GRP per capita was the same as Singapore, Taiwan and South Korea. After 49 years, the GDP per capita of these countries respectively is four, three and 2.5 times bigger than ours. These countries do not even have timber to build houses. They import almost everything.

At one time, we were the world’s biggest producer of tin, rubber and palm oil. We also had petroleum. Yet we could not become a developed nation. Why?

The biggest albatross was the implementation of the NEP. The policy of helping the Malays become competitive was very good, but it was poorly implemented.

Of late, many government officers including former Prime Minister Najib Razak have been charged with corruption over huge sums of money. Najib, as 1MDB chairman, had RM2.6 billion supposedly channeled into his personal account. He said it was a generous donation from the Saudi Royal Family.

Corruption is ruining Malaysia, which is now branded as one of the most corrupt countries in the world, worse than many countries in Africa.

Managing the country is like managing thousands of companies and conglomerates. Mahathir must appoint the best people as Ministers and Deputy Ministers, irrespective of race. If these leaders are really good, they would know how to make rules and regulations to help the people do better than before.

The government must always appoint the best people in its civil service. It must also practise meritocracy in promotions at all levels of management so that the whole machinery can operate efficiently.

This reminds me of an experience I had when I was on the Board of Directors of IJM Corporation Bhd. All the Directors were engineers, and our Chief Financial Officer was WHO practiseD meritocracy ( pic above Krishnan Tan). When we wanted to borrow huge sums of money from the bank for some projects and expansion, Krishnan suggested that a more effective and less costly way would be to issue irredeemable convertible unsecured loan stocks or ICULS.

As engineers, we did not know anything about ICULS. We all agreed that Krishnan was the best man to manage the company. So we appointed him as CEO in 1984. His management was so efficient that the company continued to make more and more profit every year. As a result, the company’s share price continued to climb. The current market capitalisation of IJM Corp is about RM12 billion.

The private sector knows how to practise meritocracy to make a profit. If the government also practises meritocracy, Malaysia will become a developed nation.

The key to success is to practise meritocracy.

Koon Yew Yin is a retired chartered civil engineer and one of the founders of IJM Corporation Bhd and Gamuda Bhd.

The views expressed here are those of the author and do not necessarily reflect those of FMT.

14 thoughts on “How can Malaysia become a developed nation? –Practise meritocracy”