Malaysia: Let us do the political frog our way from UMNO to Bersatu 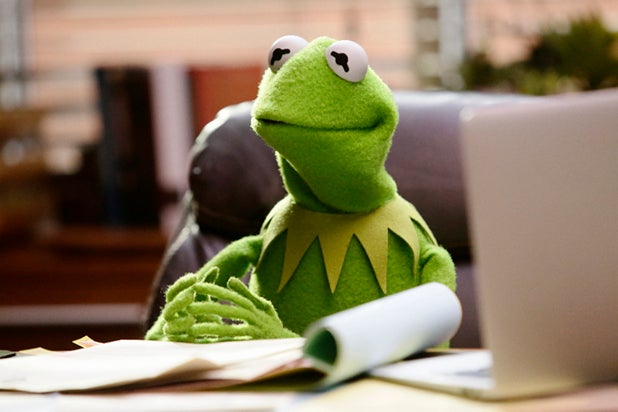 Kermit is not stupid fro. He has  fans around the world . Unlike political froggies from UMNO, he is worth more than a dime a dozen.

“Political frogs are now on the prowl and are available at a dime a dozen. And, in most occasions, at no cost. In accepting them into their new homes, some owners accept them to show their strength in numbers and in other cases, to tap their talent and expertise, if they have any. “– R. Nadeswaran

SATIRE | Political frogs are now on the prowl and are available at a dime a dozen. And, in most occasions, at no cost. In accepting them into their new homes, some owners accept them to show their strength in numbers and in other cases, to tap their talent and expertise, if they have any.

Some have expertise in certain areas, including finance, technology and the lot. But there are many who excel in wheeling and dealing and have called themselves fixers. Not long ago, three Datuks called themselves “The Fixers”.

In such instances, the transfer of such mentality, proficiency and capability is always recognised as wannabe-members openly declare that they would inculcate such traits à la “transfer of technology.” They sometimes raise few eyebrows, but for political expediency, nothing counts and the philosophy of “everyone is welcome” prevails.

Early signs emerged when the party held its annual congress last week. Among the speeches of the transferees or beneficiaries of this technology, one came from someone who has worked the system to fine-tune the supposed below-the-line activities to make sure the previous party stayed in power. The electorate was balanced; the rolls were adjusted so that the then Opposition was kept out. He was answerable to no one. The members of his team were referred to as members of the “dumb and deaf” committee.

He spoke at length: “An eventful year has come to an end. We are the victors. We won. We worked hard – mentally and physically for our success. It was not easy fighting someone with one-handed tied to the back. Yet, we came out with flying colours.

“Pinch yourself – we are in power and we will continue to remain for many more years to come. We are entitled to some reward – presently and in the hereafter for our work.

“We all – the elected representatives, divisional chiefs, branch captains and even the ordinary member who put up banners and pasted posters must be rewarded for our hard work.

“It is time for us to share the spoils of the war. Representation has been made; calculations have been completed; vacancies have been identified; those who have to make way have been subtly told that they have overstayed their stay.

“Forget what we promised in the manifesto – a clean government. But that was sheer electioneering – propaganda.”

‘This is utter nonsense’

The young man who had a huge Plaster of Paris around his wrist, to cover a scratch from his girlfriend, retorted: “This is utter nonsense. Didn’t we promise that the best people would be employed for top jobs? Didn’t we promise to dismantle the abang-adik system in government departments and government agencies?”

Amid shouts of duduk (sit) and tutup mulut (shut up), he was told: “Well, that ‘cronyism must end’ battle cry was to appease the urbanites and the liberals – the English speaking mob which believed in ‘true democracy.’ Now it is our turn. Our branch leaders have to be rewarded too.”

When everyone sat down and the situation calmed down, the session Speaker announced. “I have heard enough. I want to make an important announcement.

“Phase One of ‘Ops Kita Sapu Semua’ starts tomorrow. Please change your membership cards with the latest chip technology which has been provided free by the same company that does the cards for government agencies.

“As of midnight tonight, you don’t have to pay toll anymore. Your membership card is actually equivalent of the Touch ‘n Go card, but yours is better. You don’t have to top-up. There is no value cap on it and it can only be changed if and when we are kicked out of power in the next hustings.

“As you are aware, the blue plane people have refused to collect the passenger service fee for our airports’ company. We have been told that tables will be placed at the entrance at every departure gate, where passengers will have to make cash payments before they are allowed into the departure lounges. In the case of our members, show your chip-embedded card and you will be exempted. Use the special red lane allocated for us.”

Delegate after delegate spoke, sometimes out of turn, to applaud the new initiative. “We waited for this for 61 years while they plucked all the fruits. This is our chance,” said one.

“I’m not finished yet,” the Speaker said: “Phase Two starts next week. Every job or position which comes with salaries and perks (like members of the boards of electoral reform committee, the aviation regulatory organisation, the social security agency, etc) belongs to us. We will appoint divisional chairmen and branch leaders to such posts.

“We will replace all members of the boards of government-linked companies (GLCs) as a first step. Members are humbly asked to nominate ordinary people instead of titled people. The previous regime put people there who stole and got caught. We will put people who won’t get caught because they won’t steal so much with having just passed SPM.

“To steal, we don’t need brains of those with degrees achieved or otherwise bought, as in the case of the guy we put in charge of pilgrims. As long as you are able to say setuju (agree) and angkat tangan (lift your hands), there’s no other skill required.”

In Phase Three to be launched next month, the Speaker said, “we will be looking at government contracts…” and he was rudely interrupted.

A few delegates spoke out: “This is not what we stand for. NGOs will start screaming blue murder and claim that our ruling elites are channelling government resources for themselves.”

Corruption and political patronage, they argued, emanated such a revolting stench that prompted the previous fellows being ejected. “Will they do the same to the present group?”

Another said: “These are our entitlements. No one can take those away from us. Yes, the NGOs will make noise for a while, but throw them a few crumbs in the form of non-important positions in the consumer side, and they will shut up.”

But the most important issue that set the delegates scratching their heads was: “What are we going to tell Uncle Lim? He put his head on the chopping block to work with us to throw out the kleptocratic government. How will the good doctor face him?”

The hall fell silent. Suddenly it dawned on them that they were in control collectively with three others. Doing it their way would sound wrong.

But then, someone provided a perfect riposte. “Our doctor not only treats the sick but has enough antidotes in his medical bag to treat even political sickness. If not, would he have made a comeback after being in the wilderness for two decades?”

There was a pin-drip silence for a moment and then the hall exploded. When everything settled down, the Speaker said: “Our doctor has a cure for everything.” This time, there was a standing ovation. Need more be said?

R NADESWARAN will pen yet another piece next month when Phase Three is implemented. Comments: citizen.nades22@gmail.com

6 thoughts on “Malaysia: Let us do the political frog our way from UMNO to Bersatu”