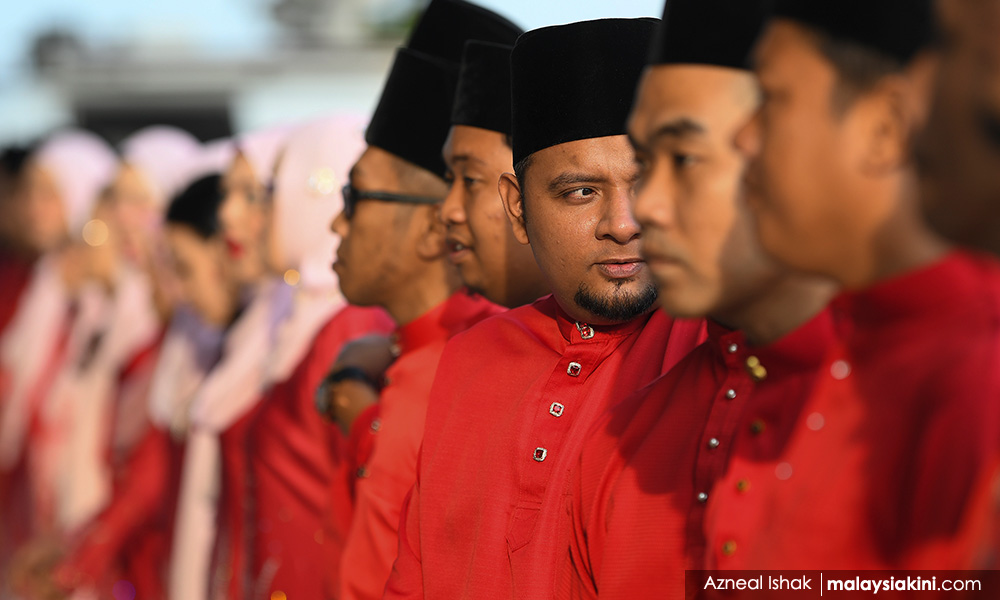 COMMENT | A train will eventually carry less and less cargo when the single track on which it operates begins to sag. But this is not a problem with a double-track system.

UMNO and PAS have erred by using such a single-track system( Money Politics). The mechanisms which they have used or intend to use to take Malays, Muslims and Malaysians forward will falter – either before they can reinvent themselves as parties that put the people’s welfare first, or before they perish from hauling too much for too long while struggling for their survival.

Similarly, if Bersatu sticks to the mentality of old, it too will fail. By privileging cash, connections, contracts and concessions, UMNO has become nothing but a cabal – a party defined and driven by the politics of what political scientists call kaumiyah or tribes.

These tribes may align themselves to current, former or prospective presidents of UMNO, but they will all sink as Umno is now officially a party associated with thieving and thuggery.

Even when the International Convention on the Elimination of All Forms of Racial Discrimination (Icerd) was not ratified, UMNO still insisted on a street rally. By urging its remaining war horses to take to the streets of Kuala Lumpur, the party has become a throbbing and bleeding sore.

And as the above was done, another elite group of UMNO putera and puteri, also working for their own benefit, are hard at work trying to upstage their elders in the party – making UMNOo Youth into a spear against the shield of the old aristocracy.

With such internal warfare, UMNOo can no longer vouch for bangsa, agama dan negara (race, religion and country). It is now hollowed out, with its only legacy the attempted misuse of every GLC and GLIC under its watch, from Permodalan Nasional Bhd to Lembaga Tabung Haji to Ministry of Finance Inc.

PAS, having formed a quasi-pact with UMNO that seeks to salvage what remains of the former’s vote bank, has either directly and indirectly tried to sanitise the soiled legacy of the former ruling party.

Instead of speaking out against the excesses of 1MDB, and the many ‘mini 1MDBs’, PAS has chosen to remain solemnly quiet on all fronts. Such connivance is done in order to benefit PAS, both as the future kingmakers and spoilers of parliamentary democracy of Malaysia.

Bersatu cannot claim to be a white knight. As a new party, it is bound to have many chinks in its armour. Nor can it claim to be invincible and undefeatable. If May 9 demonstrated anything, it is the power of the people to get rid of the old and tiresome kleptocrats.

But as a Malay party – whose associate members can be non-Malays – Bersatu understands the importance of creating a ‘New Malay’ mindset to steer Malays, Muslims and Malaysia forward. This is where Bersatu has a double-track system in every single endeavour.

In the public sector, Bersatu is not obsessed with dominating every branch and twig of the government. No Malay cronies have sprung up in Bersatu. Indeed, Bersatu believes a strong and stable government that is also smart. As and when needed, a government led by Bersatu, with the blessing of Pakatan Harapan, will be pro-private sector.

In the private sector, Bersatu does not want to dominate the entire business landscape. Bersatu wants Malay entrepreneurs of all stripes to flourish together with people of other races in Malaysia.

The fact that Bersatu can work with the Finance Minister from DAP is a case in point. Whatever pro-Malay agenda Bersatu may have, it has the option to stick by its allies that are also pro-Malaysia.

Insofar as Islam is concerned, Bersatu has also worked closely with Amanah, a party that believes in rahmatan lil alamin (Islam as a blessing for all). Neither Bersatu nor Amanah believes in any ideas that are racially chauvinistic: both parties believe in working closely with people of all faiths, not just ‘other’ faiths.

Thus, when the unrest in Seafield erupted, Home Minister and Bersatu president Muhyiddin Yassin was quick to condemn the incident, indeed to contain it as a non-racial issue stemming from a land dispute that was politicised by Umno and PAS as an affront to Malayness.

The only thing Malay in the riots was the heroism of the late Muhammad Adib Mohd Kassim and his colleagues to rush in to douse the fire of the burning cars where none dared to tread.

If Bersatu in the post-May 9 landscape has any specific inspiration, it is the courage and bravery of Muhammad Adib. Unsurprisingly, Dr Siti Hasmah Mohamad Ali even dedicated a violin recital to him. Why? Precisely because of his selflessness to live up to the creed of New Malaysia.

Prime Minister and Bersatu chairperson Dr Mahathir Mohamad hasn’t said much, for he too believes that mere words would have tarnished Adib’s deeds, and how he led by example just weeks prior to the second annual general assembly of Bersatu.

‘Berani kerana benar’ (in truth we find courage) the old Malay proverb goes. And ‘Bersatu kerana benar‘, as the New Malaysia and all Malays must be.

RAIS HUSSIN is a supreme council member of Bersatu. He also heads its policy and strategy bureau.

6 thoughts on “UMNO, PAS can’t stand in the way of progressive Malay politics”