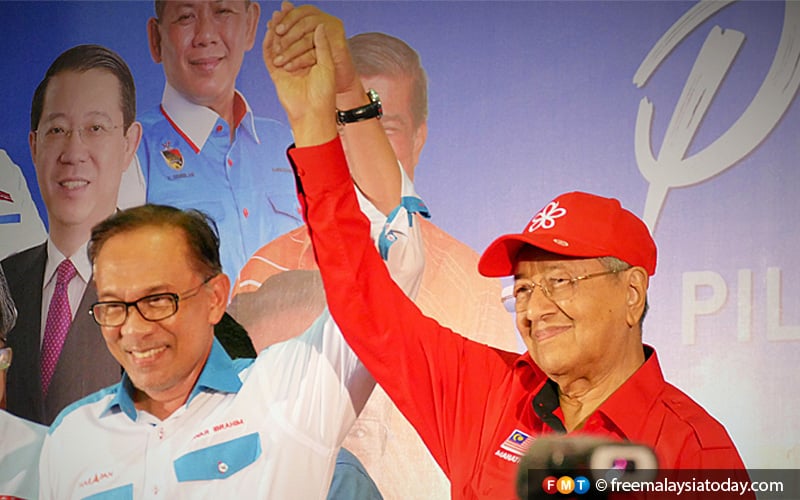 Bersatu Youth chief Syed Saddiq Syed Abdul Rahman said such proposals were not new and this was what the grassroots wanted.

However, he said Mahathir’s opinions on the matter should also be taken into consideration.

“Bersatu Youth will fully support Mahathir and his wishes. We will listen to him and support him,” he said when met at the sidelines of the Bersatu annual general assembly in Putrajaya today.

Mahathir has repeatedly stated that he will honour the agreement to hand over reins of the country and the Harapan coalition to PKR president Anwar Ibrahim mid-term.

Negeri Sembilan Bersatu leader Rais Yatim, meanwhile, said that while there is merit in the proposal for Mahathir to serve as prime minister until the 15th general election, the party has to consider the feelings of its Harapan partners.

“Accepting Mahathir (as prime minister) has basis… But what was said (by the delegates) may not go down well with other component parties.

“How Anwar, his wife and their supporters feel about this should be assessed as well,” he said.

A similar sentiment was expressed by Bersatu deputy president Mukhriz Mahathir, who said that the decision would be up to the Harapan presidential council, despite personally supporting the proposal.

“Personally, I think it is a good proposal because we have inherited a government that is in bad condition.

“Trying to revive it is not easy,” he said.

When asked if any of the Bersatu delegates tabled motions during the debates to prevent Anwar from being Prime Minister, Mukhriz replied in the negative.