Call me racist but Malays are in decline and it’s our fault – Dr. M 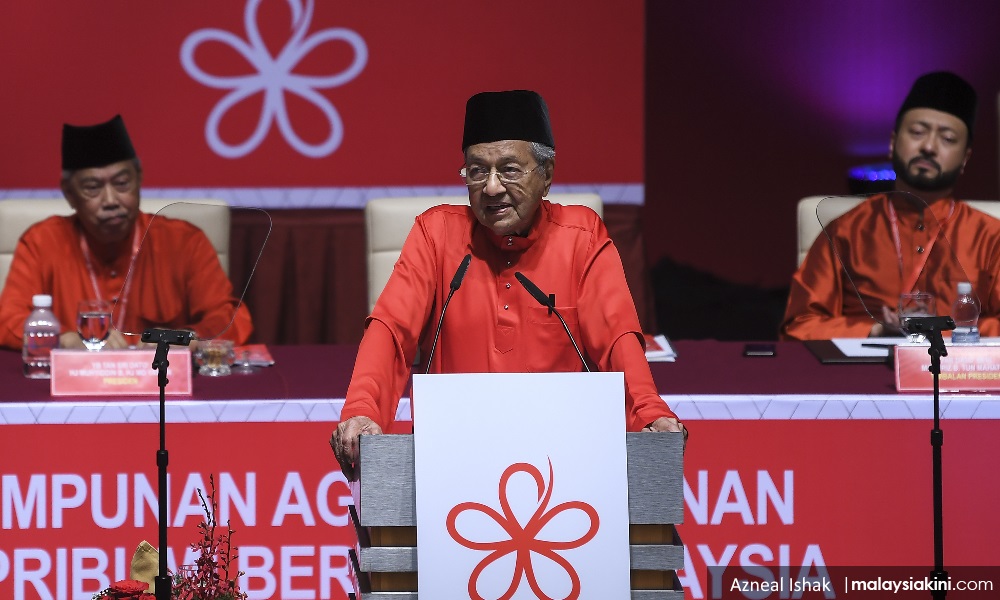 Malays were lagging behind economically but that this was their own fault . “Don’t find fault in others. “–Dr. Mahathir Mohamad

ERSATU AGM | Bersatu chairperson Dr Mahathir Mohamad’s policy speech at the party’s general assembly tonight was full of introspection on the fate of the Malays and their need to be uplifted.

Mahathir said Malays were lagging behind economically but that this was their own fault.

“Yes, I will be accused as a racist for exposing the fate of the Malays and bumiputera. But for 70 years I have seen the decline happening to my people.

This Jamal Fella is a parasite

Malaysian Taxpayer-funded New Economic Policy( NEP ) was introduced in 1970. Now it is 2019. When will it end? We are running  out of excuses. And soon we will be out of oil revenues too.

“It is okay if they tarnish my name as long as my race realises the ill fate which will befall them in the future. Realise that this is our own fault. Don’t find fault in others,” Mahathir said in his closing remarks.

He said the Malays must reject their old culture and create a new culture to save themselves. This includes not relying on a tongkat (walking aid), his decades-old term for affirmative action.

Bersatu’s positioning as a Malay party has often been criticised by Pakatan Harapan supporters who want the party to be a multiracial one, similar to their allies.

However, the prime minister said in his speech that it was neither racist nor wrong to fight for the Malays who are separated from the other races by a wealth gap.

He said this was because economic disparity with a racial context was a dangerous combination which must be avoided.

“Race can’t be changed but the gap between the poor and the rich can be narrowed if not eliminated.

“It would be irresponsible of us if we do not try to avert racial riots (due to economic inequality) by at least narrowing the gap between the rich and the poor,” he said.

Earlier in his speech, however, Mahathir said the tongkat can’t be used for the long term. “For the week, a tongkat can help. But aid such as this can’t be maintained. When strength has returned the tongkat must be dropped.

“The idea that the tongkat is a sign of honour is wrong. Maintaining it for self-honour is unfounded,” he said.

Instead, the 93-year-old said those who had honour were those who stood tall on their own.

Bersatu, he said, would act as guardians of the Malays but only temporarily as the Malays must learn to be their own guardians.

This he added, could be achieved if they were no longer poor and successful economically, not politically.

“We join politics to save and free ourselves and achieve success as a race that is capable of competing with anyone with each and every one of us is capable of standing without a tongkat,” he said.