KUALA LUMPUR: A member of a United Nations (UN) committee tasked with monitoring the implementation of ICERD said Malaysia is now seen globally as accepting racial discrimination by not ratifying the international treaty.

This follows Putrajaya’s decision not to ratify the International Convention on the Elimination of All Forms of Racial Discrimination (ICERD) this month, which led to a mammoth rally to give “thanks”.

“When the United Nations Human Rights Council asked me to come to Kuala Lumpur to talk about ICERD, I had no idea I would be falling in the middle of a serious controversy. I thought it would be a standard meeting,” Gün Kut, a Turkish national who is part of the 18-member Committee on the Elimination of Racial Discrimination (CERD) based in Geneva, Switzerland, told a forum here.

He questioned how ICERD could become extremely politicised in Malaysia when it is an international convention for the protection of individuals against racial discrimination. 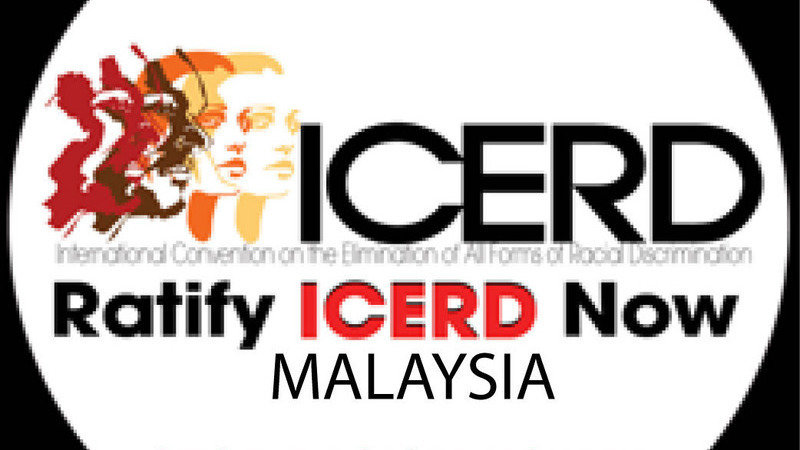 “When you look close enough you may find cases often unheard of… yet it’s there,” Gün, speaking in his personal capacity, told a forum last week on strengthening national unity through the Federal Constitution and ratifying ICERD, organised by the Malaysian CSO-SDG Alliance at the Royal Lake Club here.

Gün said Malaysia now found itself facing more pressure than ever because it seemed as if it did not accept non-discrimination.

“Which is not the case,” he said. “All I see is a misunderstanding”.

He said he still found it difficult to understand why Malaysia refused to sign the treaty.

Gün lumped together Nauru, an island country in Micronesia northeast of Australia, North Korea and Malaysia as three countries which had not ratified ICERD without a good reason.

ICERD obliges parties to eliminate racial discrimination in all forms, including in public institutions as well as in government policies, the issue at the heart of the opposition from a number of Malay groups.

They say ratifying ICERD would undermine the special position of the Malays and the natives of Malaysia, including provisions to allow quotas in public institutions.

They also oppose the ICERD’s timeline on member countries to end affirmative action programmes and benefits, which they say would sound the death knell for Malaysia’s decades-old pro-Bumiputera policy.

But Gün said the treaty would never “insist” on a time frame for affirmation action policies to be stopped as that discretion lay with the respective member states.

“It is up to the government to decide how they wish to act on our recommendations. This is not a peace treaty. It is a convention which creates a mechanism for states to voluntarily follow international standards.

“It is for the government to commit itself (to ICERD) vis-a-vis its own people.”

He said governments voluntarily signed ICERD “according to the letter and spirit of the convention” while dealing with “issues in their territories” on racial discrimination, saying this could be customised.

“But if it is seen as something that gives a defined group preferential treatment forever, that’s a different matter,” Gün said.

“If positive measures go beyond redress for victims of one particular group… then… that would be discrimination.”

However, Gün said ICERD could intervene in issues that intersected with race, such as religious conflicts among ethnic groups “provided that there is discrimination on the basis of race that so happens to involve religion”.

Asked why CERD did not seek an audience in Parliament to explain to MPs about ICERD, Gün said this would make it seem like the UN was pushy.

“It would be difficult to promote ICERD to a non-signatory state and put pressure on member states. It would backfire, and seem as though the UN is imposing something (forcefully),” he said.

The debate over the ICERD followed a speech by Dr. Mahathir Mohamad at the United Nations General Assembly in September, 2018 where he said his government would ratify the remaining human rights conventions endorsed by the world body.

But the Prime Minister admitted that this would be difficult to do, and his office later announced that ICERD would not be ratified.

Malaysia has only signed three UN treaties since 1995.