There’s something about Nurul Izzah Anwar and Latheefa Koya 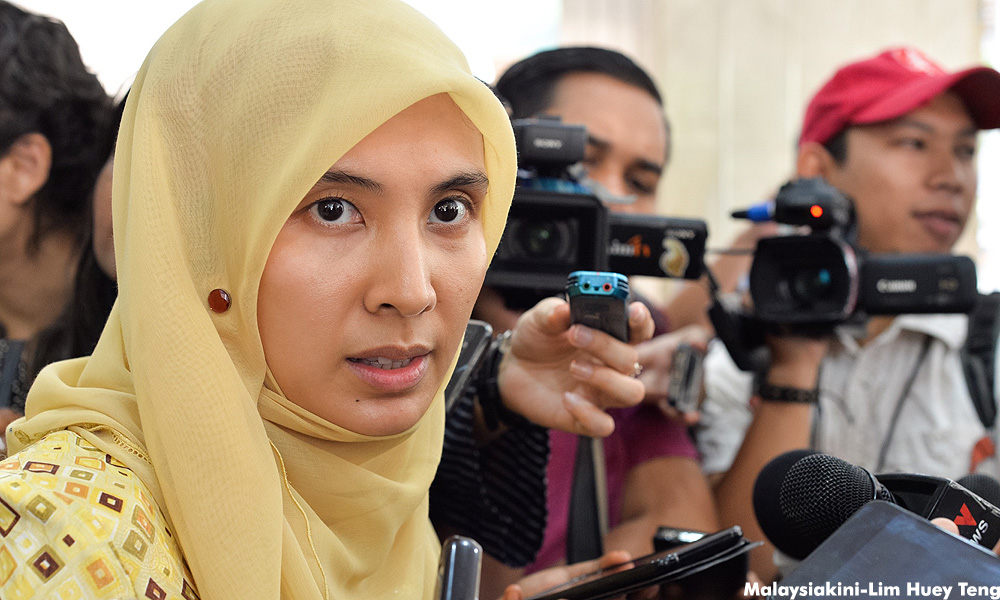 “…  a flawed electoral process begets a compromised leadership, which begets a suspect decision-making process. It really does not matter if Latheefa belongs to a faction or doesn’t make her allegiances – if any – public knowledge. What is important is whether what she is claiming is factual. And by the looks of it, it is.”–S. Thayaparan

“People are expecting a lot from us, so I always take my position that if you can’t be that voice of conscience, then what good are you? I try my best to remind myself and everyone else of the key concerns.”

“PKR needs to realise that it is now part of the federal government, charged with no less a task than instituting reforms and properly governing the nation. Hence, it must uphold the highest and best democratic practices.”

COMMENT | The resignation of Nurul Izzah Anwar from her posts in PKR and the government is an interesting development in this New Malaysia. While Nurul Izzah has made clear the reasons for this course of action, the rumour mills are in overdrive blaming the schisms within PKR for her decision.

Numerous people from both camps have been calling and texting me, hoping I would contribute to the narrative; I just tune all that nonsense out. As far as I am concerned, Nurul Izzah did the strategic thing in resigning.

The current political climate is toxic. Not only are we witness to the reshaping of political parties for hegemonic agendas, we are also witness to a level of hypocrisy and sycophancy not seen before in Malaysian politics. Stepping out of the fray hopefully brings clarity.

Nurul Izzah is no ordinary politician. I do not mean this in some sort of messianic way that her supporters are wont to believe.

She is the daughter of a former establishment figure turned dissident turned political prisoner. Her parents – although some now claim otherwise – are the architects of the removal of UMNO from power.

This is not to say that Nurul Izzah did not do the hard work that got her to where she is today. Familial dynasties in politics is a brutal game unless you are Muhkriz from clan Mahathir, where your old man is thought to be the messiah who would save Malaysia.

Nurul Izzah occupies that heady terrain of young Malay leadership that will one day – very soon – determine the direction of this country. While people are free to speculate on the “real” reasons she has chosen this course of action, it is all smoke and mirrors anyway.

Stepping out of the fray

There is a deeper game played and strategically, Nurul Izzah made the right move by stepping out of the fray. By severing the strings from the levers of power within her party, hopefully she will now be free to criticise her party and the government when needed.

And, of course, we will all be waiting to see how Malay power structures and personalities settle after the dust clears in the ongoing unerklärter Krieg (undeclared war) between Bersatu, PKR and Umno.

Remember, the factionalism within PKR is not solely confined to personalities within the party. The reality is that there are many interested cabals who have agendas of their own in seeing that the party remains chaotic.

It benefits other political parties when PKR President Anwar Ibrahim is always on the defensive. Not to mention Anwar having his own coterie of allies outside the party.

Does Anwar carry self-inflicted wounds? Yes. However, we should not underestimate the machinations of others in the turmoil within PKR.

With her resignation, Nurul Izzah can hopefully step away from all of this and concentrate for the time being on speaking up for the idealists in this country – because the pragmatists are bending over backwards for neo-BN policies and, of course, for the disenfranchised in this country.

And who knows what permutations will come from young Malay political operatives? Anything is better than the diseased dreams of old powerbrokers clinging to power and hoodwinking people into believing theirs is the only way.

Meanwhile, Latheefa Koya has again become the focus of the ire of partisans who claimed that her statement about the appointments of PKR state chiefs is disturbing – in particular, Anwar’s heavy-handedness and the strong whiff of nepotism in Nurul Izzah’s appointment as Penang chief.

On Anwar’s legitimate claim to throne, I wrote this previously –“Anwar’s daughter, Nurul Izzah, says she takes charges of nepotism positively, but really, why should she? The opposition is riddled with nepotism most often at the highest level in the form of powerbrokers and political dynasties placing their pawns for future political power.”

On Monday, Latheefa said: “After a scandal-ridden and disgraceful party election process, these appointments (of state chiefs) only further erode public regard for,  and confidence, in PKR.”

This is echoed in statements made by Nurul Izzah in November – who acknowledged the strained relationships in PKR when the press caught her looking “distraught” after the party polls. “Of course anyone would be distraught. People should be focusing on strengthening our party, I don’t like to see us having gone through such a difficult and arduous (voting) process, which is flawed.”

Of course, a flawed electoral process begets a compromised leadership, which begets a suspect decision-making process. It really does not matter if Latheefa belongs to a faction or doesn’t make her allegiances – if any – public knowledge. What is important is whether what she is claiming is factual. And by the looks of it, it is.

Already, anonymous cretins are making personal attacks, referring to her complexion and attempting to make this about an evil dark-skinned crone and a fair princess. This is the level that some anonymous Harapan cretins stoop to in the alternative press and on social media. These are the proponents of New Malaysia.

Only the most toxic partisan would use this opportunity to champion personalities, when the reality is that political operatives and their parties should always be scrutinised – because any quest to consolidate power necessarily includes manipulating democratic processes at the expense of the rakyat.

Someone asked me what I think of Nurul Izzah and Latheefa. I told her, I do not know them. I distrust most politicians, and these days, the stakes are much higher because UMNO  is imploding, and Malay power structures, for the first time ever, have to fight for their very existence. Anything can happen.

What I do think is that even with all this unfolding drama, Nurul Izzah and Latheefa are part of a solution, not part of the problem.

S. THAYAPARAN is Commander (Rtd) of the Royal Malaysian Navy.