George Herbert Walker Bush, who was president from 1989 to 1993, died on Nov. 30; his state funeral in Washington National Cathedral is today. As memorial services continue throughout the week, many are publicly reckoning with his one-term presidency. Some have praised his statesmanship and decency, while others have criticized his insufficient action during the AIDS epidemic and his role in paving the way for the extreme partisanship of today through campaign methods including an infamously racist ad featuring Willie Horton and aided by his chief strategist, Lee Atwater. Here are three books that discuss his life and legacy. 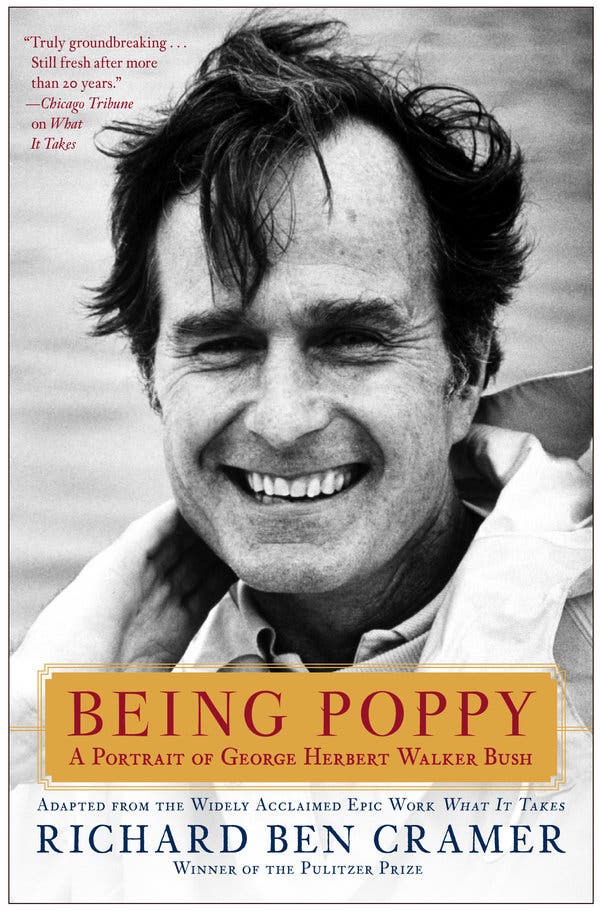 Cramer’s original opus was a more than 1,000-page-long accounting of the 1988 presidential election, “What It Takes: The Way to the White House,” in which he delved into the idiosyncrasies and flaws of George H.W. Bush, Joseph Biden, Gary Hart and three other candidates running for the presidency in 1988. In that book, Cramer “set out to write neither campaign history nor political biography,” wrote our reviewer. His main goal was to “examine what leads a person to enter the cement mixer of presidential politics and what happens to him once he does.” “Being Poppy” is drawn from those pages, isolating the story of George H.W. Bush’s candidacy into a slimmer offering.

THE FAMILY
The Real Story of the Bush Dynasty
By Kitty Kelley
705 pp. Doubleday. (2004)

In this cross-generational family saga, “Kelley reminds readers just how long the Bushes have been with us, sweeping like cattle raiders toward the sources of power.” She opens with Prescott Bush (1895-1972), the elder Bush’s father, and then spends considerable time on H.W. and his namesake son. Kelley depicts George H.W. Bush as “hungrier for power than we remember and willing to do just about anything to achieve it,” said our reviewer, adding that “it is startling to read Kelley’s account of Bush (whose father was relatively progressive on racial issues) campaigning hard against the civil rights movement and calling Martin Luther King ‘a militant.’”

Meacham gained unprecedented access to the Bush family patriarch for this biography, in which he covers 41’s personal life — including the tragic death of his daughter from leukemia as a toddler — as well as his political career. Both of our reviews, though largely positive, wrote that Meacham’s biography was sometimes too forgiving of its subject’s flaws and controversial decisions, such as his nomination of Justice Clarence Thomas. Still, the book broke new ground, particularly in reporting Bush’s criticisms of Dick Cheney, whom he credited for his son’s administration’s harsh rhetoric against foreign nations. “But the pleasures of this panoramic book (it clocks in at 800-plus pages) have little to do with the news it breaks,” wrote our reviewer. “They’re about psychological portraiture, enabled by the artful use of Mr. Bush’s diaries — they’re surprisingly rich — and the author’s many probing interviews with Mr. Bush over the years.”

A version of this article appears in print on Dec. 7, 2018, on Page A3 of the New York edition with the headline: Here to Help; Three Books on the Legacy of George H.W. Bush. Order Reprints | Today’s Paper | Subscribe