by Steven B. Smith

HIKING WITH NIETZSCHE
On Becoming Who You Are
By John Kaag
255 pp. Farrar, Straus & Giroux. $26.

Ask college students majoring in philosophy how they got interested in their subject and more than likely the answer will be “Nietzsche.”

Nietzsche has probably been more things to more people than any other philosopher. In the years after World War II, he seemed irreparably stained by his association with National Socialism. His open contempt for equality as a form of slave morality, his language of superior and inferior peoples and races, and his advocacy of a new elite that might reshape the future of Europe seemed more than enough to banish him from the canons of serious philosophical thought, if not simple decency.

The reconsideration of Nietzsche began as early as 1950 with Walter Kaufmann’s influential “Nietzsche: Philosopher, Psychologist, Antichrist,” which portrayed him as a German humanist in the tradition of Goethe and Schiller. Kaufmann traced the misappropriation of Nietzsche by Hitler to the influence of Nietzsche’s sister, Elisabeth, and her husband, Bernhard Förster, who bowdlerized his texts to support their own anti-Semitic and pro-Nazi sympathies. While few today accept the details of Kaufmann’s analysis, the rehabilitation of Nietzsche has been in full swing in recent years.

Nietzsche has been recovered as an ethicist teaching a creed of radical libertarianism, an aesthete who saw the world as akin to a piece of literature, a “perspectivist” who taught that all philosophy is essentially autobiography and more recently a deconstructionist and “critical theorist” who advanced his genealogical method against all received ideas. By this time, the Nietzschean clock seems to have come full circle.

The two books under review here ride the wave of this newfound fascination with Nietzsche, although neither engages directly with the complex legacy of his reception. Sue Prideaux’s “I Am Dynamite!” — the phrase is his self-description from “Ecce Homo” — follows Nietzsche’s life from his birth in 1844 into a family of pious Protestant burghers, his early academic accomplishments at the University of Leipzig and his appointment to a chair of classical philology at the University of Basel at the age of only 24. 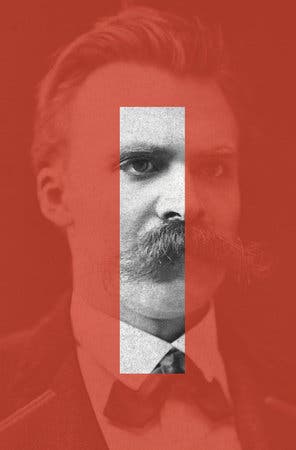 One might be forgiven for thinking that Nietzsche’s life would have taken the boring trajectory of scholarly studies followed by academic honors and other signs of accomplishment, something like that of his Swiss colleague Jacob Burkhardt. Instead, he took a violent turn away from his chosen profession with the publication of his first book, “The Birth of Tragedy,” in which he skewered academic philology in the name of the higher values of life and music. He has never been entirely forgiven. The best parts of Prideaux’s book focus on Nietzsche’s infatuation and his later break with Richard Wagner and Cosima von Bülow — the illegitimate daughter of Franz Liszt — who invited the young scholar to become part of their inner circle at their villa on Lake Lucerne.

Nietzsche’s life became increasingly erratic as a series of illnesses — whether real or imagined is not altogether clear — kept him away from teaching. It was during this period of self-imposed exile that he wrote his greatest and most enduring books, “The Genealogy of Morals” and “Thus Spake Zarathustra.” His later years were spent in wanderings throughout Italy and Switzerland before his final breakdown in Turin, where he threw his arms around the neck of a horse that he saw being beaten on the street, leading to his final institutionalization.

Prideaux ends her book deploring the Nazification of Nietzsche’s legacy, but without ever asking whether Nietzsche bears any responsibility for this misappropriation. Why did he write in a way that permitted such misuse? Dangerous thinkers should expect to attract dangerous followers. What else to expect from a philosopher who describes himself as dynamite? Nietzsche would no doubt have despised populist demagogues like Mussolini and Hitler, but then one who promises that “one day there will be associated with my name the recollection of something frightful” should not be surprised when something frightful comes along.

As the author of previous biographies of Edvard Munch and August Strindberg, Prideaux clearly knows her way around the world of European high modernism. She is strong on Nietzsche’s life, but much less so on his ideas. In fact, apart from Nietzsche’s ideas, his life is of relatively little import. She does little to explain what makes Nietzsche an enduring philosopher who continues to exercise great influence. Nor does she attempt to put Nietzsche in the context of his great fin de siècle contemporaries and admirers including William James, Freud, Gide and Shaw, among many others.

John Kaag’s book, “Hiking With Nietzsche,” is a semi-autobiography that follows the author as a 19-year-old, hiking to Sils-Maria in the Swiss Alps in search of Nietzsche’s house, then recounts him making the same trip 18 years later as a professor of philosophy with his wife and baby daughter in tow. It is often said that you can understand someone only when standing in their shoes; Kaag believes that wisdom comes only when hiking on their trails.

This book is less a scholarly study of Nietzsche than a meditation on the relation between hiking and philosophy. For Kaag, walking is not about the destination but the adventure itself. Almost all of the great philosophers — Socrates, Aristotle, the Stoics, Rousseau, Kant, Thoreau — were walkers whose ideas germinated only in motion. He takes Nietzsche’s challenge to “become who you are!” as a call to schlep his young family around the Alps to achieve his own goal of self-discovery. His wife must have the patience of a saint. 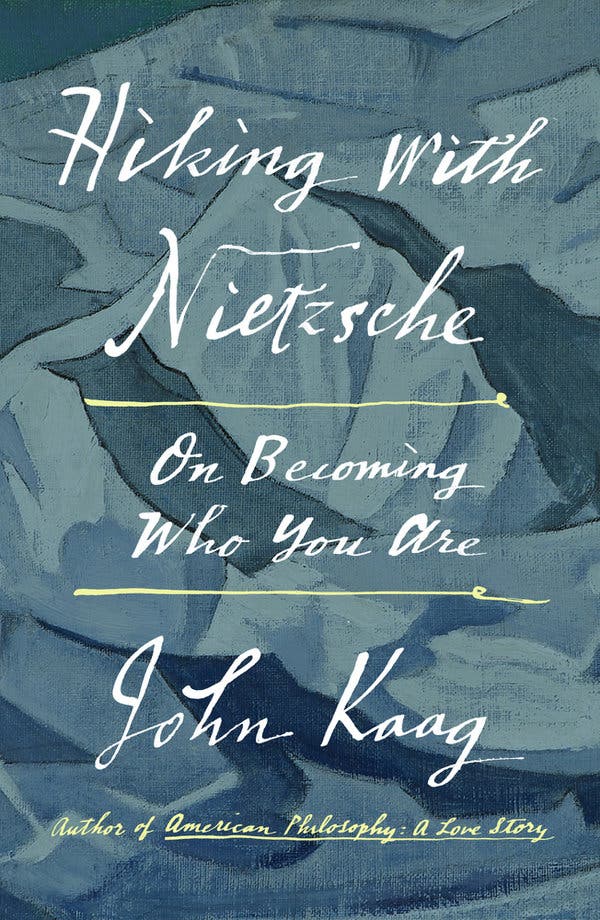 Kaag is a lively storyteller who brings Nietzsche’s life into continual contact with his own. This is both the strength and the weakness of the book. He succeeds quite well in maintaining a balance between Nietzsche’s life and thought and makes some nice connections to Emerson, Hesse, Mann and Adorno. I imagine he is an excellent teacher. At other times, a cloying style gets the better of him as we learn a little too much about the author’s parenting skills.

Like Prideaux’s, Kaag’s Nietzsche is a largely apolitical existentialist who challenges his readers to be what they might become. What he doesn’t tell us is how to become what we might be. Nietzsche is presented as the great apostle of the free spirit, the nonconformist and the rugged individualist living in the age of the philistine and the “last man.” Kaag doesn’t exactly ignore Nietzsche’s rough edges — his fascination with eugenics, his flirtations with anti-Semitism, his hatred of democracy in all its forms — but he sees them as not fatal to Nietzsche’s project of individual self-overcoming.

In the important new book “Dangerous Minds,” the political scientist Ronald Beiner argues that Nietzsche has become a part of the cultural air that we breathe. His intoxicating call to embrace liberation and to live up to our highest aspirations has inspired generations of novelists, playwrights and philosophers, to say nothing of countless undergraduates. Yet he also prophesied a world of “great politics” characterized by wars and revolutions fought over the very future of civilization.

Nietzsche was the Marx of the right, the original culture warrior who believed that the future belongs to those with the courage to face the nihilism of the present and mold it like potter’s clay. It is possible to think of Nietzsche’s Übermensch as a solitary walker responsible to no one but himself, but just as likely he was imagining a new Caesar, Borgia or Napoleon. To ignore this dimension of Nietzsche is to give him less than his due.

Steven B. Smith’s latest book is “Modernity and Its Discontents: Making and Remaking the Bourgeois From Machiavelli to Bellow.”

A version of this article appears in print on Nov. 25, 2018, on Page 17 of the Sunday Book Review with the headline: A Most Controversial Thinker. Order Reprints | Today’s Paper | Subscribe