My Friends,
I am baffled why my good friend Larry Moy’s commentary titled “Decoupling the US from Asia” has been blocked.  I find nothing nothing wrong with it.  I am  now posting it, as an act of defiance as I resent anyone who attempts to deny me of my right promote freedom of  expression. Let me find out find out the problem, fix it and come back to you, Larry.—Din Merican

“Decoupling the US from Asia” 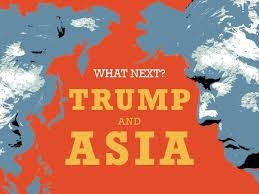 <
<I’ve tried to post this in your blog column “Decoupling the US from Asia”. Looks like I’m completely blocked from your blog. Good living and good luck, my friend. It has been a great pleasure knowing you. If you would like to do one last of my post to your blogt the recent summits of the ASEAN and APEC forum, Mike Pence played the role of “teleprompter Trump”, gave up America’s Asia game plan for 2019. And it won’t be pretty for policymakers, markets or investors in the most dynamic Asia-Pacific economic region. Expect Trump to double down on the trade war with China.

There will be NO BREAKTHROUGH with the Trump-Xi meeting in Argentina at the end of this month, if there would be a meeting at all. For the “trade war” is not about trade. Trump wants a total submission of China. He wants total dominance over China. He wants China to be an obedient lapdog. 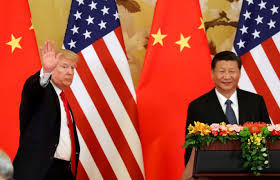 o one with any understanding of trade will believe that the $505 billion of goods China sent to the US in 2017 means Beijing ripped off American workers by that same amount. Pence’s October 4 “we-will-not-stand-down” China speech suggested 2019 could get even worse for Beijing and Asia. His November 17 comments – “The US will not change course until China changes its ways” – came with fresh warnings of new taxes on Chinese goods. In other words, “we want your total surrender first” . Pence’s assurance that “we’re here to stay” could mean a brutal 2019 for Asian stocks, export growth and epic volatility in currency markets.

Trump’s biggest misstep was believing Xi Jinping, a nationalist strongman, would buckle. The delusional idiot didn’t realize that the current group of Chinese leaders were all Red Guards during the Cultural Revolution era, toughened with nationalism. Just as Trump maintaining his deplorable base requires him looking resolute, Xi’s legitimacy in Communist Party circles relies on projecting Chinese strength. The Chinese leaders have decided to dig in for a protracted trade war, determined to go back to the poor days, rather than surrender to Trump.

Bowing to the hate-tweeter-in-chief isn’t an option for a Chinese president aiming to be in office long after the Trump era. China is prepared to go down in ruin with the US (兩敗俱傷). Xi believes that time is on his side. He doesn’t have to stand for reelection. He can wait out Trump.Trump may be thinking he is winning the “trade war” so far, but he is not. Besides tariffs on Chinese goods, which is actually taxes on American businesses, what other major weapons does he has?

So far, Xi’s team has pulled punches in its responses but the retaliations were pretty restrained. And Beijing has a rich selection of weapons, such as start dumping its $1.3 trillion of Treasury debt holdings, slamming the dollar and sending US interest rates skyrocketing. Sure, it would be a Pyrrhic victory. Any step that reduces the spending power of US consumers is bad for China’s ability to grow at 6.5%, but it would surely get Trump’s attention.

China could also impose exit taxes on US goods; make it harder for Chinese tourists to visit America and slow the flow of students dropping hundreds of thousands of dollars a year at US universities. China could clamp down on work visas for American executives and corporate licenses; doing surprise tax audits, inspections of US airlines, hotels, restaurants and adding new logistics bottlenecks that halt the flow of vital supplies; Trademarks could be revoked, or new taxes imposed. Capital controls could be imposed to impede the operations of US investment banks on the mainland. China could restrict export of rare-earth to completely disrupt the high tech industry in the US.. .But China has not done any of these. As Xi put it on November 17, “confrontation, whether in the form of a hot war, cold war or trade war, will produce no winners.”

Singapore’s Prime Minister Lee Hsien Loong asked the question on the mind of every Asian leader at last week’s ASEAN summit: What to do when they’re forced to choose between Trump’s America and Xi’s China? I believe this is a when and not an if question, and 2019 is the year decisions are due. Good luck with any balancing act.

2 thoughts on ““Decoupling the US from Asia””