The End of the Road for the Khmer Rouge Tribunal 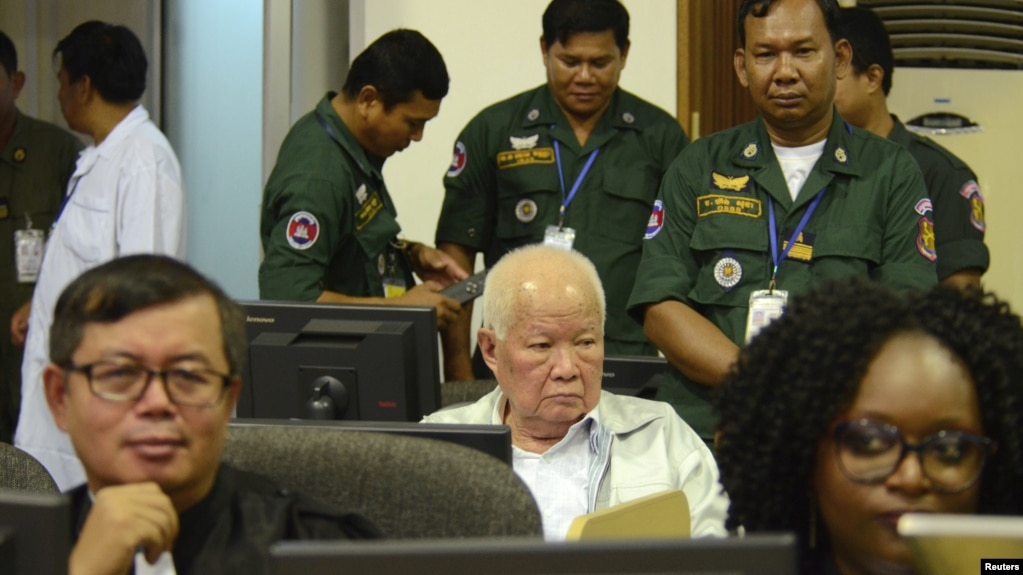 So what’s so significant about last week’s verdict?

First and foremost is the crimes that were considered as part of Case 002/02. The first conviction against Nuon Chea and Khieu Samphan had related primarily to the forced evacuation of Phnom Penh in April 1975 and to a specific instance (at Tuol Po Chrey in Pursat province) where members of the previous government’s military were killed. This second part of the case considered a much broader range of crimes, and crimes that reflect the experiences of many more Cambodians during the Khmer Rouge regime. 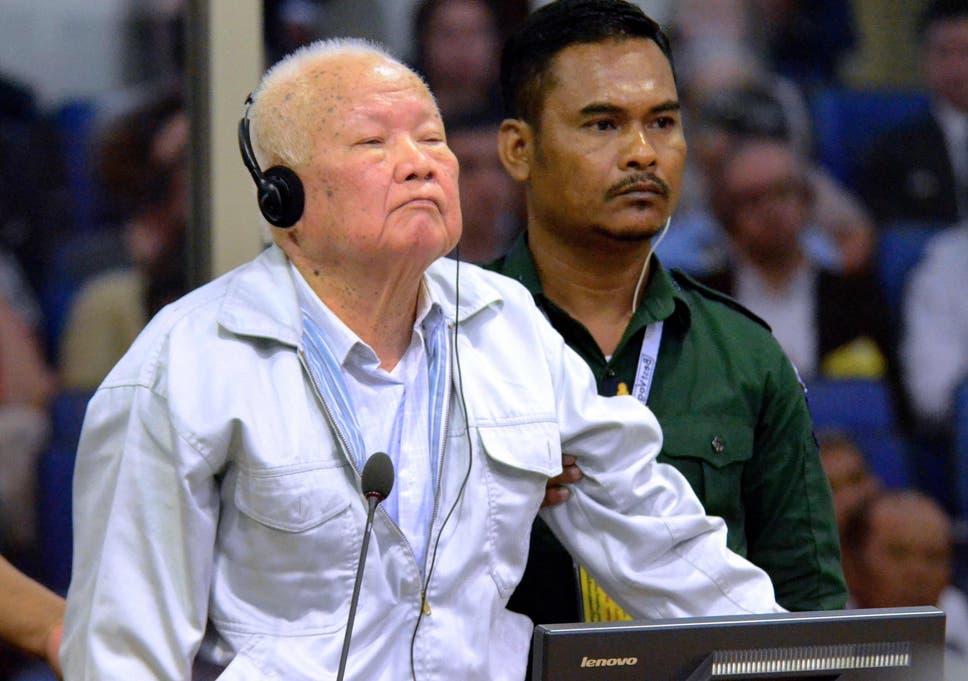 Case 002/02 included crimes related to the appalling conditions in cooperatives and worksites, torture and killings at security centres, discrimination against the Vietnamese, ethnic Cham minority, and Buddhists, and forced marriage. In a survey conducted in 2008, when Cambodians were asked which crimes Khmer Rouge leaders should be held accountable for, only 4.9% of them mentioned forced evacuation, which had been the focus of Case 002/01. On the other hand, 80% listed killing, 63% listed starvation, 56% listed forced labour, and 33% referred to torture. Trials such as those before the ECCC are meant to do more than just sentence perpetrators; they are tasked with contributing to a sense of substantive justice, and with helping to find the truth about what happened. So, although these two defendants had already been convicted and sentenced, it had not yet been for what were considered to be the right crimes.

There are two particular crimes worth drawing attention to: forced marriage and genocide.

The Khmer Rouge’s policy of forced marriage, and the rape that occurred within those forced marriages, was not well known before the ECCC, despite estimates now that  400,000 people were forcibly married under the Khmer Rouge. It is largely through the testimony of civil parties (victims who have become parties to the proceedings before the ECCC) and through the advocacy of their lawyers that this issue was brought into the spotlight.

In harrowing testimony, victims recounted how they were too scared to refuse to be married but that they “could see that some people shed their tears quietly”. Couples would be monitored in their homes the night of their marriage by Khmer Rouge cadre to ensure they consummated the marriage. Another victim recalled, “I had to sleep with my husband because I would be in danger if I did not sleep with my husband. Because there was a militiaman eavesdropping, I submitted myself to be a wife. I could not avoid, so I tried to take this”. Women who refused to have sex with their new husband were sometimes raped by local Khmer Rouge leaders.

Nuon Chea and Khieu Samphan were convicted of crimes against humanity for both forced marriages and the rapes that occurred with them. This conviction is significant from an international law perspective for recognising forced marriage as a gendered crime that was committed against both male and female victims, and for addressing it at a national scale. It is also highly significant to those victims who came forward after decades of silence. However, the ECCC has also been criticised for not addressing sexual violence that occurred under the Khmer Rouge in contexts other than forced marriage.

Undoubtedly, the genocide conviction issued by the ECCC received the greatest attention from the Case 002/02 verdict.

Nuon Chea was found guilty of genocide against the Vietnamese and the Cham, and Khieu Samphan was found guilty of genocide against the Vietnamese (but not the Cham, with the Trial Chamber finding that “the evidence did not rise to the level of proving that Khieu Samphan actively assisted or facilitated the execution of the genocidal policy against the Cham”). Curiously, the summary of the judgement notes that “Judge YOU Ottara appends a separate opinion on genocide to the Judgement”. This is the first separate opinion issued by a single Cambodian judge, but its contents are not yet known.

There is immense power in the label of genocide. The actions covered by the conviction for crimes against humanity are just as horrific, yet it is those considered genocide that often attract far more attention. This is just as true in Cambodia, where the Khmer Rouge period is referred to as a genocide in Khmer (ប្រល័យពូជសាសន៍).

Legally, however, genocide only refers to the “intent to destroy, in whole or in part, a national, ethnical, racial or religious group”. This has led to divisive debates amongst scholars of Cambodia over whether some or all of the crimes committed by the Khmer Rouge could be considered genocide. It also means that the experiences of ethnically-Khmer Cambodians (the vast majority of the population) are not covered by the definition, and the ECCC has not found the crimes committed against them to be genocide.

Here is where the verdict is ripe for misinterpretation. News headlines are very carefully crafted to engage readers by referring to genocide without explicitly misrepresenting the verdict (for example, the New York Times said “Khmer Rouge’s Slaughter in Cambodia is Ruled a Genocide”). For most people, Cambodian and foreigners alike, the details of this verdict will have little to no impact compared to the overarching label of genocide. However, there is a longstanding concern that if it enters into public consciousness in Cambodia that the ECCC found the treatment of the Vietnamese was a genocide but that the treatment of the Khmer was not, that this could further inflame anti-Vietnamese sentiment.

The final question to ask about the ECCC and Case 002/02 is: where to from here?

Last week, a summary of the judgement was read out before the Trial Chamber and released online. However, the full judgement is not yet available, with the only information given is that it will be released “in due course”. This decision has been criticised in a report from Stanford University’s WSD Handa Center for Human Rights and International Justice noting that Cambodia’s (notoriously weak) judiciary often relies on summary judgements without full reasoning, and that the ECCC had a chance to leave a different legacy.

The timeline for appeals will not start until this full judgement is released, although both defence teams have already flagged their intention to file appeals. In Case 002/01 the judgement was announced in August 2014 and the appeals proceedings concluded in November 2016. The current completion plan for the ECCC, foresees an appeal judgement in Case 002/02 in the third quarter of 2020.

As for trials against other suspects, myself and other New Mandala contributors have written about the reasons why it is highly unlikely these contentious cases will go ahead. In the aftermath of the Case 002/02 verdict, Minister of Interior Sar Kheng said that since there are “no more” top Khmer Rouge leaders, the government’s policy is that “now this process has ended”. It is hardly surprising, but serves as additional evidence that once the Case 002/02 appeals conclude, so too will the ECCC.

Rebecca Gidley is the author of Illiberal Transitional Justice and the Extraordinary Chambers in the Courts of Cambodia.