WELL Done, Jim, you have earned your Badge of COURAGE FOR CNN

The revocation of Jim Acosta’s press credentials by the White House is the act of a banana republic dictatorship. To deny press credentials to a well-known, legitimate reporter for no other reason than that the President doesn’t like his questions is unprecedented in the United States and reveals the autocratic intentions of President Donald J Trump.

This action must not pass unnoticed in the chaotic swirl of events unleashed by President Trump. Members of Congress, the rest of the press and the American people themselves must stand up against this abuse of executive power.

This attack on an independent press needs to be answered not just by condemnation but also by collective action. The Times and other mainstream media should all turn in their White House press credentials and refuse to enter the White House until Jim Acosta’s credentials are restored. Starved of the attention he constantly seeks, President Trump will likely retreat. In any case, losing White House access is preferable to allowing an authoritarian president to decide who gets to cover him. 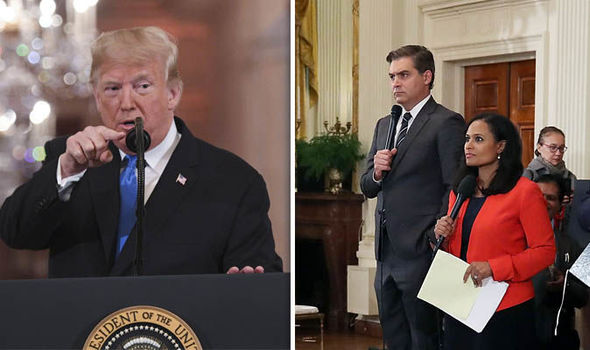 5 thoughts on “WELL Done, Jim, you have earned your Badge of COURAGE FOR CNN”