Ever since the 2008 financial crash and subsequent recession, economists have been pilloried for failing to foresee the crisis, and for not convincing policymakers of what needed to be done to address it. But the upheavals of the past decade were more a product of historical contingency than technocratic failure.

BERKELEY – Now that we are witnessing what looks like the historic decline of the West, it is worth asking what role economists might have played in the disasters of the past decade.

From the end of World War II until 2007, Western political leaders at least acted as if they were interested in achieving full employment, price stability, an acceptably fair distribution of income and wealth, and an open international order in which all countries would benefit from trade and finance. True, these goals were always in tension, such that we sometimes put growth incentives before income equality, and openness before the interests of specific workers or industries. Nevertheless, the general thrust of policymaking was toward all four objectives.

Then came 2008, when everything changed. The goal of full employment dropped off Western leaders’ radar, even though there was neither a threat of inflation nor additional benefits to be gained from increased openness. Likewise, the goal of creating an international order that serves everyone was summarily abandoned. Both objectives were sacrificed in the interest of restoring the fortunes of the super-rich, perhaps with a distant hope that the wealth would “trickle down” someday.

At the macro level, the story of the post-2008 decade is almost always understood as a failure of economic analysis and communication. We economists supposedly failed to convey to politicians and bureaucrats what needed to be done, because we hadn’t analyzed the situation fully and properly in real time.

Some economists, like Carmen M. Reinhart and Kenneth Rogoff of Harvard University, saw the dangers of the financial crisis, but greatly exaggerated the risks of public spending to boost employment in its aftermath. Others, like me, understood that expansionary monetary policies would not be enough; but, because we had looked at global imbalances the wrong way, we missed the principal source of risk – US financial mis-regulation.

Still others, like then-US Federal Reserve Chairman Ben Bernanke, understood the importance of keeping interest rates low, but overestimated the effectiveness of additional monetary-policy tools such as quantitative easing. The moral of the story is that if only we economists had spoken up sooner, been more convincing on the issues where we were right, and recognized where we were wrong, the situation today would be considerably better.

The fact that Obama failed to take aggressive action, despite having recognized the need for it beforehand, is a testament to Tooze’s central argument. Professional economists could not convince those in power of what needed to be done, because those in power were operating in a context of political breakdown and lost American credibility. With policy making having been subjected to the malign influence of a rising plutocracy, economists calling for “bold persistent experimentation” were swimming against the tide – even though well-founded economic theories justified precisely that course of action.—Bradford DeLong 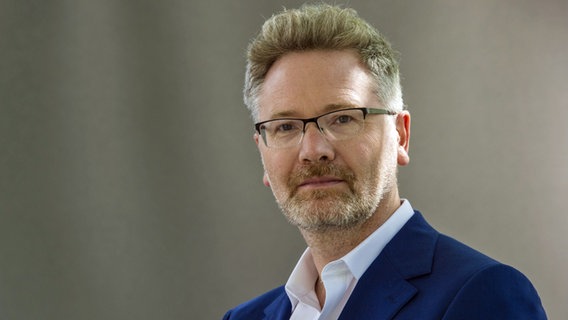 The Columbia University historian Adam Tooze has little use for this narrative. In his new history of the post-2007 era, Crashed: How a Decade of Financial Crises Changed the World, he shows that the economic history of the past ten years has been driven more by deep historical currents than by technocrats’ errors of analysis and communication.

Specifically, in the years before the crisis, financial deregulation and tax cuts for the rich had been driving government deficits and debt ever higher, while further increasing inequality. Making matters worse, George W. Bush’s administration decided to wage an ill-advised war against Iraq, effectively squandering America’s credibility to lead the North Atlantic through the crisis years.

It was also during this time that the Republican Party began to suffer a nervous breakdown. As if Bush’s lack of qualifications and former Vice President Dick Cheney’s war-mongering weren’t bad enough, the party doubled down on its cynicism. In 2008, Republicans rallied behind the late Senator John McCain’s running mate, Sarah Palin, a folksy demagogue who was even less suited for office than Bush or Cheney; and in 2010, the party was essentially hijacked by the populist Tea Party.

After the 2008 crash and the so-called Great Recession, years of tepid growth laid the groundwork for a political upheaval in 2016. While Republicans embraced a brutish, race-baiting reality-TV star, many Democrats swooned for a self-declared socialist senator with scarcely any legislative achievements to his name. “This denouement,” Tooze writes, “might have seemed a little cartoonish,” as if life was imitating the art of the HBO series “Veep.”

Of course, we have yet to mention a key figure. Between the financial crisis of 2008 and the political crisis of 2016 came the presidency of Barack Obama. In 2004, when he was still a rising star in the Senate, Obama had warned that failing to build a “purple America” that supports the working and middle classes would lead to nativism and political breakdown.

Yet, after the crash, the Obama administration had little stomach for the medicine that former President Franklin D. Roosevelt had prescribed to address problems of such magnitude. “The country needs…bold persistent experimentation,” Roosevelt said in 1932, at the height of the Great Depression. “It is common sense to take a method and try it; if it fails, admit it frankly and try another. But above all, try something.”

The fact that Obama failed to take aggressive action, despite having recognized the need for it beforehand, is a testament to Tooze’s central argument. Professional economists could not convince those in power of what needed to be done, because those in power were operating in a context of political breakdown and lost American credibility. With policymaking having been subjected to the malign influence of a rising plutocracy, economists calling for “bold persistent experimentation” were swimming against the tide – even though well-founded economic theories justified precisely that course of action.

Still, I do not find Tooze’s arguments to be as strong as he thinks they are. We economists and our theories did make a big difference. With the exception of Greece, advanced economies experienced nothing like a rerun of the Great Depression, which was a very real possibility at the height of the crisis. Had we been smarter, more articulate, and less divided and distracted by red herrings, we might have made a bigger difference. But that doesn’t mean we made no difference at all.1

J. Bradford DeLong is Professor of Economics at the University of California at Berkeley and a research associate at the National Bureau of Economic Research. He was Deputy Assistant US Treasury Secretary during the Clinton Administration, where he was heavily involved in budget and trade negotiations. His role in designing the bailout of Mexico during the 1994 peso crisis placed him at the forefront of Latin America’s transformation into a region of open economies, and cemented his stature as a leading voice in economic-policy debates.

2 thoughts on “Blame the Economists?”