“Euphoria is dying off and bodies like Bersih, he continued, have started criticizing the new government. Many from civil society are keeping silent. “I suppose the saving grace is that Najib and his cohorts are gone. But that can’t console people forever.”_- J. Berthelsen

Six months into the rule of Malaysia’s new reform government, the bloom has started to fade as the Pakatan Harapan coalition attracts growing criticism while it seeks to find its feet against the political and economic debris left by the outgoing Barisan Nasional, driven from power on May 9 after six-plus decades in office.

The problems the government faces were starkly outlined on Nov. 1 by Finance Minister Lim Guan Eng in a marathon 14,000 word speech outlining the 2019 budget, in which he stated that the previous government, which he characterized as “kleptocratic,” had understated debt and liabilities by nearly 40 percent, rising to a stunning RM1.05 trillion (US$256.8 billion) in an effort to hide corruption, and that debts from the scandal-scarred 1Malaysia Development Bhd development fund could total as much as RM43.9 billion, not including RM7 billion in interest secretly paid on 1MDB debts using taxpayer money illegally.

To Malaysia’s credit, the frighteningly poisonous racial equation, in which ethnic Malays make up about half the population, the Chinese 23 percent and Indians 7 percent, with the rest split between expatriates and bumiputera tribes in East Malaysia, seems to have cooled markedly. The previous government’s attempt to use fundamentalists Islam to pound minorities has largely ceased although UMNO and the fundamentalist Parti Islam se-Malaysia continue to attempt to fan the flames. It remains to be seen what strains there are between the Chinese-dominated Democratic Action Party, Mahathir’s Parti Bersatu Pribumi, and Anwar Ibrahim’s moderate, urban Malay Parti Keadilan Rakyat – and what internal strains there are inside PKR.

The country is faced with a long series of monumental tasks – rebuilding a judiciary that was thoroughly corrupted by the previous government’s 61 years in power. The education system is a shamble, built on Malay privilege instead of academic achievement.  Lim called attention to educational shortcomings with a long series of measures allocating funds to lower-income students, upgrading failing schools and educational infrastructure, training and vocational education programs. Other sources say the government is being hamstrung to a certain extent by a civil service loyal to the previous government. 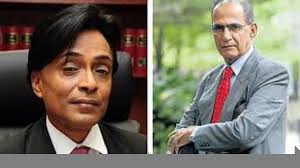 A series of murders including that in 2006 of Mongolian translator and party girl Altantuya Shaariibuu, AMBank founder Hussain Najadi and prosecutor Kevin Morais (pic above), all believed to be at the hands of high government officials, remain to be solved or even looked into.

The new government, caught by circumstances, has compounded its problems by campaigning against a deeply unpopular Goods and Services Tax (GST) implemented by the government of former Prime Minister Najib Razak, and then actually repealing it once in office, leaving a gigantic hole in government revenues.

‘–at the same time it has agreed to go along with Mahahir’s ill-conceived hobby horse, another national car project.

…That is despite 30-odd years of his previous ill-conceived hobby horse, the Proton national car, which cost the treasury billions of ringgit and billions more to consumers in lost opportunity costs from paying through the nose for heavily tariffed competitors. “- J. Berthelsen

It is seeking to fill the hole with a variety of piecemeal taxes – at the same time it has agreed to go along with Mahahir’s ill-conceived hobby horse, another national car project. That is despite 30-odd years of his previous ill-conceived hobby horse, the Proton national car, which cost the treasury billions of ringgit and billions more to consumers in lost opportunity costs from paying through the nose for heavily tariffed competitors.

“There was a lot of euphoria when Pakatan won the elections, but expectations were also very high,” said a prominent business source in Kuala Lumpur. “They have a small window. If they don’t deliver, that window will start closing.  But unfortunately, politicians will be politicians. They are inexperienced, and the euphoria is wearing off. So far, we have had no exciting government programs. New Malaysia is like Old Malaysia, minus Najib Razak and his 40 thieves.”

Najib and his wife Rosmah Mansor have both been arrested and are expected to go on trial next year. Hundreds of millions of dollars have been confiscated by Malaysian and US authorities although hundreds of millions more, perhaps billions, remain outside he government grasp.  Jewelry, handbags, watches, cash and other riches belonging to Rosmah that have been confiscated total at least US$273 million, putting her in a league even above Imelda Marcos, the wife of the late Philippine strongman Ferdinand Marcos, who held the public record for corruption. It remains to be seen if the Najibs surpass it.

The businessman’s assessment could be a bit pessimistic.  The government has abolished with capital punishment and the press appears to remain largely free despite reluctance on the part of the government to abolish a “fake news” bill pushed through at the last minute by the previous administration in an effort to muzzle pre-election critics.

But a sedition act used against the previous government’s foes remains on the books and has been used against critics. Civic organizations including Suaram have called attention to government inactions on a variety of rights issues. There is also concern on the part of the Coalition for Free and Fair Elections, known as Bersih, and others that MPs from the thoroughly disgraced United Malays National Organization are migrating to Parti Pribumi Bersatu Malaysia, headed by once and current Prime Minister Mahathir Mohamad, diluting the reformist zeal of the Pakatan Harapan coalition.  Although as many as 40 UMNO MPs are said to be contemplating such a move, Mahathir said they would be vetted individually and known crooks would be kept out.

The headwinds outlined by Finance Minister Lim paint a pessimistic picture for both business and government. With the Trump administration cracking down on trade in Washington, DC, and the global economy beginning to slow, the budget, at a record RM314.6 billion, is forecast to run 3.7 percent of GDP in the red with economic growth expected to slow to 4.8 percent from 5.9 percent in 2017.  The ringgit, Malaysia’s currency, has fallen by 10 percent against the US dollar, in line with troubles across the world as interest rates rise in the United States, causing a flight out of emerging markets.

Lim, in his speech, set out a series of measures designed to help business and vowed to get government out of commerce, saying “clearly, government owned companies have been competing directly with private companies in non-strategic sectors. The outcome was the apparent ‘crowding out’ of private sector investments where private companies are unable to grow and compete.”

The private sector, he said, must lead, and the finance ministry is expected to establish a task force designed to evaluate and reduce duplication of functions,  a ray of hope that the country’s notorious rent-seeking government-linked companies, which funneled millions from inflated contracts to UMNO, could be cut back and its even more notorious cronyism could be reduced.

“Going forward, the government will focus its expenditure and investments only in strategic sectors and areas where the markets are unable to meet the needs of the people,” he said..

Nonetheless, business investment remains lackluster while the sector tries to figure out which way the government is going to go.

“Malaysia will undoubtedly be affected by the US-China trade war given that both these countries are among our top three trading partners,” Lim said in his budget speech. Exports remain a significant driver of the economy, particularly including electronics, oil and gas and palm oil.

Comeback kids: Like Dr M, other political figures have had second and even third acts during their careers, including (from left) Netanyahu, Abe, Berlusconi and Churchill

Leadership remains somewhat unsettled, with Mahathir, at 93 the world’s oldest government leader, committed to staying for two years after the formation of the government. Anwar Ibrahim, now 71, has been waiting in the wing for decades, from the time when he was Mahathir’s chosen successor only to be fired and jailed after disagreements in 1998. Although he said he would study abroad and recover from his most recent imprisonment, he forced a by-election to return to parliament a few weeks ago, disconcerting some of his followers, who accused him of acting too quickly.

In the meantime, two of Anwar’s deputies – Mohamad Azmin Ali, the Minister of Economic Affairs, and Rafizi Ramli, the Parti Keadilan general secretary,  are staging their own internecine squabble to become deputy party leader with an eye to succeeding Anwar, raising concerns over party – and coalition – unity.  Pakatan Harapan remains a work in progress. Azmin is said to be aligned with Mahathir, Rafizi with Anwar.

That raises the spectre of Mahathir and Anwar continuing to try to do in each other despite public pledges of amity, including Mahathir campaigning for Anwar in the Port Dickson by-election that brought him back into the parliament.

“The Harapan guys thought that since they couldn’t get worse than Najib, people would continue to support them,” another source said. “They forget that there will always be alternatives; if not in the next five years, then in the next 10 maybe.  Inflation is creeping up; wages have not gone up; new taxes are being introduced and people still struggle to put food on the table. Business is slow; businessmen are not re-investing as they are unsure of this government’s policies.” 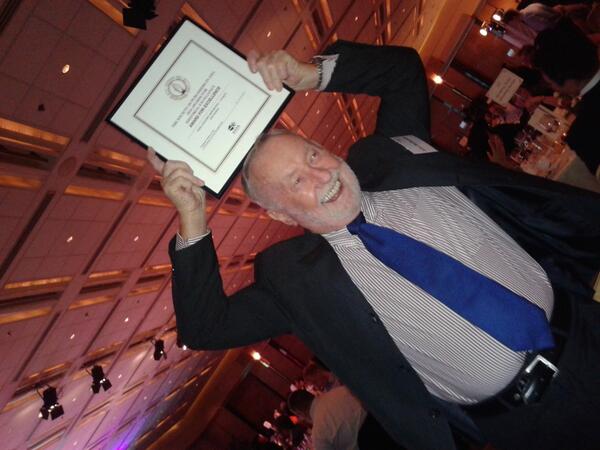 Euphoria is dying off and bodies like Bersih, he continued, have started criticizing the new government. Many from civil society are keeping silent. “I suppose the saving grace is that Najib and his cohorts are gone. But that can’t console people forever.”